Apple Macs are ready for the enterprise. Unsurprisingly, they can already be found in organisations of all sizes. The five sigma announcement by CERN of the Higgs boson bordered on an Apple advertisement. IBM has more than 10,000 Macbooks deployed. My own SME clients have heterogeneous networks, some are even Mac only.

With so many organisations deploying so many Macs, we can no longer rely on the psychological crutch that these units are seeing service simply because of the ego or desire of a handful of top brass. My personal experience says that business Mac usage is being driven by employees looking for comfortable and familiar environments; the results of BYOD policies at IBM, Intel, Google and other large organisations would seem to agree. It would seem that when everyday people are given the choice of computer platform, we do not all choose the same thing. Let's review what it takes to make the jump.

Playing nicely with others

A network of any appreciable size has some form of centralised authentication in place. Synchronising local users so everyone can access shared resources isn't feasible; a directory service becomes the logical choice. Coaxing Macs into playing along with directory services has sometimes proven to be a small challenge. Fortunately for sysadmins everywhere, this has changed with recent releases.

For small networks - or Mac-only networks - I see little advantage to using Active Directory to tie your network together. In a Windows-only environment, Group Policy Objects (GPOs) and Preferences (GPPs) give small-network administrators powerful options to control systems on their networks. Their ROI argument is diminished in modern heterogeneous environments.

LDAP-based directories - which share common ancestry with Active Directory - are available from multiple vendors. Virtually every Linux distribution comes with one; Apple's own OS X Server has one as well. For deployments below 25 devices, I prefer using the LDAP server built into Synology DiskStations. Synology's NASes are excellent "small-business server" appliances. Using pGina, legacy Windows systems can be joined to these open LDAP servers.

For predominantly Microsoft deployments, Active Directory is the only sensible choice. Macs don't disappoint; OSX 10.8 (Mountain Lion) "just works" [PDF] with Active Directory. A few simple clicks and you are logged in with domain credentials. If you want more robust Active Directory integration than is provided by OS X itself, Thursby's ADmitMac has a cult following and for good reason. 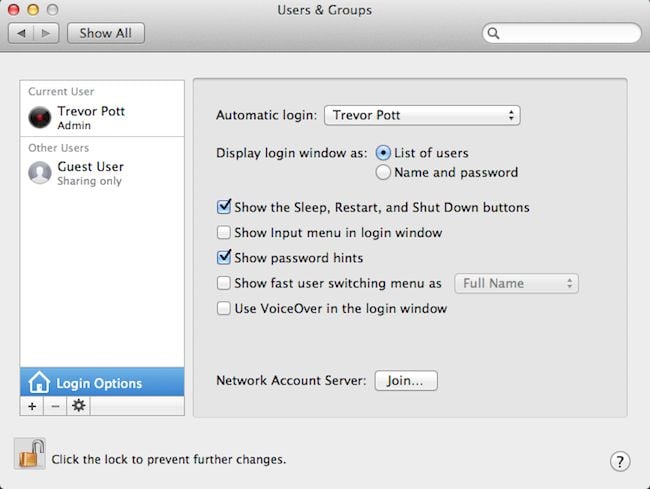 There can only be one Trevor Pott... hopefully
Click to enlarge photos

None of this should be taken to suggest that Macs cooperate in a centrally managed environment without their own quirks. Macs don't require you to enter the domain portion of a login, instead iterating through its directory search sequence in a linear fashion. You can specify a domain suffix (trevor@pott.local, for example) or you can log in with just your username and hope that the user isn't replicated in any of the other domains on the trust list. Not a problem for smaller organisations; potentially big headache for larger ones.

Mac OS X Mountain Lion also contains a bug regarding profile naming. If the user trevor@pott.local has been accessing the system, the Mac is disjoined and then rejoined to a new domain and then trevor@theregister.local logs in, the Mac will assign trevor@pott.local's profile to trevor@theregister.local. This can lead to some truly bizarre behaviour, such as phantom icons in the dock, or system preferences applets crashing when you try to launch them. (Specifically, the "Users & Groups" and "Security & Privacy" applets.) Deleting the offending profile and logging back in resolves the issue.

iSee you! A phantom iPhoto icon in the Mac OS X dock

Macs have robust, reliable software for accessing shared company resources. NFS and SMB shares "just work". Whereas it took fiddling in previous versions to get Macs to play nice with Windows network, Mountain Lion has given me no grief at all using either Windows Servers, my Synology NAS or the Drobo B1200i I have on loan. 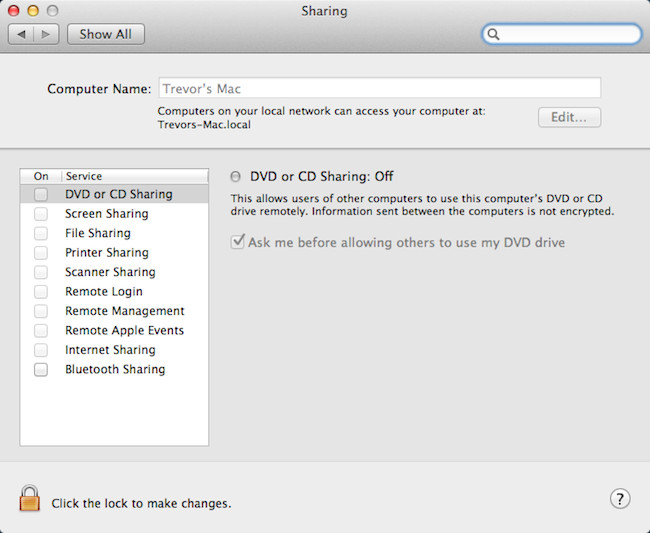 The globalSAN iSCSI initiator works like a charm; the Drobo is screamingly fast and fed LUNs for virtualisation and backups quite reliably. I haven't been able to tip any Macs over using any of these common file-server protocols on either IPv4 or IPv6. Mountain Lion also comes with a solid VPN client, sealing the deal on communicating with other systems in most business networks.

Designed for Windows doesn't mean you must use Windows.

What if you have Windows-only applications that Mac users need to use? A lot of legacy software is still Windows-only, and there remain today developers who don't make their software cross-platform. If you must use these applications, don't despair. Solutions to this problem exist.

Virtual Desktop Infrastructure (VDI) is a popular solution to the legacy application problem. For simple applications, straight up RDP will do; Microsoft offers a client with its Office suite. CoRD has proven to be a reliable alternative for those choosing another productivity package. VMware's View is ready for OS X if you need a high-performance centrally delivered desktop.

Client-side virtualisation is also a worthy consideration. Macs don't tend to skimp on the hardware. Both Parallels and VMware's Fusion are capable of delivering fully graphically accelerated Windows environments on your Mac. Everything from CAD software to video games works smoothly in either application. If your needs tend more towards the delivery of a single application, App-V is a great transition technology.

Most software vendors have realised that the days of Windows-only environments are numbered. Nobody wants to be relegated to a legacy software provider that entire companies can't wait to ditch, and so the number of applications being written either native to the Mac or for web delivery is on the rise. Many critical business applications, such as Microsoft Lync, now have Mac clients and this trend isn't looking to reverse any time soon.

Next page: Backups. You do have backups, right?
Page:
Corrections Send us news
44 Comments