Mmm, what's that smell: Coffee or sweat? How to avoid a crap IT job 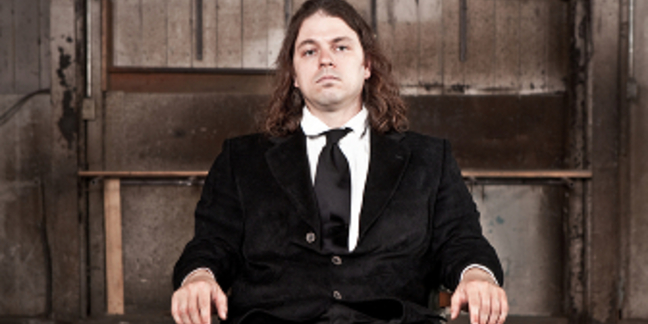 Part 1 Do not try picking up a girl with the line: “You’re not as fat as my current girlfriend; if you sleep with me I’ll drop her as soon as she’s finished painting our bedroom.” Trust me on this, it doesn’t work. It should set off alarm bells in anyone's head.

Yet during job interviews, hopefuls are told things like: “We’re ditching those fat old VisualBasic peasants after this project because our future is with sharp HTML5 guys like you.” If you hear such words, it's a beautifully clear signal that you should run rather than walk to your next interview.

I was the first person in the UK to write a VisualBasic program; it was not that long ago that VisualBasic was sex on legs. But few skills have more than five years in the sun. Hiring managers say things like the above because they work too often; there is a tipping point in getting a job where the process moves from you selling to them to them selling to you. There is honesty involved, but not always in the way you think.

Smell the coffee - if you get any

During one particular interview, the hiring bosses drank their coffee without offering any to me, yet they seemed genuinely surprised when I flatly refused to come for the second interview. That’s rare, but if they don’t show basic politeness by offering you a drink, thanking you for coming, and not leaving you dangling in reception for what feels like an eternity, they aren’t showing respect. I don’t imagine that interviewers are actually grateful that I spent 20 minutes coming to their offices, or that they will better understand my skills if my caffeine level is raised, but if they don’t put in the effort when they are trying to woo you, a stranger, will it be any better when you are a wage slave?

That means little things - such as how flexible they are about interview times and the minor details of your compensation and joining date - are each a signal, which is a word I use perhaps too much in these articles. If an interviewer doesn’t even try to send good vibes, that's also a signal.

Coffee also tells you about the stability of the firm: the bill for providing it can run into serious money in a large outfit but it's never a large percentage of the cost base. However at some point a bean counter may see the bill and decide he or she can save dozens of bucks on drinks and get a pat on the head. Cut here and there, earn a pat on the head. When I first pitched up at IBM we had tea ladies with fresh brews and buns on trollies, a service that was repeatedly downgraded until we had to put up with something lukewarm that was supposed to taste like coffee. Not long after that IBM reported the largest loss ever made by any company.

It really does matter that you aren’t kept waiting in reception, that you are given a beverage and that they are generally polite. In real life your boss isn’t going to get you coffee, but a big theme in this piece is respect. Also it tells you about the power of your new boss, in part two of this series I will help you spot crap managers, but power is good.

Why questions are answers

You’re an IT pro, you do hard things, some so hard that others declared them impossible. So if you get soft questions, you should be wary. The first clue is that things other than technical competence are key in the company: political shrewdness or sales skills perhaps, looking neat in front of users or clients, or being the right “type” as above. It also signals that the person interviewing you hasn’t really mastered the tech, which not only tells you about his or her ability it also should make you wonder why the staff who do know your specialty aren’t asking the questions.

At one place I was reduced to programming a nearly technical manager with: “Say this and if the interviewee smiles or even laughs in response, they actually get this stuff.” That speaks volumes to the heaviness of bureaucracy and observance of status, but be careful in how you apply this hint.

I’ve had a couple of roles where they hired me because they didn’t yet have anyone who could do some part of the work, and resorted to the entertaining game of firing hard SQL questions at me to judge my C++ skills. Their reasoning was that if I was telling the truth about my strong grasp of SQL, they could trust the assertions about C++.

Questions also speak volumes about the real work. We all know that software development is mostly bug hunting and sysadmins do a lot more firefighting than their job spec says, but if you are asked questions about VisualBasic talking to Oracle that means you will be doing VB-O regardless of the job advert and recruiter insisting “they’re doing sexy high-frequency trading with FPGAs and C++”.

Next page: What not to say: 'You should be grateful - the fact that my C++ compiles at all is impressive'
Page:
Tips and corrections
140 Comments

All fixed now so get back to work