As Daniel Craig enjoys his third outing as Britain's most famous spy, fans who didn't get to see the film this weekend are rubbing their hands together in anticipation of 007's latest gadget collection.

While we expect any contraption to feel futuristic and perhaps implausible, the gizmos on show from Bond films of yesteryear prove that what seems farfetched at the time, could easily become reality. They may have even been a secret reality for many years already at the time of the film's release.

Here's a look at some of Bond's weaponry and get-out-of-jail-free cards over the years; their potential for transposition to reality; and, finally, the likelihood of a real secret agent using them.

Every secret agent needs a reliable gun. Fleming equipped 007 with a Walther PPK after advice from fellow writer and firearms ace Geoffrey Boothroyd, who insisted it better than the Beretta Bond was using in From Russia with Love.

The spy subsequently adopted the PPK in Dr No, after guidance from a "Major Boothroyd", who would later be known simply as "Q". The scene was repeated in Bond's big screen debut of the same name, and the PPK starred as the primary pistol in nearly all subsequent films. 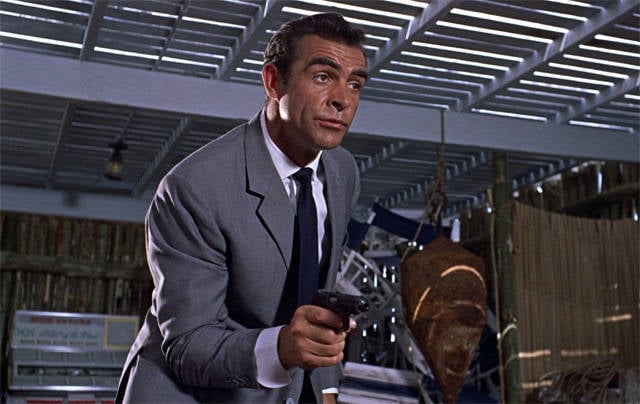 The latest movie, Skyfall, sees 007 upgrade his 7.65mm PPK to a larger 9mm version - equipped with Judge Dredd-style palm print activation - but just how ideal is a PPK for a real-life secret agent?

Well, Boothroyd was pretty close to the mark. The PPK was indeed favoured by many covert operatives, with MI5, MI6, Deutsche BND, French SDECE and Israel's Mossad said to be among various secretive firms to adopt it. Even in today's age of tantalising tech, a number of undercover police and secret service agents still swear by them. 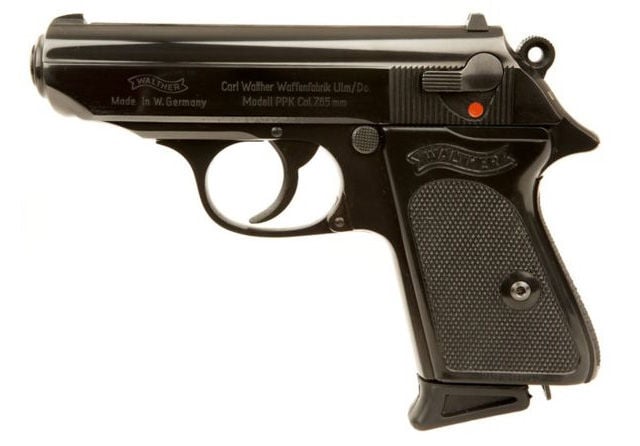 Still, every gun has its time and place, and various firearms are used dependent on the situation. The Soviet-developed PSS Silent Pistol is regularly applied for short-range combat where silence is essential, while armour-piercing weapons such as the Russian SR-1 9mm is another popular choice for those after a bit more oomph, apparently. It's claimed the SR-1 9mm can penetrate a flak vest containing one or two titanium plates, 1.4mm thick, or 30 kevlar layers, or a steel sheet, 4mm thick, at ranges of up to 30 meters.

However, for many spies carrying an obvious firearm could jeopardise their position and, believe it or not, those in stealth mode generally stick to concealed weapons knocked up by real-life Qs. More about that on the next page.