Microsoft wants to release a 7in gaming tablet, with hardware planning for an "Xbox Surface" already in the works, sources claim.

Details of the device - which was first mooted in June when speculation pointed towards an E3 games show reveal - indicate the use of custom ARM chippery and high-bandwidth memory geared specifically towards gaming, the Verge reports.

Moles who claim to be in the know say the specifications could be altered to incorporate an as-yet-unannounced Intel SoC, however.

The Xbox Surface will run a custom Windows kernel focused on gaming activities, although messaging and other basic tablet functions would probably be supported too. 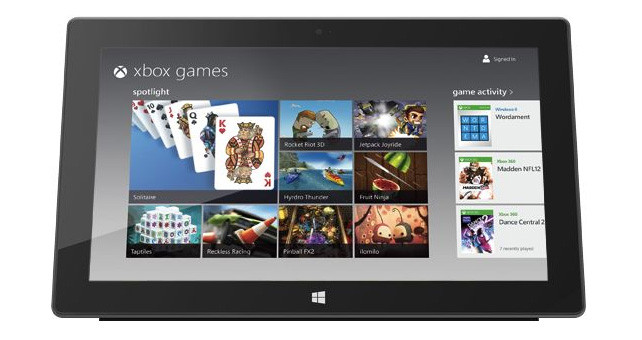 Mum's the word as usual at Redmond HQ, with a spokesperson refusing to comment on rumours.

Those unable to keep their tongues to themselves say we'll see an Xbox Surface tablet launch ahead of the much-rumoured 'Xbox 720' console. But an exact release timeframe for that badboy remains just as firmly in the speculative realm. ®