"His name is Desmond Miles and he has brought us to the end." So begins Assassin's Creed 3. Frankly, if you believe this really is the end then you'll believe anything. No, rather than an end, AC3 is a fresh beginning, a place for new hero Connor Kenway to "rise" as the game's tagline puts it – form an orderly queue behind Batman, Mr Kenway. 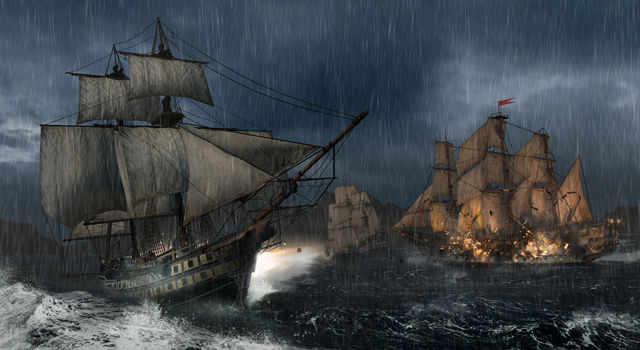 For those not au fait with the on-going tribulations of the Assassin's Creed franchise the series tells the tale of a secret war which has waged for centuries between the Templars (bad) and the Assassins (good – though just as likely to indiscriminately kill, it seems).

Thankfully, there's a whole three minute intro sequence which explains the nuances. Yet, for those of us who have toiled through the previous four titles, it's with no small amount of chagrin that all those hours of stabbing, climbing, leaping and then climbing some more, can be condensed into a three minute summary. This rather confirms what I've always suspected: that the second and third parts of AC2 really could have been add-on packs. 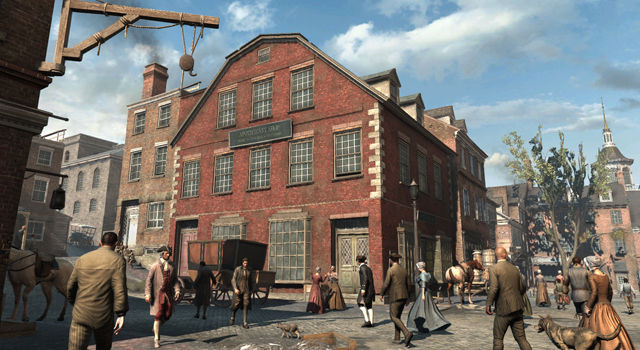 Regardless, here we are, taking the first tentative steps into a full successor replete with aforementioned debutant hero. The fresh setting takes us away from continental Europe's Renaissance period and into the brave new world of the American Revolution. It's an even more expansive area to play in and for the first time includes naval battles, as Connor turns captain and takes to the high seas.

A word first on the visuals. Admittedly, I'm judging by the Xbox 360 version, they've not improved too much in terms of textures or draw distance. However, they have been wonderfully expanded in terms of animation – making Connor's interaction with his world all the more believable. See him sidle up to a wall before smoothly edging around it, or subtly easing a passer-by out of his way as he stalks his prey. 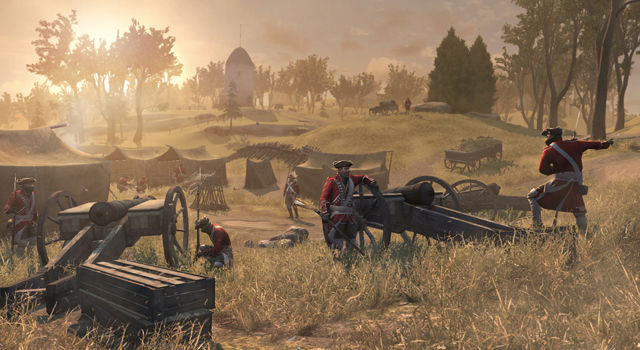 Field of their own

His surroundings are more dramatic as well with snow drifts, the use of sunlight, trees as climbing aids and that luscious water during naval sections. These all combine to push current generation hardware to the maximum. Similarly, the repeated use of the same areas during summer and winter cleverly shows off not only how flexible the game's engine is, but its capacity for unveiling breath-taking vistas. Indeed, you'd do well to take this in before pushing on to the next objective marker.

Next page: Silence is a virtue
Page: