Several new leases on life, with an option to buy

The new Integrity BL860c, BL870c, and BL890c i4 machines have the same BladeLink technology for creating SMP configurations out of two-socket Itanium blade servers as the Integrity i2 generation machines launched two and a half years ago.

But the new blades have a new memory subsystem that supports 1.35 volt DDR3 memory. The blades also sport the same FlexFabric network interface cards that snap into the ProLiant BL series of Xeon E5 blade servers. 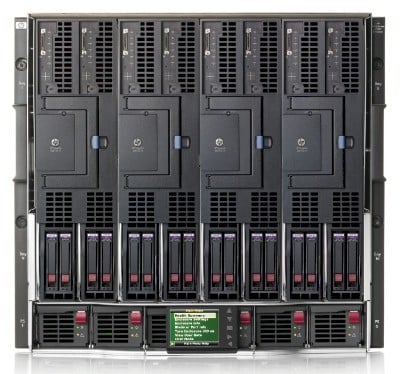 Two silly questions: what happened to the i3 generation of machines – or does Intel own that trademark – and why isn't the base blade called the BL820c, meaning two base sockets scalable to eight sockets, with BL840c and BL880c being the names of the fatter configurations? It's not important, but informative names can actually mean something and actually help you understand the product.

The BL860c has three PCI-Express 2.0 x8 peripheral slots and four FlexFabric ports for linking out to LANs and SANs that run at 10 Gigabit Ethernet speeds. The blade has two hot-plug SAS drives in a 2.5-inch form factor for local operating system storage, and HP offers 146GB, 300GB, 450GB, 600GB, and 900GB disk drives as well as 200GB and 400GB flash SSDs as storage options.

Now, say you need more capacity to run your HP-UX workload. Buy another BL860c i4 blade, slide it into the chassis, snap on the BladeLink across the front and – Bam! – now you have a four-socket server that is bridging across the QuickPath Interconnect (QPI) links on the Poulson chips and the "Boxboro" 7500 series chipset.

This four-socket blade is called the BL870c i4, but it is really just two BL860c i4 machines with a BladeLink. If you need more oomph than that, you can put in two more two-socket blades and two more BladeLinks and – Bam! Bam! – you now have an eight-socket SMP box. There's enough room in the c3000 for one eight-socket machine, and the c7000 has enough room for two. If you want a six-way SMP box, you can build an eight-socket machine and half-populate two of the blades; you can't snap three of the blades together because of the way the chipset and QPI links work.

The initial Integrity i2 blades only supported 4GB memory sticks at 1.5 volts, with 8GB sticks offered later. With 24 memory slots per blade, this limited main memory to a maximum of 96GB. With the i4 machines, HP is shifting to 1.3 volt memory and is supporting 4GB, 8GB, or 16GB sticks. Presumably 32GB sticks will come out shortly, thus boosting capacity to 768GB per blade.

Kirk Bresniker, an HP Fellow and chief technologist for the BCS division, did not divulge when fatter memory would be available, but El Reg would bet it can be special-ordered if you really need fatter memory. In the meantime, you'll have to buy more blades. With all four blades lashed together, you can bring 1.5TB to bear on a single system image, which is in the same ballpark as the latest Xeon and Opteron servers. 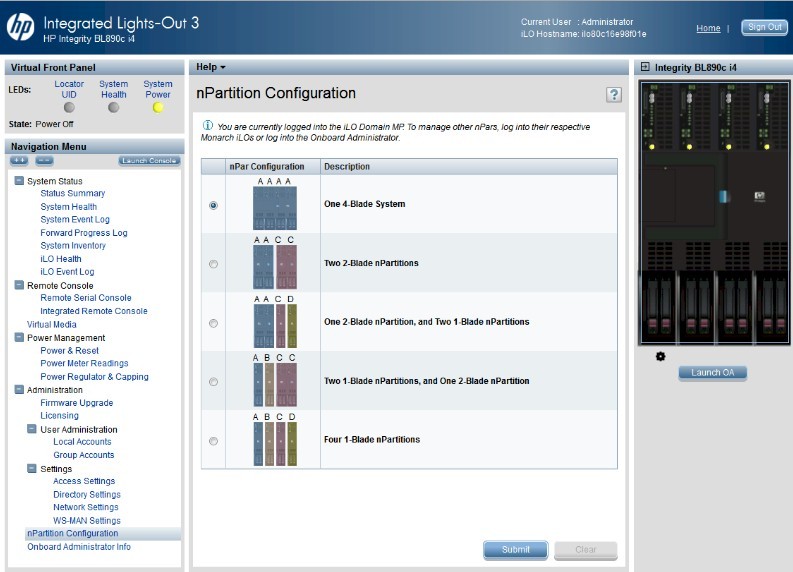 One more thing: The nPar electrically isolated hard partitions of the Superdome 2 machines have been migrated down to the i4 blades. You need at least four sockets (and hence two blades) to make an nPar.

Next page: Scaling the Superdome 2
Page: