Christmas shopping for your precious snowflake? $40 and it's yours

An Arizona man concerned for the safety of his college-bound daughter has created a personal-protection device that she's sure to carry with her everywhere: an iPhone case that doubles as a pepper-spray shooter.

"Most co-eds don't go anywhere without their smartphone," inventor Scott McPherson notes on the website of his company, Spraytect, "so the optimal solution was to combine her phone and a safety device." 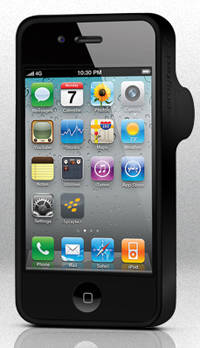 Truth be told, McPherson did a rather slick job when designing the prosaically named Pepper Spray Phone Case, which comes in black, white, turqoise, and pink, and can deliver an eye-biting spray at a distance of six to eight feet.

The case can be used as a simple, hard-plastic iPhone protector, but it becomes a weapon when you snap onto its back a cylindrical housing that contains a pepper-spray cartridge. Rotate the cartridge into firing position, aim your Cupertinian smartphone at the menacing miscreant, press the actuator button, and watch your target scream in eye-burning agony.

The pepper spray is formulated using habanero pepper – "one of the hottest peppers available," the company notes – which is rated at between 150,000 to 425,000 Scoville Heat Units on the piquancy scale developed by pharmacist Wilbur Scoville in 1912.

That may be well below the 16,000,000 rating of Blair's 16 Million Reserve, which manufacturer Gardner Resources says "contains pure capsicum crystals, hottest element known to man," but it's certainly hot enough to get the job done.

"We use what the police force does, TSA, FBI," McPherson says in a website video. "We actually buy it at the same place that they get it."

McPherson helpfully includes a non-irritating test cartridge so that you can practice your draw, aim, and shoot skills without endangering your mates. 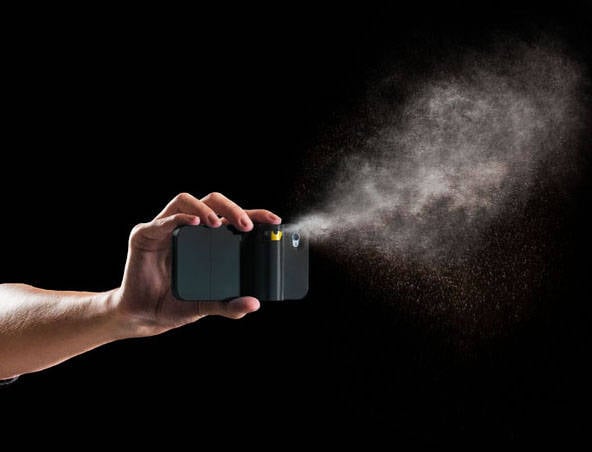 Not what you want to see on a first date

In addition to its personal protection raison d'être, the protruding cartridge housing also acts as a kickstand that "allows you to watch movies and videos keeping your phone upright without propping or holding it," the Spraytect website notes. 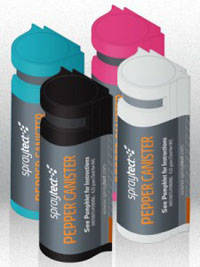 The case is currently available for only the iPhone 4 and 4S – we now know what model phone McPherson's daughter owns – although other models are "Coming soon for other smartphones." It's available on the Spraytect website, at Arizona retail outlets, and from Amazon. Refill cartridges – both pepper and test – can be had for $17.95 apiece.

Although The Reg freely admits that his heart is in the right place, McPherson is one worried dad. The Spraytect website, in addition to flogging the Pepper Spray Phone Case, also features an advice page, "Tips to Staying Safe on your First Date", that includes such advice as "Watch your Alcohol Intake" and "Listen to your Gut".

"Dating can be a crazy, exhilarating and an awesome time," he says – but caution is paramount. "Be prepared before the sparks fly!"

And if the sparks don't fly, the habanero juice might. ®