How to spot a terrible tech boss within SECONDS 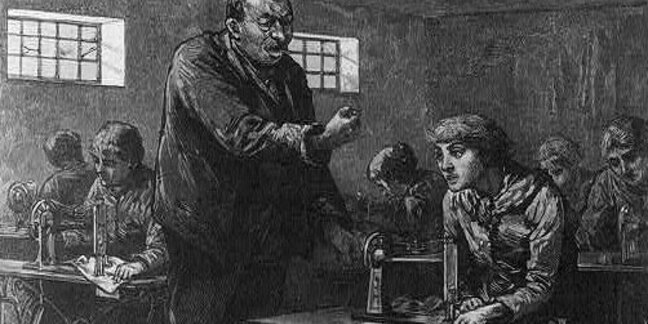 Part 2 Having been an occasionally competent manager I know that nowhere in the spectrum from micromanagement to management-by-email suits everyone.

In fact, you people don’t even know what sort of boss you want. Your imaginary “manager I like” is really just the opposite of your most hated real-life superior, but what's missing is the realisation that he or she could have been a lot worse.

Note my excessive use of “you” and in particular “you people”. The very worst managers don’t identify with their teams. A depressingly common sickness in many firms is the formation of a management team: bosses are part of a distinct group from the workers, who are not seen as being on the same side as their employers. If I am on team A, and you are team B, we are playing against each other.

Bad managers of this kind talk of their achievements while good managers talk with pride of what their teams accomplished. You spot them by pronoun frequency analysis or “counting the Is.

“Which one of the five principles of software engineering is the most important?” I was asked in a job interview; all five looked good to me, so I plumped for something like “ensuring the bloody thing doesn’t crash too often”. I was met by the sort leering grin you’d expect from Jimmy Savile, followed seconds later by the retort: “They are all the most important.” Thus I was exposed as a fool and unfit to write code for that bank. Or more accurately, I had a lucky escape.

With a bit of preparation and googling, interviewers can line up questions involving triple negatives, software interfaces that do the opposite of what their name implies, and the exact number of VMs that Windows Server 2012 can support. These interviewers will discover absolutely nothing about the interviewee's ability, but do get to big themselves up in front of a job applicant who can’t call you a prat because he or she needs a job. Personally, I’d worry about some who actually could quote from a manual verbatim.

If a boss can’t at least pretend to engage in a discussion during which he takes your views seriously - and asks for good judgement rather than reciting trivia - he won’t just be a pain, he will fly the project into the ground and you will end up just like him.

You can’t just wait for them to blunder as badly as the examples I use. You have to poke at them a bit by asking politely if they’d thought of doing X instead of Y. That not only gives an insight into how much your professional input will be handled, it’s the sort of thing good managers like to discuss with the better kind of applicants.

Make sure they've read your CV. Make sure YOU have read it, too

It’s quite possible I am the only person who will ever read your CV. In fact having read a lot of them it is clear that they’re not always read by the person sending it to me. But, ideally, your new boss should at least skim it before you turn up so he or she has a clear idea of how your skills map to the job - trust me, this is not in any way a universal constant.

This is part of being organised. A lot of crap bosses just aren’t very good at the whole time management thing, such as remembering what they are supposed to be doing or that the project they assigned you to was canned a month ago. So if they’re not prepared for the interview it’s another bad sign, as is any air of disorganisation. Yes, I have noted a correlation between neatness of dress and being a good manager, though to be fair “neat” and “well dressed” are really not the same thing. It’s not just wearing a suit, it is whether or not not they look crumpled or tired; both are a bad sign about how things are going.

Your new manager should be ready for your arrival and have the full sequence of interviewers ready to go. The worst departure from this was at a bank where I was called in for a “Head of …" role. They’d outsourced a chunk of the human resources department to an outfit that had simply failed to summon any senior managers to interview me. Instead they found what appeared to be a junior secretary who read from a script and asked me questions including (and I’m not making this up) some designed to explore my ethics.

I didn’t go back there, but presumably someone did and that means some people reading this are managed by someone who was so desperate that they put up with this crap. Good luck with that.

This is not an isolated point. If they’ve outsourced HR it is a sign only very slightly less disturbing than “LEAVE HERE” written in dried human blood on the walls. It means they have so little clue in how to manage people that managers too implausible to appear in Dilbert cartoons are seen as a way forward. If you think IT outsourcing is a bad idea, why would you think it's a good idea for HR?

Power corrupts and so does impotence. In the prequel to this piece I talked about getting coffee at your interview. This is a first indication of how powerful your boss is within the firm, and you should spend more time than you do looking at his or her desk and office to see visible trappings of that power. It may be a corner office, stupidly priced Apple computers, a chair that ought to be on Star Trek, or a desk made of the wood of an endangered species. For some demented reason, as an IT pro you probably don’t like the idea of working for a boss who craves and obtains power. That sort of mentality can hurt you enough that for your next job you should choose one who does.