The first step, Terry recalls, was to find out if such a machine already existed. Now long retired but still spritely, the 85-year-old Terry told me he began to work through all the portable devices then on the market, almost all of them coming out of Japan, evaluating each as a possible basis for the Civil Service machine. Most were found wanting: they were either far too bulky or too small, the latter also lacking sufficient storage for the volume of documents a civil servant might be expected to produce, equipped with only tiny screens and unfriendly calculator-style keyboards. 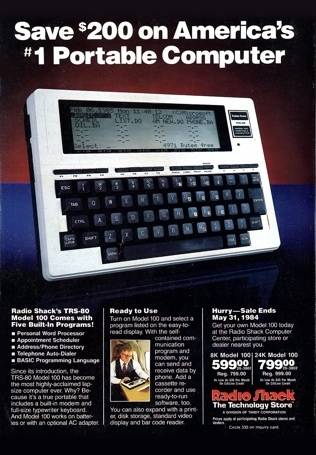 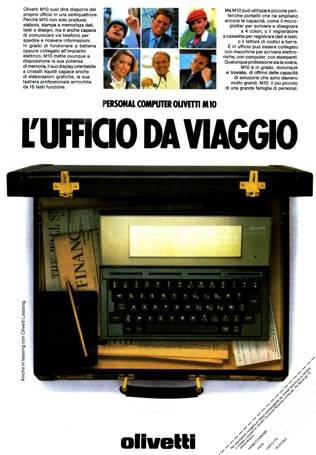 With no stand-out contender, Terry decided to field-trial some of the existing machines. The selection criteria were an A4 footprint, a reasonable weight of around 4lbs (1.8kg) and a thickness no greater than 1.25in (31.3mm) to ensure it would fit into a Civil Service-standard briefcase. Three machines were chosen: the NEC 8210A, the Olivetti M10 and the Tandy TRS Model 100, all produced to the same broad template by Japanese manufacturer Kyocera. Terry was granted sufficient budget - £30,000 - to buy five each of these portables, plus peripherals and to conduct the evaluation. The machines were put in the hands of volunteers from within the CCTA and a number of other government departments, including the Department for Health and Social Security, the Department of Trade and Industry, the Department of Education and Science, the Department of Health and Social Security, and the Ministry of Defence, across a range of Civil Service grades.

The nine-month trial, run by CCTA employee Gordon Lawrence, kicked off in 1983 and quickly demonstrated that Bernard Terry's initial notion was correct: that report-writing civil servants could not only be made more productive if given a portable text editor, but also that the device reduced the time taken to go from rough draft to finished document. The study revealed that senior civil servants could save almost three hours a week by using a portable machine for text preparation. A £750 machine would have paid for itself in six months, it was calculated.

The users were keen too: in the early days, two-thirds of triallists said they thought the machines had potential. By the end of the evaluation, five out of six thought that was the case. 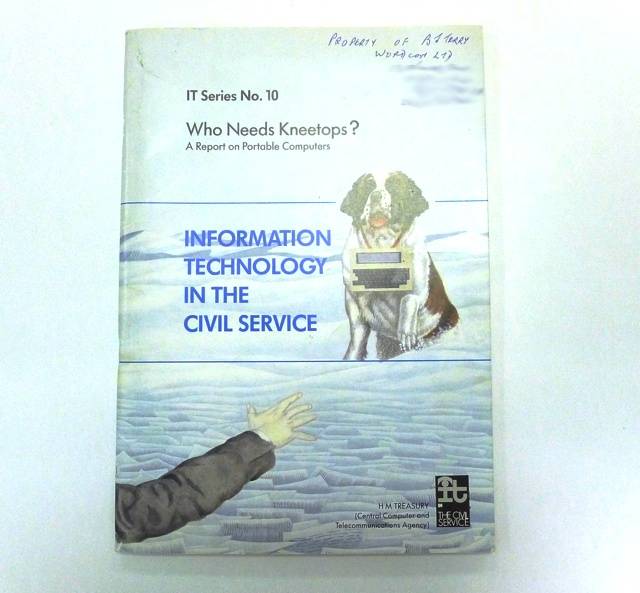 Who needs kneetops? The CCTA's 1983-84 survey showed rather a lot of knowledge workers did

However, the test also showed that none of the products evaluated quite met their users' needs. Beyond problems getting printers connected and then working, they emphasised file juggling with the operating system or Basic programming over how specific tasks might be achieved. In short, says Terry, they were designed for computer buffs, not for workers needing to get a job done. The programs themselves often contained more features than were actually needed and so appeared intimidatingly complicated to the non-technical users of the time.

Terry approached a number of vendors with the results of the evaluation, but they showed no willingness or interest in adjusting their products - or devising new ones - on the back of this feedback.

There was nothing for it. With no existing machine exactly meeting Terry’s trial-tested requirements, and with vendors unwilling to adapt to them, the CCTA would have to oversee the creation of a machine of its own. 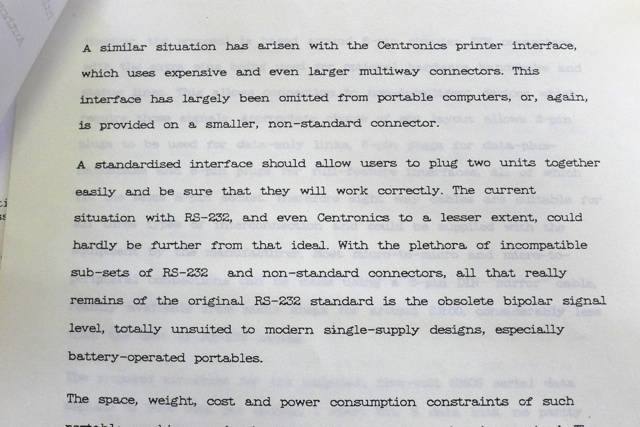 Terry was able to persuade the CCTA’s powers-that-be to grant him sufficient funding to initiate a development project: a UK company would be selected to build a prototype text editor under CCTA oversight, but would be able to release the final machine as a commercial product. Not only would the early work be funded by government, but the Civil Service would be there as a ready made market for the machine. Terry was instructed to prepare a broad specification for the device.

More than a quarter of a century on, Bernard Terry doesn’t recall approaching companies with whom he might develop the proposed text editor. As he remembers it, it was Reay Atkinson who had a contact in Thorn EMI's management through whom the company was eventually brought on board. "The next thing I knew, I was called into a meeting with the director of Thorn EMI and told they were interested in making the machine if I thought there was a market in the Civil Service," he remembers.

However, CCTA documentation from the time suggests the organisation, with the help of the Department of Trade and Industry, approached a number of UK computer and electronics manufacturers to sound them out as potential participants in the project. 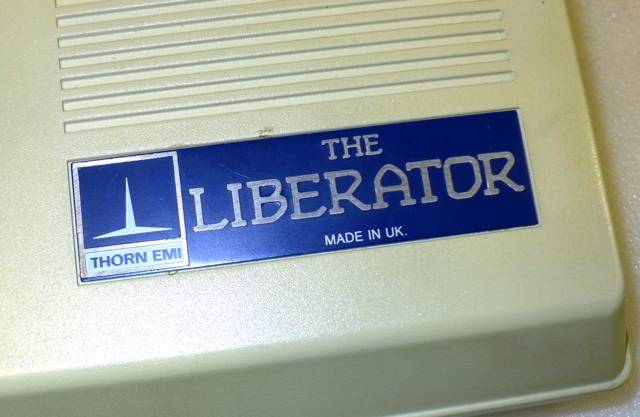 Thorn EMI had certainly agreed to take part by September 1984, when an article penned by Andrew Hardie, who was Research Director of Oval Automation and Technical Consultant to a civil service advisory body called the Public Service Working Party (PSWP), alluded to the CCTA's "recent trial of A4-sized portable microcomputers, or ‘kneetops’ as they are referred to within the CCTA" and the organisation's "involvement with a major British manufacturer in the design and development of a new UK ‘kneetop’."

Hardie would would soon become closely involved with the Liberator project, initially working with Bernard Terry as a consultant to Thorn EMI's IT marketing team, later as a supplier of third-party peripherals for the devices, and eventually as a seller of the laptop’s word processing software on other platforms.

Next page: Finding a manufacturer
Page: