Finnish firm ahead of Apple but trailing Samsung

Nokia may have plunged down the chart of best-selling smartphone makers, but at least it can console itself with the knowledge that it’s still up toward the top of the broader mobile phone supplier table.

‘Toward the top’ but not ‘at the top’, of course. According to market watcher Gartner, Nokia is merely the world’s second most successful phone seller, at least during the three months to the end of September, behind Samsung. Apple, which only makes smartphones, is in third place. 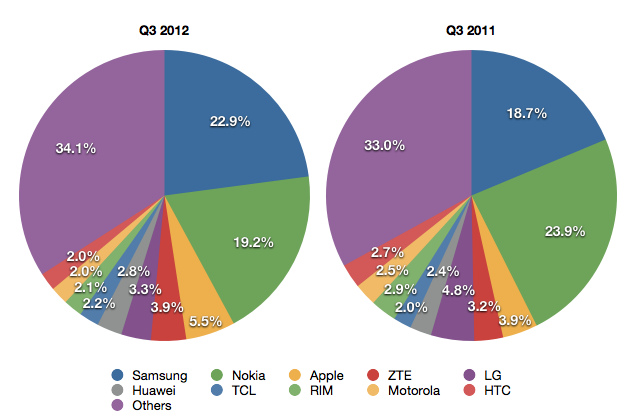 Overall, shipments were down 3.1 per cent to 428 million units, a further decline after two past quarters’ worth of falls, though demand was up, Gartner said. Smartphone sales accounted for 39.6 per cent of total mobile phone sales, driven by a 46.9 per cent increase in shipments year on year. ®