Archaeologic It is 1984 and Bernard Terry, a civil servant, has devised a 'portable text processor' to make his fellow civil servants more productive in the office and out. Electronics giant Thorn EMI has agreed to manufacturer the machine, which will eventually be called the Liberator and become Britain's first laptop computer. Thorn has taken on the R&D team from the collapsed Dragon Data to design the Liberator. For all the details, check out Part One of the Liberator story. 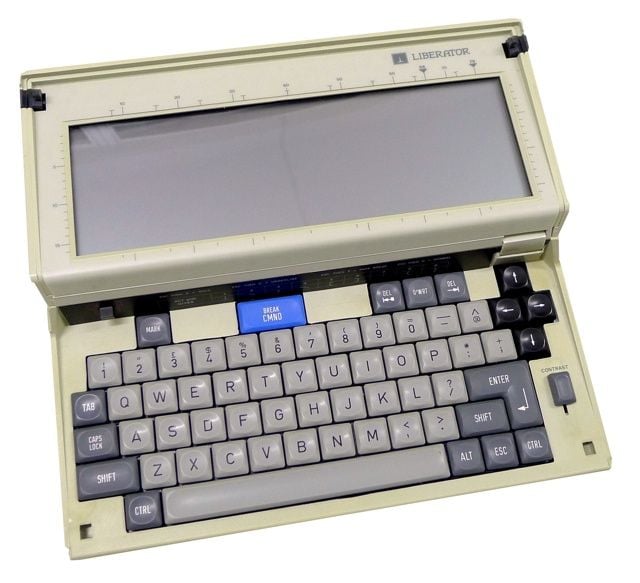 Another important hardware design choice to be made was the new machine's mobile power source. A battery, of course - but what type of battery? Today, designers would unthinkingly adopt a rechargeable, but that wasn't such an obvious move back then, Liberator hardware engineer Jan Wojna remembers. He did design a NiCad battery pack and it was offered as an accessory for the Liberator, but the prime mobile power pack would be a box - to make it interchangeable with the rechargeable unit - into which the user could slot four AA cells.

"Using rechargeables created all sorts of design problems," says Wojna, "because of the very wide variation in output voltage that you'd get from a batter pack when it was fully charged and the curve that you got as it discharged, requiring you to initially reduce the voltage and when it dropped below a certain voltage invert it back up again to keep it at a steady 5V. That was actually one of the main challenges."

The AA pack - model number LABH1040 - offered better runtime than the LRBP1030 NiCad battery did. It could keep the portable operational for 16 hours; the rechargeable unit would give you just 12 hours’ work time. 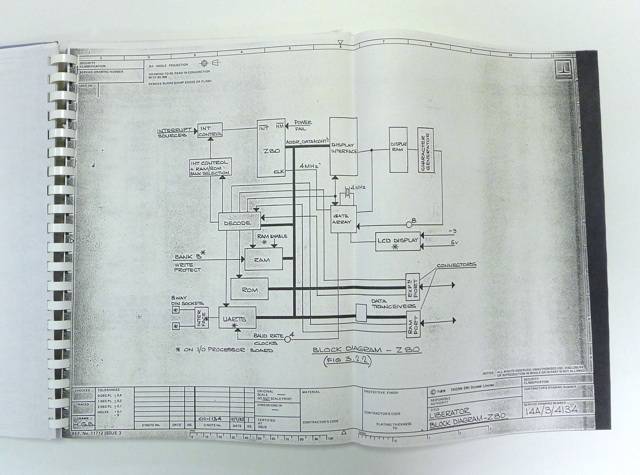 From the Technical Manual: from the motherboard schematic...

This was early, innovative work in the field of mobile device power management. Plenty of effort went in to getting it right, Wojna recalls. "No matter how good everything else might have been, if you couldn't get a decent battery life out of your pack, you didn't have a solution."

Another challenge: space. One of the key design decisions, says Wojna, was to integrate as much of the electronics as possible into a single integrated circuit - not easy given the "quite primitive" tools available to enable such integration. With this custom silicon housing all the hardware controllers - keyboard, screen, I/O etc - Wojna didn’t have to fit much else onto the motherboard other than the processor and the memory.

It’s a sign of the difficulty in designing a complex IC in those days that this component was one of the last Liberator parts to be completed. It was built out of a California Micro Devices - now On Semiconductor - Field-Programbale Gate Array (FPGA). Wojna says four sample chips finally arrived from the foundry right before Christmas 1984. He and design team director Derek Williams couldn't wait to try them and sneaked away from families and into the office on Boxing Day to test the chips. The first was fitted into the prototype. The Liberator failed to boot. Spirits fell. Had the team got the design wrong? If so, could it be fixed and new silicon produced in time to meet the tight six-month development deadline Williams had encouraged Thorn EMI management to set? 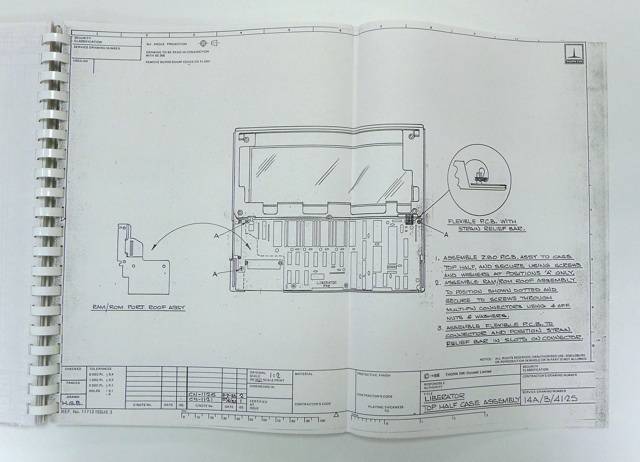 There was much relief, then, when the second chip was put in in place of the first, and the machine started up and worked as planned. "It was a duff chip - it did nothing. All the other three worked perfectly."

Another innovation: using piggy-back sockets for the Liberator's S-Ram chips, a solution leapt upon as the only way to get all the necessary chips onto a board that had to be sufficiently small to fit into an A4-footprint case. The problem, however, was that no one was selling the sockets in the UK, says Williams, so the team bought direct from a US supplier. That caused some friction, he recalls, with Thorn EMI's huge, centralised, highly bureaucratic and jealous of its role purchasing department. Allow small, fast-moving operations to do their own buying? Well, that's it's not how it's done here.

"We had to break every rule in their book to get this thing developed on time," says Williams.

Other aspects of the Liberator's hardware specification were defined by the needs of the operating system. So while Wojna was hammering out the electronics, software engineers Duncan Smeed and John Linney, aided by John Constant from Digital Research, tuned CP/M and its then brand-new menuing system for the new machine. Linney also wrote the text-editing software, which would later be released as Wordcom, coding the application in the then relatively little used C language rather than assembler, again in a bid to save time at the cost of a small but acceptable memory footprint overhead. 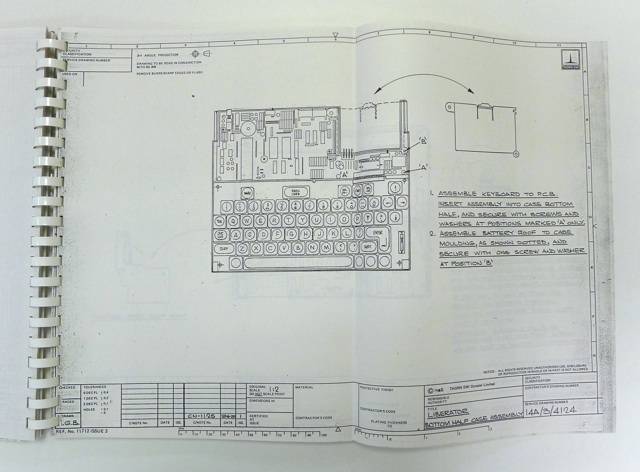 During the development process, the team were in almost constant contact with Bernard Terry who became, as Linney now recalls, "a focus group of one", overseeing the work the team were doing on the user interface, the physical interface and the word processing software, and steering them back on course when they move the product beyond what he believed civil servants would be able to understand and use.

"They kept coming back to me on specifications, and then they produced a prototype which I trialled and then modified," Terry recalls now. "They used me as a free consultant! They would say, 'we want to do this', and I would say, 'we don't want that, it's too complicated'."

It was Terry, for instance, who rejected the calculator-style keyboard originally held to be necessary to keep the machine's thickness down. No, he said, the Liberator must have a keyboard with large, full-travel keys. Interestingly, a memo Terry wrote to Andy Powell, Thorn EMI's business development manager, in August 1985 reveals that "during the initial stages of the UK kneetop development, a fair amount of thought was given by Derek [Williams] and I to the use of an alternative keyboard to the typing Qwerty style, as the unit was to be aimed at non-typing staff" and because "the CCTA have always shown an interest in a move towards more efficient and ergonic [sic] keyboards, including the Dvorak and the Maltron". 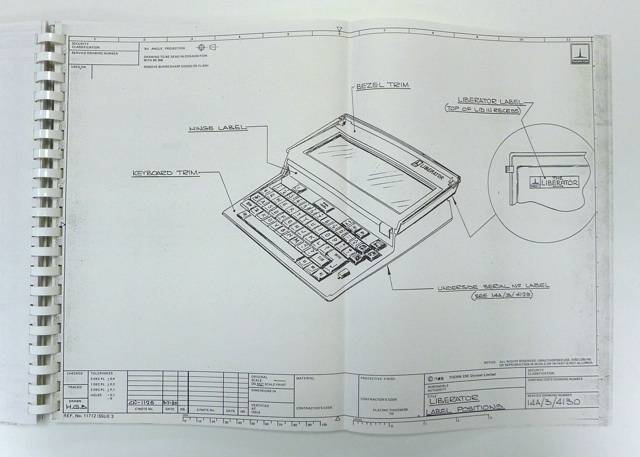 ...then put the two parts together

Ultimately, though, the scheme didn't come to fruition: the Liberator would ship with a Qwerty keyboard. "We were already breaking enough conventions with the Liberator," wrote Terry after development was complete, "and settled for the de facto standard."