Viewing the Liberator 27 years on in the Science Museum's collection, I was struck by just how portable Thorn EMI's team of engineers had made the machine. The spec sheet quotes a battery-less weight of 1.7kg. Add a further 200g for the NiCad power pack and the total is not that much greater than a typical modern 13in laptop. Long-time mobile computing fans will have had to lug much heftier notebook computers around in the years since then.

With its 295 x 252mm footprint, the Liberator doesn't take up much more desk - or knee - space than an A4 sheet of paper. At 35mm thick, it's not exactly chunky, either. 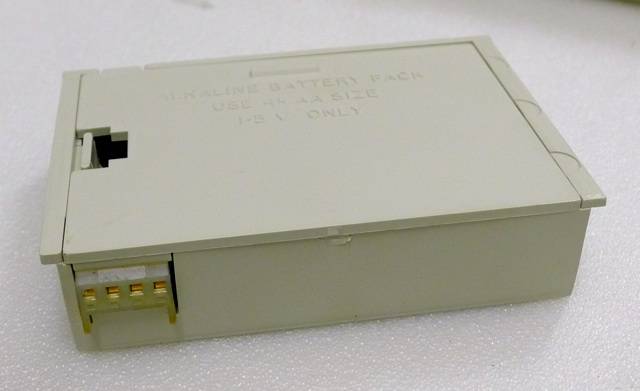 One of the two Liberator battery packs...

Similar thoughts occurred to PCW reviewer Nick Walker. “On removing the Liberator from its box, the first thing that strikes you is how thin the unit is... it is no more than 1.5in thick,” he said, adding that the Liberator had “probably the thinnest full-stroke keyboard I've seen. Even so, the keyboard is nice to use, with sculptured keys and a good, positive feel...

“The screen is... surprisingly large for a machine of the Liberator's price, and as such is capable of holding a decent amount of text on a single screen.”

True, but other reviewers had problems with the display. Not its size, but the nature of LCD technology in the mid-1980s. Punch's Michael Bywater was typical: "A lot of people hate LCD screen, I know. I'm not that keen myself, since they require direct lighting and direct lighting means that you get some glare off the screen glass, and if you move the lighting to avoid the glare, you can't see the screen." 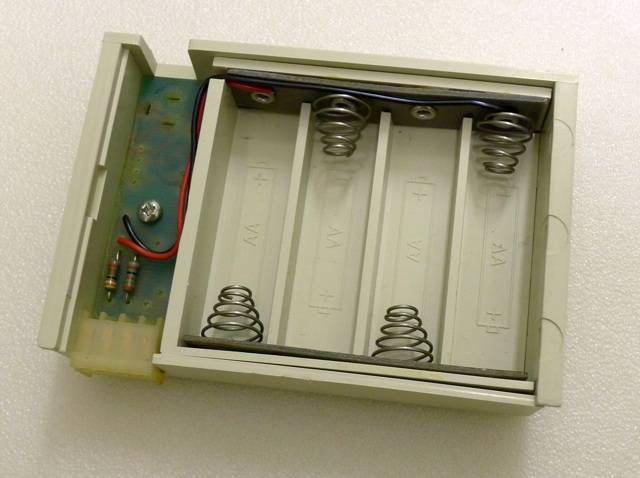 ...and, yes, it could run happily for hours on four AA batteries

Michael Becket in the Daily Telegraph said seriously: "The screen is as good as any liquid crystal display. Opinions vary on the clarity of such things, but a reflective surface detracts from readability."

The Financial Times played it for laughs: "She opens the lid to reveal a flat, grey plastic screen. 'Beep,' it says in welcome. She types a few words but find its difficult to see them. She turns the machine this way, swivels it that way. All she sees on the screen is her own reflection, so she uses it to adjust her make-up. At £650 (excluding VAT), the Liberator makes an expensive mirror."

Carried using the handle - though the Liberator was also supplied with a branded, leather-look shoulder case, possibly the world's first dedicated laptop bag - I found it to be a remarkably easy machine to move around. The manufacturing quality is typically early 1980s British, but don't forget this machine was made in an era before today's highly computerised, ultra-precise production techniques evolved. 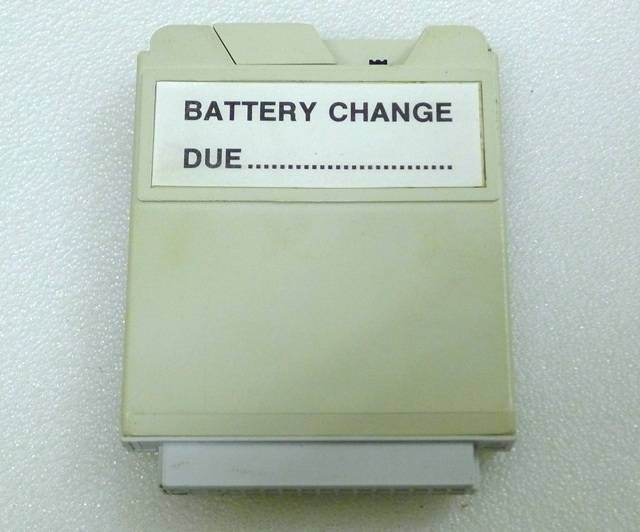 That said, even contemporary reviewers were concerned about build quality. “Generally, the standard of workmanship on the review model was not equal to that on similar Japanese machines,” wrote Practical Computing’s Glyn Moody. “For example, the various sections of the moulding at the back are not totally flush, and the spring door on the Ram port is wonky. Thorn EMI says that the machines which will be sold to the public have better tolerances and overall finish.”

Maybe the manufacturer did say that, but judging from the machine I saw - a unit sold to a civil servant, not an early review sample - the Liberators provided for sale were no better.

I wasn’t permitted to power up Science Museum’s Liberator, but looking at the screen and trying the keyboard, I could see Bernard Terry’s vision of a portable device for getting down ideas and drafting documents was fully realised. Judging from the manual, and from the memories of users, it’s clear the development team had produced text manipulation tools writers would find themselves at home with today. 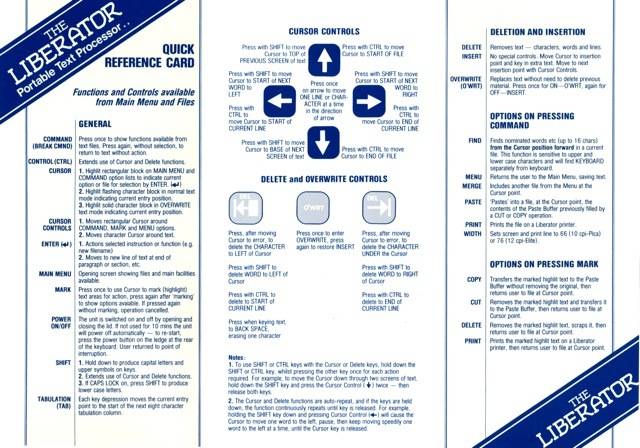 Fold-up pocket guide: all you need to know to operate the Liberator

With the development work almost complete, Thorn EMI Information Technology’s marketing team, led by Ian Milne, began drumming up interest in the press. In late January 1985, Milne told journalists that the company was about to launch a portable machine codenamed ‘Mat’, for Management Aid Tool. Milne promised the system would launch before March.

It's not clear who coined the name 'Liberator' - Milne or one of his marketing team, says Derek Williams; it was a marketing department decision. Certainly by mid-February 1985, 'Mat' was out, Liberator was in.