Activision gloats that its Call of Duty franchise is again the "biggest entertainment launch of the year", after revealing a return of $500m (£316m) from day-one sales of Black Ops 2.

If figures are to be believed, they seriously dwarf the $360m Activision made through day-one sales of the original Black Ops and step things up from the $400m it raked in through Modern Warfare 3s first 24 hours on sale too. 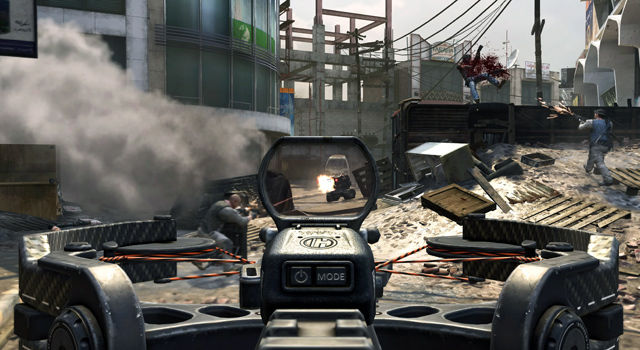 More to the point, it puts Microsoft in its place, thrashing Halo 4's recent $220m opening day splurge by more than double.

To be fair, the latter was only launched on the single console, though.

Reports prior to release suggested Black Ops 2 may struggle to make the same stupendously high profits as its predecessors. This was due to a general 25 per cent drop across game sales as a whole this quarter.

Fat chance, doomsayers. The game was clearly always destined to join the current high-performing exceptions to the rule such as Dishonored and Fifa 13. The world+dog has seen it coming, the Black Ops 2 pre-order figures suggested as much.

Hell, we knew it would fly off the shelves in a flurry, long before the game was even announced.

You can read our damning assessment of Call of Duty: Black Ops 2 here on Reg Hardware. ®