Man, I am so baked on this subject, says veep 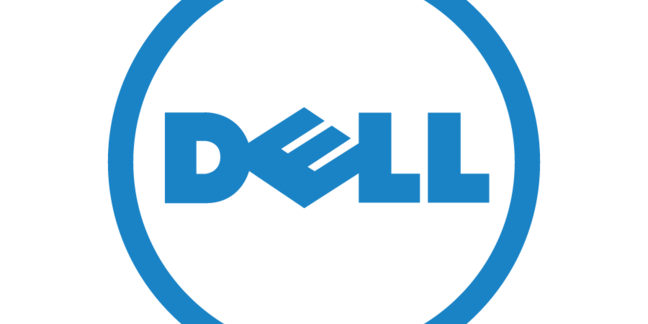 Dell is looking to add an all-flash array to its converged infrastructure storage portfolio, with an acquisition looking likely.

Networked all-flash arrays deliver data from flash memory to servers very much faster than a disk drive array. The product space is led by Violin Memory with other startups involved as well. We'll list them later. EMC is developing a product with its XtremIO acquisition and HDS also has a product in development and IBM has bought TMS.

These systems are characterised by having controller software specially developed for them, and they often employ deduplication and compression to increase the effective data capacity and cost the cost/TB of the flash.

An existing disk drive array could be populated with SSDs (solid state drives) but would have disk-based controller software, the wrong kind.

At the company's Storage Forum in Paris, Darren Thomas, VP and general manager of Dell's storage business, said that the all-flash array was "a new storage tier [and] a tremendous opportunity."

He foresees a time when an all-flash array will be in Dell's portfolio and be "supported by all our technology." It is "baked in our thinking."

We asked Darren Thomas what qualities Dell looked for when acquiring companies. First there has to be a cultural fit with the acquiree possessing an entrepreneurial and can-do attitude, and no "crusty old technology." They need to have an attitude of jumping at opportunities and never running from risk.

Secondly they have to be able to make money:

"You cannot buy a company you can never make a profit with."

Referencing HP and the $2.4 billion price it paid for 3PAR he said that Dell wouldn't have been able to make a profit from 3PAR kit at that price.

"The company numbers have to work. It doesn't matter how badly you want it."

He listed some Dell acquisitions, such as EqualLogic, Compellent and Ocarina, saying they cost a lot less than the price HP paid for 3PAR.

"I can wait nine months until they are less hot."

He also said in passing that he doesn't like prima donnas.

This leaves us thinking that, of the companies that have been shipping product for some time, Violin Memory possibly thinks itself worth more than Dell would pay. GreenBytes has a focus as a VDI IO accelerator. Both Nimbus Data and Whiptail have rising sales, with Nimbus having no venture capitalists behind it, hungry for a rich reward for their investments.

Pure Storage and SolidFire are newer companies, yet to prove their ability to sell, ship and support product in growing amounts. Kaminario is, in our view, focussed on high-end performance, not exactly Dell's heartland which the midrange and larger enterprises. Our bet is that Dell would look at GreenBytes, Nimbus, Pure Storage, SolidFire and Whiptail more favourably than either Kaminario or Violin Memory.

It's a great time to buy DRAM and NAND, not to sell – just ask SK Hynix