Read between the covers - and under them

Kobo’s Glo is yet another of the current wave of e-readers with what amounts to a backlit screen.

Yes, the light isn’t situated behind the screen, but let’s not split hairs. The system works by shining LED light through the screen and bouncing it back off a reflective layer toward the reader, but the effect is much the same. 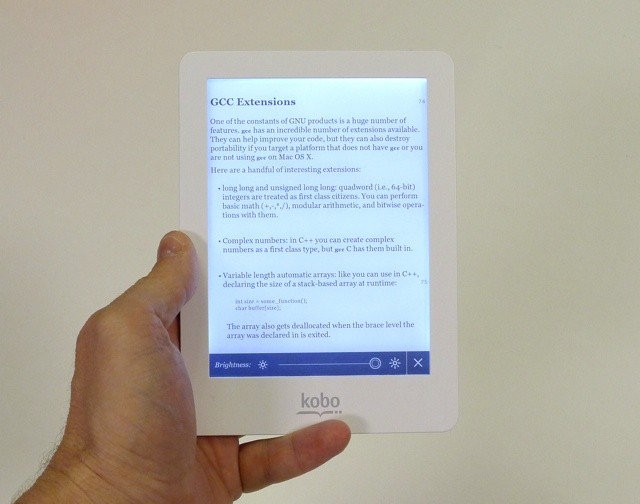 The screen in question is a 6in, 758 x 1024 E Ink Pearl so the Glo’s light-off text quality is as good as any rival e-reader based on the same technology. Kobo sent me a review sample with a white bezel which does the screen no favours. Its brightness in comparison with the display only serves emphasise the e-ink panel’s inherent greyness.

I’d recommend a darker bezel for that reason alone, but I also think the smooth, white plastic of the review unit gives it a rather cheap feel, as does its 0.5mm-thick, flat sides. The Glo isn’t uncomfortable to hold, and the rear panel has a pleasant matte touch, but overall it feels like a low-cost, no-name reader of the kind coming out of China a few years back. It doesn’t have the same quality feel as Amazon’s Kindle or Barnes & Noble’s Nook e-readers, let alone Sony’s Reader. 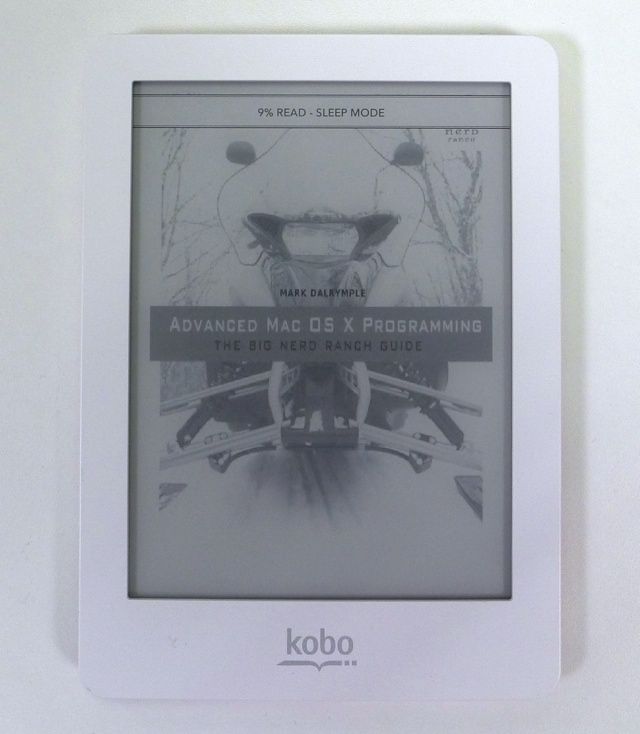 It works just as well with the 'backlight' off

The device seems solid enough, mind. And its software isn’t bad, though as I pointed out in my write up of the Kobo Mini, you’re forced to connect it to a computer onto which you’ve downloaded Kobo’s library software before you can use it. This despite the fact that the Glo has single-band 802.11n Wi-Fi on board and could easily verify its activation that way.

Unlike the Mini, the Glo’s 2GB of storage - only 1GB is reserved for books - can be expanded with Micro SD cards. Charging and sideloading content all take place through a micro USB port. 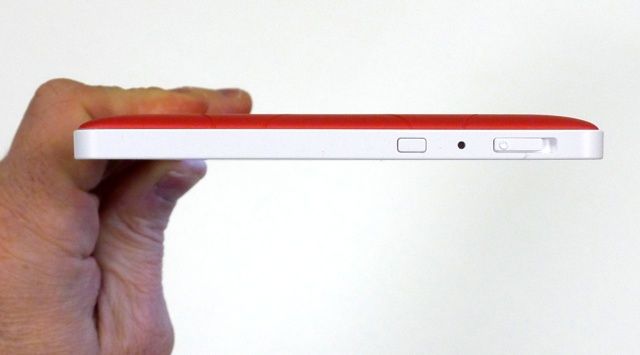 The Glo’s lighting system is triggered with a button on top of the device, next to the power slider. Like other such systems, it’s capable of pumping out a lot of light - you’ll almost certainly want to tap the screen’s light icon - always present when the light is on - to adjust the brightness downward.

Next page: Reading in the dark
Page:
Corrections Send us news
35 Comments