Oldtime machine was like a printer with a QWERTY keyboard

Britain's last ever typewriter has rolled off the assembly line at Brother's factory in Wales. 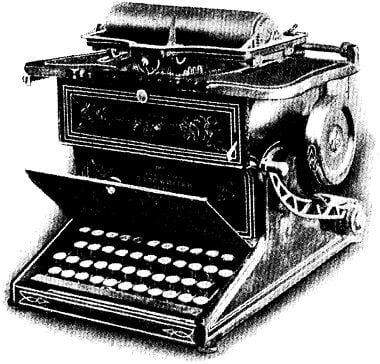 The Brother CM1000 electronic typewriter, one of 5.8m typewriters made at the factory since 1985, has been donated to the Science Museum in London. The factory will now run a recycling scheme for printer cartridges as well as making other office technology.

One of Brother's longer serving staff members at the Wrexham factory told BBC Breakfast that he'd be "sad to see the end of the typewriter".

"If people ever ask me, I can always say now, as a strange question, that I've made the last typewriter in the UK," he said.

Brother stopped making typewriters in Britain because demand had fallen so much in the country, but it still sells Asian-made machines to the US market.

From as early as 1714, inventors were tinkering about with various "writing machines" and patenting their efforts, but none of the early inventions got much interest. It wasn't until Remington, then a manufacturer of sewing machines, signed an agreement with a patent holder in the 1870s that the Sholes and Glidden Type-writer was born, coining the name and the QWERTY layout that would prove so popular.

Need a cold shower? This is xNix like Windows users imagine it still is
OSes10 Aug 2022 |