Makemake, one of the solar system’s five dwarf planets, has been found to have no atmosphere.

The tiny ball of rock is just two-thirds the size of Pluto and orbits even farther out in the Kuiper Belt.

Scientists had posited the dwarf planet, named for the creator god in Easter Island mythology, would possess an atmosphere, because it appeared sufficiently bright to hint at the presence of ice. Even in the outer reaches of the solar ice can evaporate. The resulting gas cannot achieve escape velocity and becomes an atmosphere.

That process is thought to account for atmospheres on other dwarf planets. The European Southern Observatory (ESO) says Eris , the largest of the dwarf planets, probably has an atmosphere as a result of its icy surface. Pluto, the Observatory says, definitely has one, even if it is very tenuous with pressure just “one hundred thousandth of that on Earth, or about 0.015 millibars.”

The ESO was able to discern those facts after Eris and Pluto passed in front of a star, an occurrence known as an occultation, which allows observations during the time the dwarf planets were effectively back-lit.

Makemake also recently occulted a star, giving ESO boffins the chance to make similar observations that, sadly, have come up with a negative result, as reported by Nature (PDF).

Lead scientist Jose Luis Ortiz, of Spain’s Instituto de Astrofisica de Andalucia, has issued a statement with the following explanation of how the ESO team decided Makemake lacks an atmosphere:

"As Makemake passed in front of the star and blocked it out, the star disappeared and reappeared very abruptly, rather than fading and brightening gradually. This means that the little dwarf planet has no significant atmosphere.”

The rapid moves by the star are significant because if an atmosphere is present it blurs things out and makes observations of an object’s edge hard. The swift transition suggests there’s no instrument-blurring atmosphere in the way. 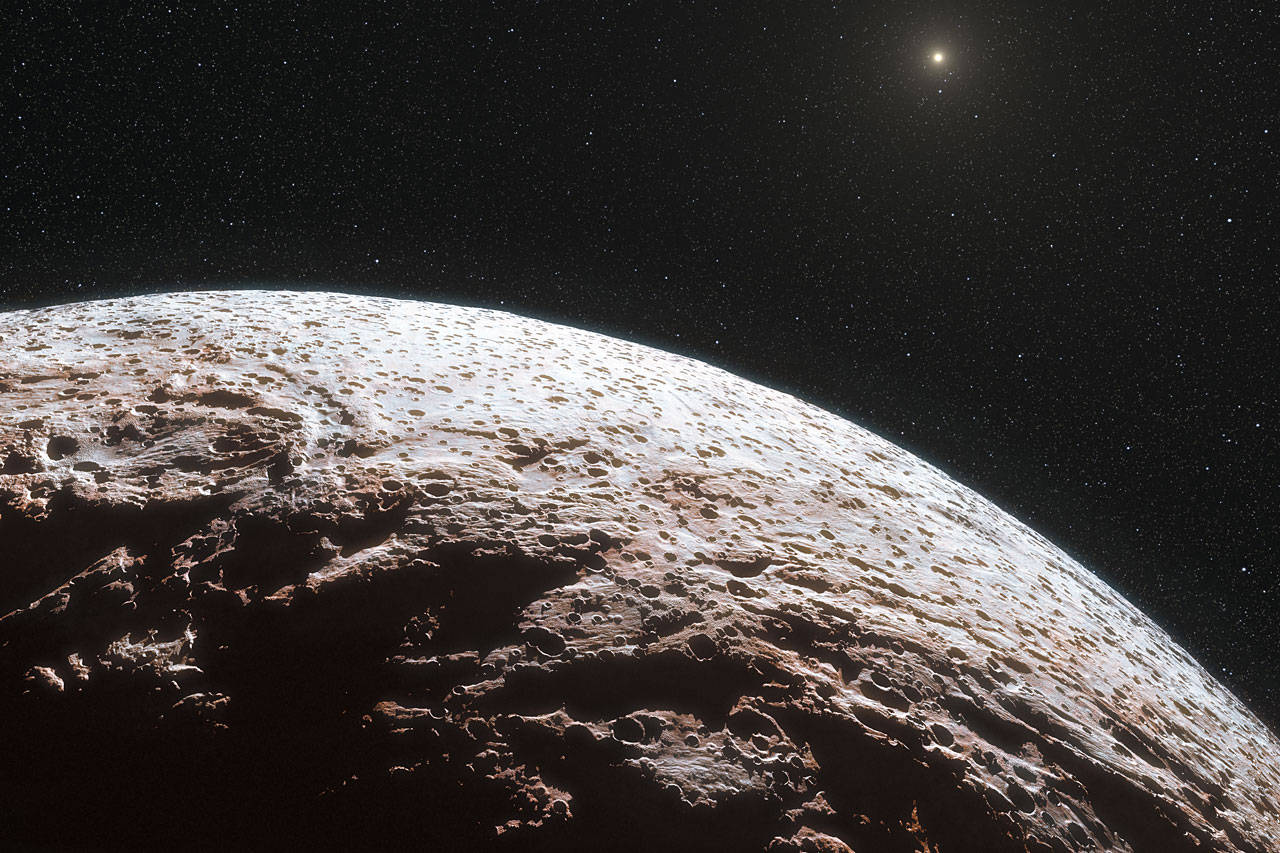 Ortiz said the lack of atmosphere “shows just how much we have yet to learn about these mysterious bodies,” but adds it’s not all bad news as “Finding out about Makemake's properties for the first time is a big step forward in our study of the select club of icy dwarf planets."

Those properties, revealed by Chile’s Very Large Telescope, New Technology Telescope and TRAnsiting Planets and PlanetesImals Small Telescope (TRAPPIST), with the help of some other South American ‘scopes, reveal that Makemake has an albedo of .77. That’s about the same as dirty snow, the Observatory says, making the dwarf brighter than Pluto but dimmer than Eris.

It’s also close to the rough measurements of .7 for the albedo of Haumea, the third-largest dwarf planet. Haumea possesses no atmosphere, making a 50/50 split among trans-Uranic dwarf planets.

Ceres, the only dwarf planet in the inner solar system, is thought to possess an atmosphere. ®

Pluto is more alive than Mars, huff physicists who are still not over dwarf planet's demotion