Pics Hours after it was revealed that the completion of Apple's planned office doughnut would be delayed until at least 2016, the Cupertino city council posted revised plans for the eco-Stalinist structure, first sketched by Steve Jobs and now widely known as the "Spaceship".

As The Reg had reported earlier, the city council had delayed putting the revised plans online for fear that their servers wouldn't withstand the onslaught of download requests from Apple fans, journalists, and Cupertino residents wanting details of a campus that would radically transform their suburban lives.

Apparently the city council was able to beef up its IT muscle sufficiently to handle the load, as the full set of seven documents totalling 120 pages is now available for download. 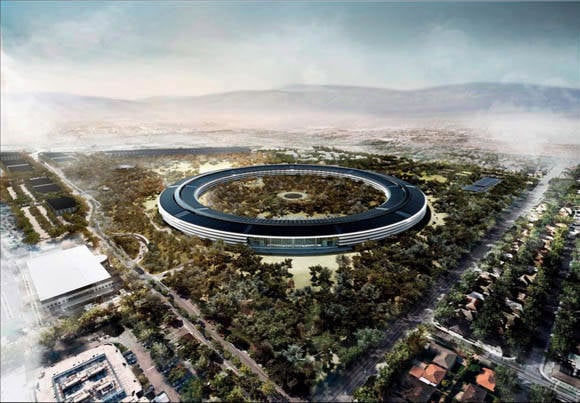 The spaceship has landed – and a rather large spaceship, at that (click to enlarge)

Jobs first proposed the new company headquarters to the city council in June of last year. At the time, he said, "It's a little bit like a spaceship landed, but there it is."

The newly revealed plans make few changes to the main edifice that, at 2.8 million square feet, will be one of the world's most capcious office buildings, although the US Department of Defense's mega-headquarters, the Pentagon, handily bests it at 6.6 million square feet. 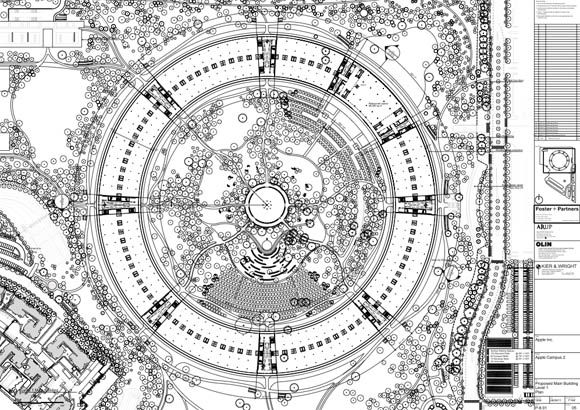 Apple has upgraded the site's landscaping into a rather extensive woodland of 7,000 trees that "will recall Cupertino's pre-agricultural and agricultural past" in a "landscape design of meadows and woodlands [that] will create an ecologically rich oak savanna reminiscent of the early Santa Clara Valley."

Lest you think that such lushness will be difficult to maintain in an increasingly water-challenged California, Apple's submission ensures that they have chosen "young and mature trees, and native and drought tolerant plants, that will thrive in Santa Clara County with minimal water consumption." 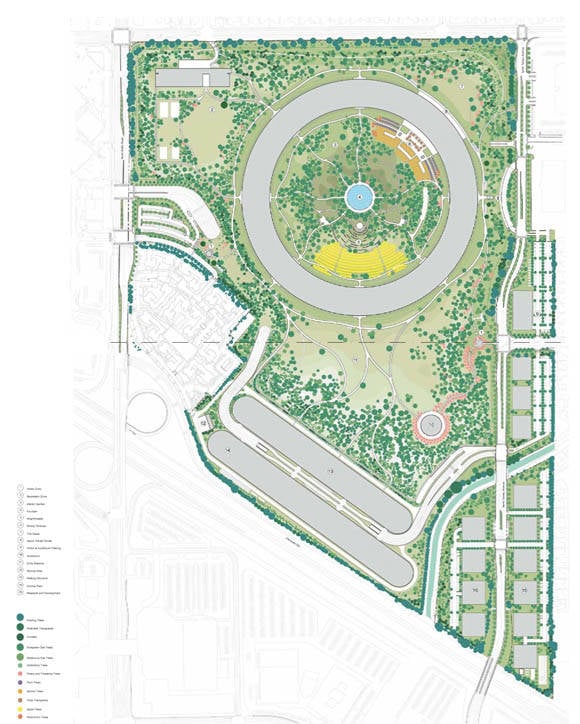 Apple intends that the new campus will snuggle into the existing Cupertino city plan with minimal disruption, seeing as how the formerly HP-owned tract of land upon which it will sit is adjacent to a freeway for easy access.

That easy access, however, is not intended for all. As Apple's submission notes more than a few times, security was an important factor in the design, which will "Achieve the security and privacy required for the invention of new products by eliminating any public access through the site, and protecting the perimeters against trespassers." 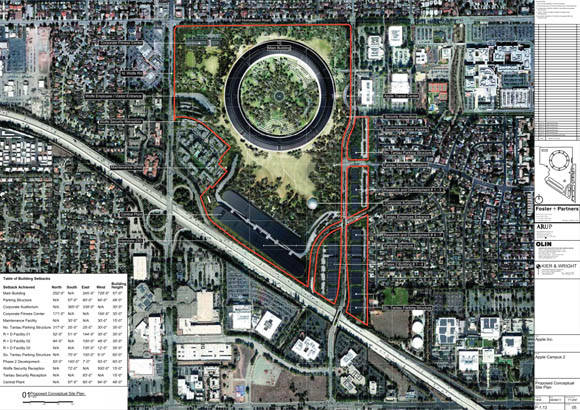 Within that "secure landscape", however, Apple plans "to promote shared creativity and collaboration, and spur invention of the next several generations of Apple products."

Christina's World by Andrew Wyeth, except with steel, concrete, and glass, (click to enlarge)

Welcome to secure, well-landscaped Apple Land, an enclosed eco-friendly campus that spares no expense to create a world in and of itself.

"Not the cheapest way to build something," Jobs told the Cupertino city council last June. ®