BlackBerry 10: AWESOME. If the hardware matches it, RIM jobs are safe

Our Vulture fondles his way through the new OS

On rival mobile operating systems, it's a pain to switch between apps when you simply need to compare information shown in each one. Here's some thoughtful design in BB10 that makes that redundant: two views overlaying each other. 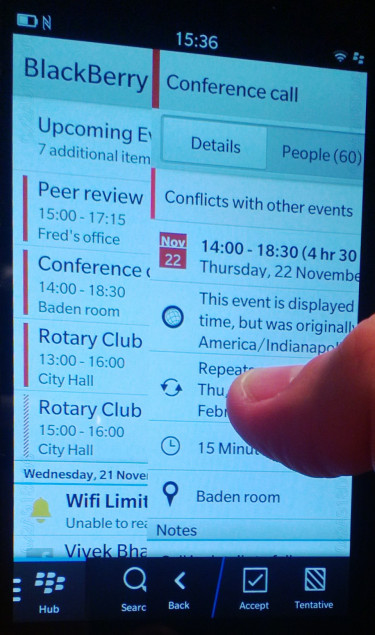 Peeking underneath an overlay is quite handy

And fear not, the app grid is still there. It's just not the home screen any more, but just a plain old app launcher. Today's BlackBerry OS already gives you a list of activity under the contact card and there's no change there in BB10. 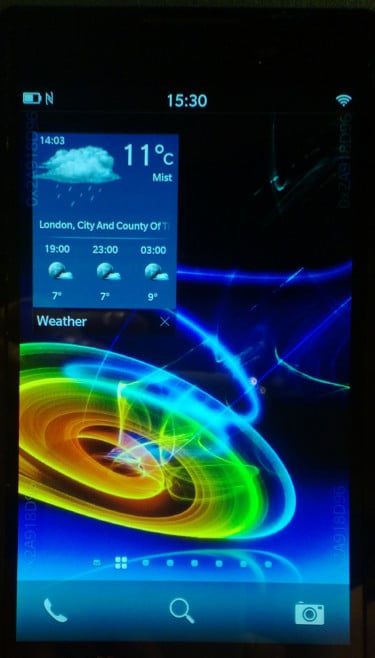 A running app with the launcher underneath

In the above shot, a weather news app has been thrown into the corner as a live tile - oops - an "active frame". Multiple widgets showing useful stuff can be thrown together this way. The underlying QNX system is fully multitasking and can juggle various bits of software, but you can close apps manually if you must.

So how does it all fit together? Well, you need to learn a couple of universal fingertip gestures on the touchscreen: 'up' is one, and straightforward. 'Up-and-right', a kind of dog-leg, is another. That's more than Apple's iPhone requires - but it only takes a minute or two to get used to.

Once you've got used to it, and that the Hub is the home screen, BB10 is by some distance the most brutally efficient multitouch interface I have used so far. It makes the others look like hard work.

Yes, the odds are stacked against RIM - and when it comes to the as-yet unseen hardware, it needs to pull some crackers out of the barrel. But phones sell on the user interface, and this is very good indeed.

For more, you can peruse the BB10 user interface guidelines here. ®