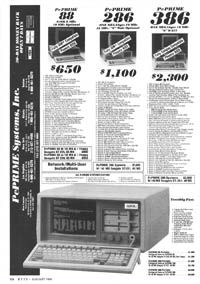 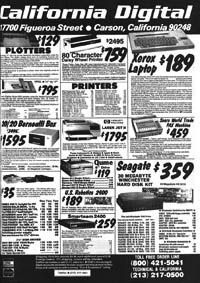 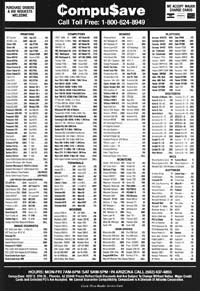 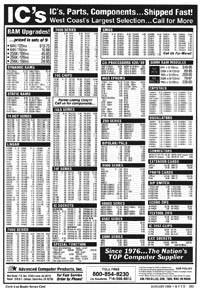 During the halcyon days of computer magazines, those "books" as they're called in the trade, were massive affairs, stuffed to the gills with adverts and editorial copy. As mentioned above, the same month that Time consecrated the personal computer as The Machine of the Year, Byte weighed in at 544 pages. That was no anomaly – the following month its page count was 538.

PC Magazine published two issues in January 1987 that totaled 718 pages. The more narrowly targeted MacUser topped out a couple of years later at 410 pages, and the behemoth Computer Shopper was so massive that New York postmen rebelled at having to deliver multiple copies to office blocks.

Things have changed. The current issue of Macworld is 114 pages and PCWorld has shrunk to a mere 104. But at least they still exist. Byte ceased dead-tree publication in July 1998 and PC Magazine, God rest its hard-copy soul, hung on all the way to January 2009 (both live on in online form, however).

Don't simply blame the internet. To be sure, the ability for publications to use inexpensive electrons rather than expensive atoms brought massive efficiency improvements, but there were other factors that tolled the death knell for chubby ad-filled magazines that delivered customers to advertisers.

Remember, mags don't earn all that much from newsstand sales – especially in the US – and subscribers are sought solely to put eyeballs in front of advertisers. Many of those advertisers eventually abandoned computer magazines.

One of the factors that led to that hasty departure can be found by picking up any computer magazine from the Machine of the Year era, and reading it from its final page. For dozens of pages you'll find ad after ad after ad in what was known as "the back of the book" – product-packed pages from mail-order vendors flogging their wares.

"BoB" was a marvelously inexpensive way for those vendors to get the word out about their low, low prices – but it couldn't last. After a vendor made a sale, they had in their possession the most valuable of marketing commodities: the customer's address.

When a vendor gathered enough addresses, it dropped out of BoB and published its own catalog on its own schedule, not bound by a magazine's calendar – or its advertising rate card. Catalogs were more efficient, and mail-order vendors that employed them sucked customers away from vendors still wallowing in BoB. Customers won, some vendors disappeared, and magazines suffered.

Another reason computer magazines faltered was the simple fact that reviews became less and less necessary; most products became quite reliable and their categories became commodified. As a product tester at MacUser in the 1980s, I remember a hard drive that caught fire and a CRT monitor that imploded, impressive product failures that are vanishingly rare these days. In those days, to twist an old saying, our job was to separate the wheat from the crap – and believe me, there was plenty of the latter.

More advertisers vaporized when vendor consolidation decimated the number of those either willing or able to pay for ad space. At MacUser I remember a well-tested comparison of 101 hard drives of 80 megabytes and up. Are there now enough major vendors to supply even a fraction of that number of different products? Nope.

Computer magazines also became less important to newbies. Compared with the early 1980s, computers became increasingly simple to use. Your average personal computer user turns his or her machine on and uses it, then shuts it down without an instant's thought about how it works, how it could be improved, or whether they could benefit from tips 'n' tricks to enhance its effectiveness.

And then came the internet, and with it the one-two punch of email and the worldwide web. As more customers logged on, catalog-publishing mail-order vendors were presented with a trifecta of value: first, by moving their catalogs to the web, they could benefit from the aforementioned atoms-versus-electrons efficiencies; second, they could more nimbly change their prices, target specific geographies, and gain minute-by-minute control over their customer-facing operations.

And third is that all-important customer relationship. With targeted email, customer forums and support offerings, individualized offers, and so on, the fresh and vivacious internet seduced the fickle customer away from its old flame, the once-exciting but now rather dowdy computer rag.

Oh, and deep-pocket display-ad types? They no longer needed mags at all, now that they could better display their wares on their own websites, plus enjoy all the customer-relationship benefits of the mail-order folks. The big money walked.

Times change. And Time changed. In 1999, that magazine – still in good ol' print to this day, by the way – retired its Man of the Year title and replaced it with the more-inclusive Person of the Year. The first winner of that revised award was a man whose impact could not have been made without the roaring success of the personal computer: Amazon's Jeff Bezos.

The computer had moved in, indeed. ® 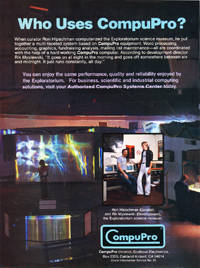 C/PM Computing (maybe), 1983 (or so):
This ad was shot at the Exploratorium
science museum in San Francisco in
the early 1980s, too long ago for me
to remember in what year or what
magazine it ran. (click to enlarge)

A few pages back I teased David Bunnell, then-publisher of PCWorld and Macworld, about his oh-so-80s glasses. Well, I lived through that period as well, and committed far more than my allotted share of egregious fashion faux pas.

Check out the skinny chap in the ad for CompuPro S-100 business systems to the right – the blonde in the white bell-bottoms and black Members Only jacket with the rolled-up sleeves. That's your Reg reporter at age 32. Or was it 33?