Ten PlayStation 3 games you may have missed

The Sony side of the street

Games Round-up While summer was a fairly dry time for games releases, this autumn has gone haywire in the build up to Christmas and as a result, it feels like more titles are being handed out than knighthoods.

As usual, we've sifted through the good and the bad to compile a list of any worthy ones you may have missed. While the following ten are well matched in terms of their repective review ratings, bear in mind that's because we weeded out the below average performers. Among the titles that showed promise but failed to deliver were Activision's 007 Legends and EA's latest Medal of Honor are notable absences here.

This selection PlayStation 3 games – available either on disc or as downloadable content – led to many a lost evening over the past couple months, in-between the time spent on various previously reviewed titles such as Fifa 13 and Dishonored, that is.

Don't fret if you're on Xbox either, as not only do plenty of these titles also appear on your gaming platform of choice - see the dropout box below each review for details - but we've put together a separate roundup of 360 titles.

I had little opportunity to play Dark Souls upon its original release, but have struggled to put it down since the Prepare to Die Edition landed on my desk a month or so back. While negative things have been said regarding frame-rates of the long-awaited PC port, the expanded content here – which was also recently pushed separately as the Atorias of the Abyss DLC – adds further enhancement to a game that will undoubtedly go down in history as one of the most unforgiving ever.

Indeed, you'll get the idea when you end up face to face with the expanded content's first boss - the Sanctuary Guardian. This tough cookie appears shortly after our protagonist is sucked through a portal into the historical past of Dark Souls' lore. It took me a while to get to this point, mind.

Those of you yet to experience the game could be in for a shocker, but push on, fight your way through, you're in for a treat, as completion of the particularly tricky boss-battles delivers supreme satisfaction. You can read an in-depth Dark Souls review here on Reg Hardware. 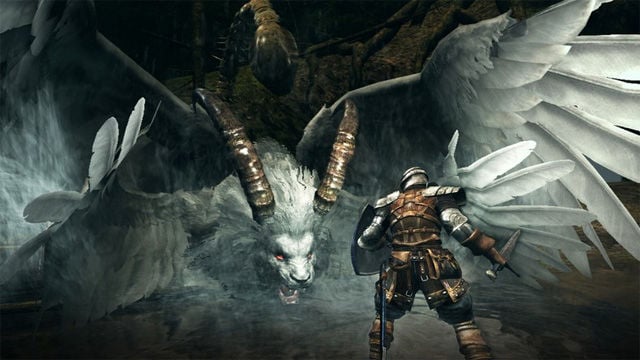 I've been a huge fan of Team Ninja's DoA following its first release in 1996 and couldn't wait to sink my teeth into the latest version, a desire that had nothing to do with Tina's sizeable assets, I swear.

Unsurprisingly, story mode leaves much to be desired, yet as a fighting game, the influx of shallow character backstories is a practical necessity most are used to by now, no matter confusing or irrelevant they may appear. Instead, what really gives DoA sparkle is majestic fight mechanics, which continue here with ferocious combos and counter attacks unparalleled in the genre.

Interactive dynamic arenas offer new ways to obliterate opponents, while the jaw-dropping aesthetics packs DoA5 with far more punch than the average beat-em-up. The game runs pretty smoothly over the network too, with a couple of standout online modes to keep distraction levels high. There's also the ability to unlock some of the characters from Sega's Virtua Fighter, not that I've ever put those guys in the same league. 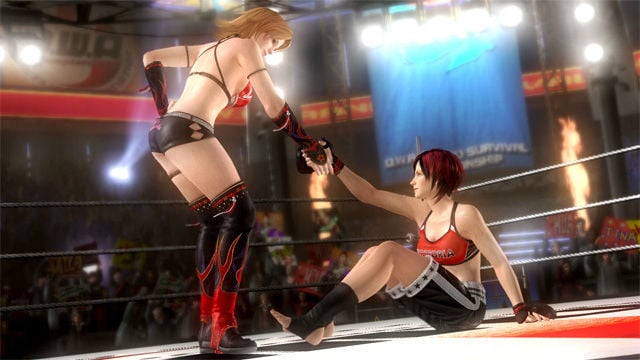