A heroic Reg reader who battled an exploding computer to save his son's homework (and possibly his life) has written in to share the harrowing tale of a power supply unit gone MAD.

Keith, who lives in Germany, wrote in to tell us how he dealt with a flaming desktop PC, and how his quick instincts to throw it out the balcony door and pour cold water on it saved the day ... and a chunk of his son't education. 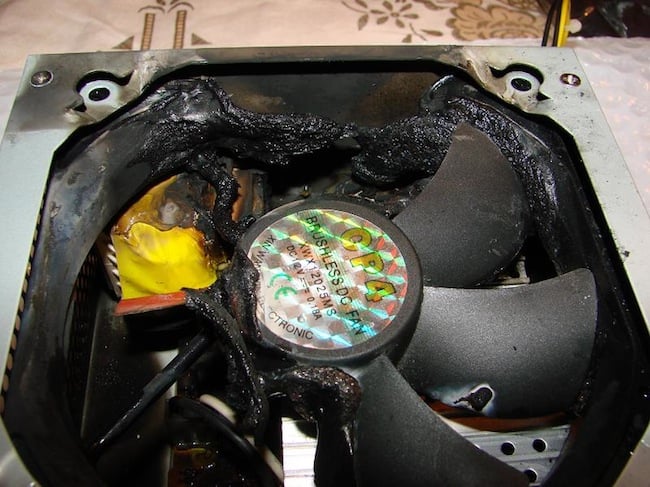 The computer belonged to Keith's 15-year-old son, who was typing away, doing his homework when something exploded. Keith recounts:

Yesterday my son was sitting at his desk working on a school project, when he heard a loud bang. He said it sounded like a large fire cracker. Immediately following the minor explosion, smoke rose out of the back of his desk. When I came into the room small flames were jumping out of the case's side vent and the back of the PC. 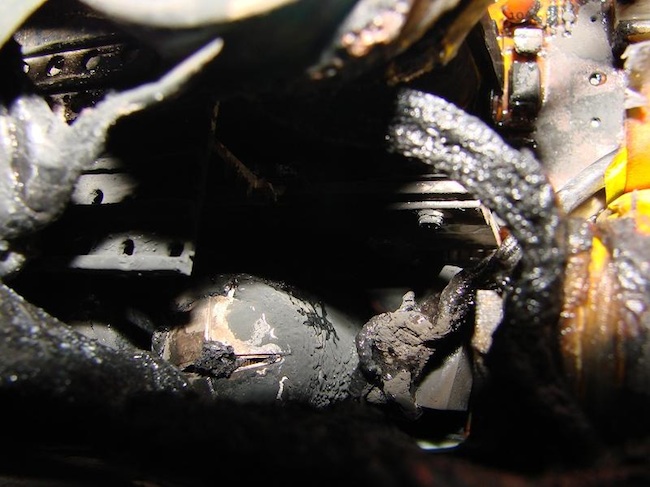 The horror, the horror

We quickly hit the main electric breakers, disconnected the PC and tossed it out onto the balcony. After that I began pouring bottled water in every orifice I could find. Five minutes later the fire was out.

Poring through the charred remains, it appeared as though Keith's DIY ways might perhaps have been partly to blame. The desktop PC, built by Keith himself, was 10 years old - but he'd installed a new power supply 10 months ago and it seems that a capacitor had blown.

After examining the singed machine, I discovered that the relatively new power supply had been the source of the fire. I should have known better than to buy a cheap, no name power supply. I don't really know what caused the explosion and resulting fire, but I do know that it only took five minutes for the fire to cause that much damage. Needless to say, I'm extremely grateful that nothing happened to my son ... he usually falls asleep with the PC on.

It took five minutes of dousing before the flames went out and they managed to cause a heck of a lot of damage to the delicate innards. 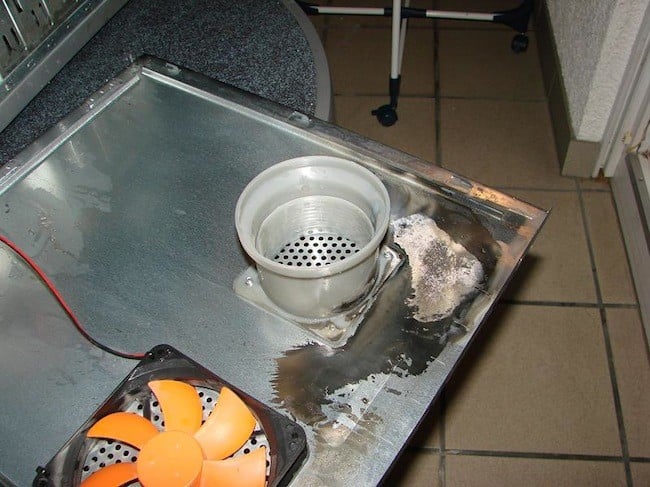 In true Reg reader style, Keith managed to save the homework as well.

My son's school data was on the water soaked hard drive, so I put it in the oven and baked it at 60 Celsius for 4 hours. That did the trick, the hard drive works perfect... I backed up all the data, just to be sure. Try to explain to the teacher that you couldn't get your report done because your PC caught on fire. Something like, "teacher, the dog ate my homework..."

But he has admitted he needs to shell out for a new computer:

I also baked the motherboard (CPU still attached), memory and video card at the same temperature to rid them of any moisture. After assembling the components in a new case, I switched it on, but unfortunately there was no response. The little green light on the motherboard was on but that was the only sign of life. Looks like I'll be buying a new computer. 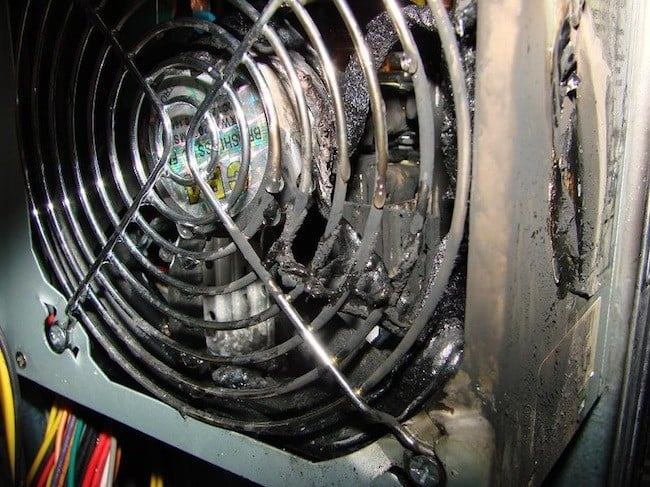 Keith has accepted he needs to buy a new computer 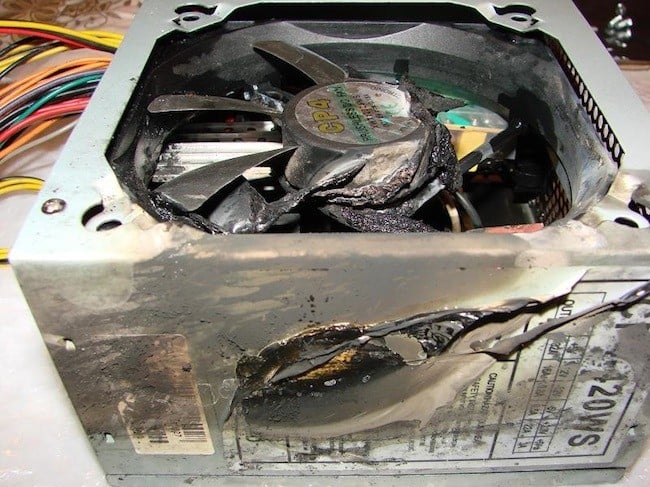 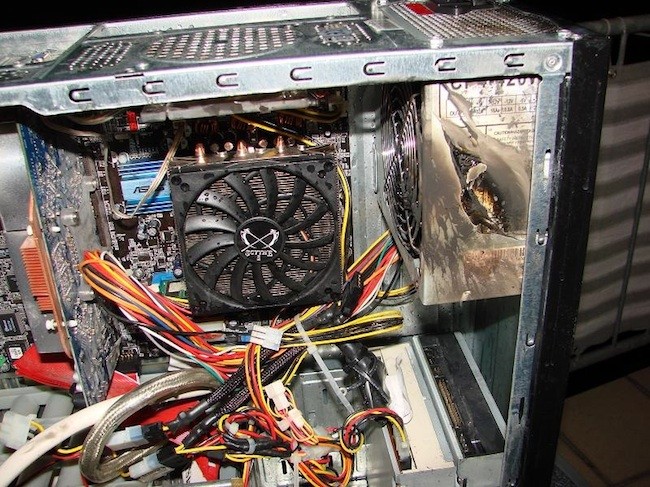 Still though, buying a new computer is seldom an entirely bad day. ®