Cambridge boffins fear 'Pandora's Unboxing' and RISE of the MACHINES

'You're more likely to die from robots than cancer'

Boffins at Cambridge University want to set up a new centre to determine what humankind will do when ultra-intelligent machines like the Terminator or HAL pose "extinction-level" risks to our species.

A philosopher, a scientist and a software engineer are proposing the creation of a Centre for the Study of Existential Risk (CSER) to analyse the ultimate risks to the future of mankind - including bio- and nanotech, extreme climate change, nuclear war and artificial intelligence.

Apart from the frequent portrayal of evil - or just misguidedly deadly - AI in science fiction, actual real scientists have also theorised that super-intelligent machines could be a danger to the human race.

Jaan Tallinn, the former software engineer who was one of the founders of Skype, has campaigned for serious discussion of the ethical and safety aspects of artificial general intelligence (AGI).

Tallinn has said that he sometimes feels he is more likely to die from an AI accident than from cancer or heart disease, CSER co-founder and philosopher Huw Price said.

Humankind's progress is now marked less by evolutionary processes and more by technological progress, which allows people to live longer, accomplish tasks more quickly and destroy more or less at will.

Both Price and Tallinn said they believe the rising curve of computing complexity will eventually lead to AGI, and that the critical turning point after that will come when the AGI is able to write the computer programs and create the tech to develop its own offspring. 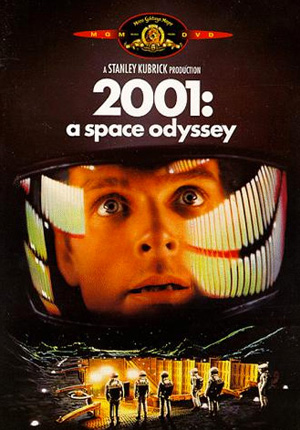 “Think how it might be to compete for resources with the dominant species,” says Price. “Take gorillas for example – the reason they are going extinct is not because humans are actively hostile towards them, but because we control the environments in ways that suit us, but are detrimental to their survival.”

CSER hopes to gather experts from policy, law, risk, computing and science to advise the centre and help with investigating the risks.

“At some point, this century or next, we may well be facing one of the major shifts in human history – perhaps even cosmic history – when intelligence escapes the constraints of biology,” Price said.

“Nature didn’t anticipate us, and we in our turn shouldn’t take artificial general intelligence (AGI) for granted.

"We need to take seriously the possibility that there might be a ‘Pandora’s box’ moment with AGI that, if missed, could be disastrous. With so much at stake, we need to do a better job of understanding the risks of potentially catastrophic technologies.” ®