MLC for business and TLC for pleasure 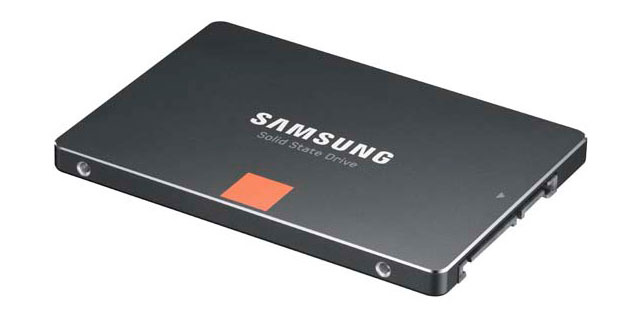 Same enclosure, yet vastly different tech in the SSD 840 and SSD 840 Pro

The more bits that can be packed in per cell means more GB per die and therefore more GB on a wafer without the need to shrink the die. However everything in the garden isn’t rosy. The performance of TLC NAND suffers in comparison with the other two types due to the number of control voltages used for reading and writing to the memory.

But that’s not the only drawback with TLC featured in the basic SSD 840, the elephant in the room is NAND endurance. The actual P/E (program/erase) figures for TLC are not available yet, but as a ball park figure, it’s thought to somewhere between 1,000 and 5,000 cycles compared to the 5,000 – 10,000 of MLC or the 100,000 cycles of hyper expensive SLC NAND flash.

Given these various factors, just how well do the 840 and 840 Pro compare to each and what more do they have to offer in relation to the SSD 830? Read on. 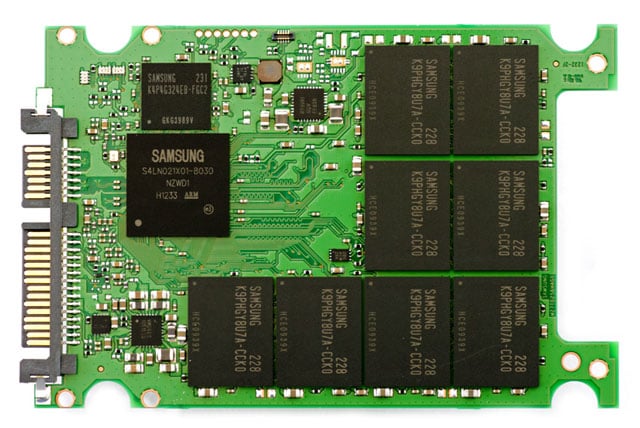 Given its business focus, the firmware (DXM02B0Q) for the 840 Pro is aimed at producing high performances under heavy loads. In addition to the 256-bit encryption, it also has WWN (World Wide Name) enabled and LED indicator support. These last two features are particularly useful when the drive is integrated into storage or server systems.