The Nokia Lumia 820 is the second of Nokia's two new Windows phones. It's the neglected sibling of the flagship Lumia 920, and is barely mentioned in Nokia's presentations.  But I found it a very capable handset, with plenty to commend it. Why does this sound a bit familiar? 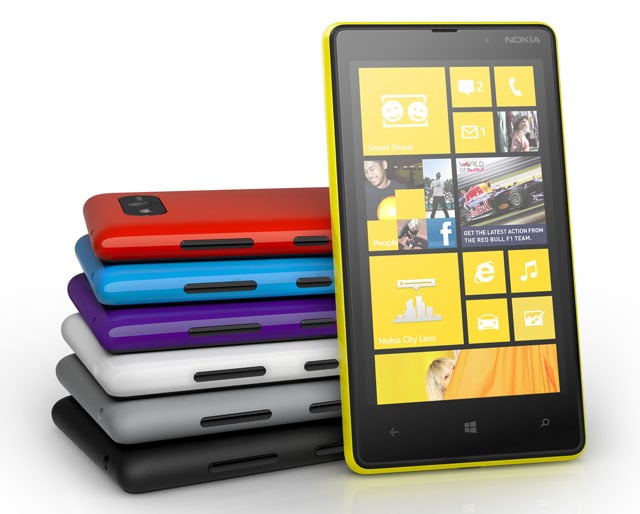 Nokia's Lumia 820: It's like déjà vu all over again

It's because a year ago, Nokia launched its first two Windows phones: the pricey flagship Lumia 800 and its considerably cheaper companion, the Lumia 710. Despite its lower cost, the 710 featured the same motherboard yet was smaller and more comfortable to use. The company has repeated the ploy here: the Lumia 820 processor is exactly the same as the 920, and it's also smaller and more comfortable to use. This time the price difference is much smaller and the 820 certainly isn't a 'budget' option. Or not yet, anyway.

The key differences between the 180g behemoth and the 820 are that this cheaper model features a micro SD slot and a removable battery – the latter is pretty rare nowadays. The 820 has a lower resolution ClearBlack display, compared to the glove-friendly, superfast IPS display on the 920, but I actually preferred the deep blacks and rich contrasts of the 820 - it made the 920's display look washed out. At 4.3in, the 820's display is smaller than its gigantic big brother, although this reduced size worked out easier to use. 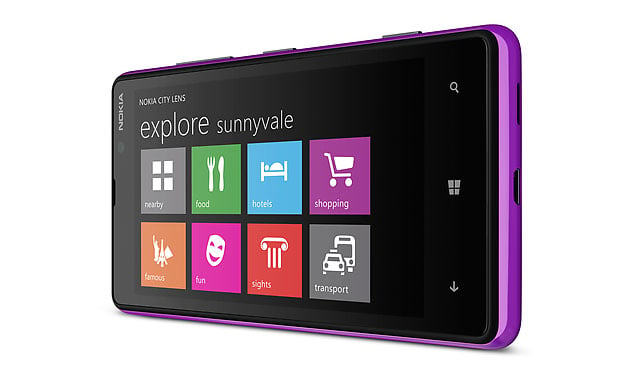 Expandability is also a big deal – for an extra tenner, you've got yourself a 32GB phone, and the 820 can take cards up to 64GB in size. And you will need some sort of card: the phone has just 8GB built-in for OS, apps and media, and the Windows 8 Phone OS takes up well over 2GB out of the box. Once the Nokia Maps are accounted for that leaves just 5GB free. So a micro SD card is a must. The removable battery is welcome – as battery depletion starts to eat in, about a year into your contract, you'll be glad you can get a brand new battery and swap it in seconds. Just as well; the 820 has the lowest capacity of any Windows 8 Phone

The downsides of the 820 are: the lower resolution screen (which in practice, I was surprised to find I quite liked), and the use of toughened glass rather than Corning Gorilla Glass. And possibly, the weight.

At 160g, the 820 isn't light, but I was surprised to be so pleased with the experience. Why? It's commendably solid, superbly well engineered, and the build quality gives you a great deal of assurance. Some people will prefer all this to the now ubiquitous cheap plastic smartphones today. For example, both new Nokias use zirconia-based ceramic material for the camera button, power and volume keys – barely scratchable stuff – and fitted in a solid housing. It gives a satisfying click. 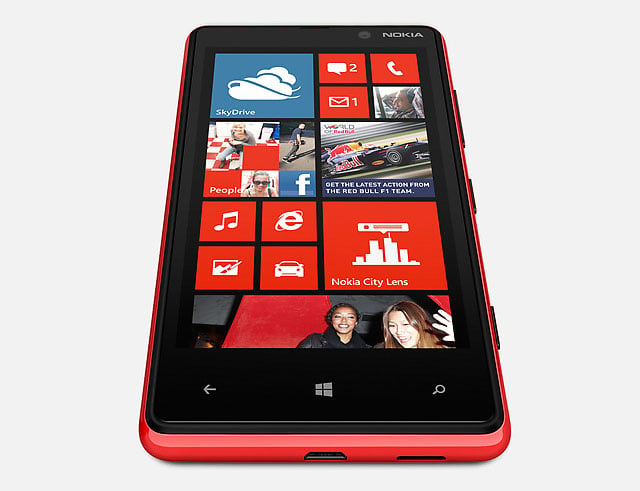 Appealing design and less bulky than the flagship Lumia 920

The 820 also scores over the 920 in having nicely rounded corners, which is hugely appreciated here – it's much more comfortable to pick up and hold, and less of an obstacle in your trouser pocket. That said, HTC's design with its 8x and 8S is much more attractive. HTC has comprehensively out-Lumia'd Nokia's Lumias, giving its two new Win 8 phones a beautiful, and very comfortable contoured case design, a very tactile surface, and a great choice of colours. But the two Lumias are the Volvos of smartphones – boring and dependable. If that isn't an insult.

Next page: Put on a charge
Page: