Ditch Ellison for the elephant 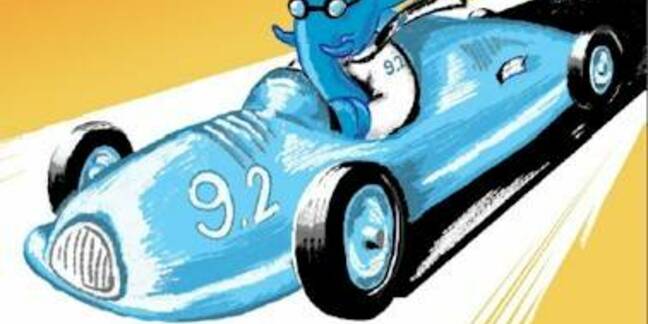 EnterpriseDB, the commercial entity that is helping to push development of the open source PostgreSQL relational database – and profit from it – is trying to keep the heat on database rival Oracle with its latest 9.2 release and a matching 3.0 update of its database management console.

The PostgreSQL project put out its beta of the raw 9.2 code back in May, and EnterpriseDB grabbed the code and ran it through its kiln to harden it for a beta release as Postgres Plus Advanced Server 9.2 in early October.

The biggest change is that the database now scales a lot further. PostgreSQL 9.1 started thrashing once a machine had more than 24 processor cores and was processing somewhere around 75,000 queries per second in which writes were part of the queries. But with the 9.2 update of the raw code, PostgreSQL can now span as many as 64 cores in a single system image and drive more than 350,000 queries per second.

This performance boost is not just enabled by spanning more cores, but by speeding up both read and write times in the database on top of letting the database span more iron.

This is a big jump in performance, and one that PostgreSQL users have been clamoring for. What it means is that PostgreSQL – and therefore the commercially supported variant from EnterpriseDB that is now available – can scale to all but the largest x86 and Itanium servers and actually make use of the iron.

What we don't know is how this performance stacks up against the open source MySQL alternative as well as the closed source Oracle 11g and IBM DB2 databases.

As is the case with any database update, Postgres Plus Advanced Server 9.2 has a lot of nips and tucks to boost performance that only database propellerheads understand.

In-memory sorts run 20 per cent faster than with the 9.1 release. And with Postgres 9.2, you can now do index-only scans, like other databases have been able to do for years. If a portion of a table is cached in memory and you need that data, you used to have to hit the index and then the full table, but now you can hit the index and whip right into memory for that bit of the table, thus speeding up access to that data by a factor of ten.

The database also has support for JSON data types (for hybrid document-relational databases) and support for range data types. Both of these are clever, and you can read all about it in this presentation (PDF).

The open source PostgreSQL database has binaries for Linux, OS X, and Windows, and EnterpriseDB takes this code and certifies it to also run on HP-UX on Itanium servers as well as on x86 iron running Oracle's Solaris Unix variant.

The database also has skinning software that allows it to look and smell like an Oracle 1og or 11g database to applications; IBM has licensed this technology and embedded it in its own DB2 database so it can offer an Oracle compatibility mode.

Postgres Enterprise Manager is revved to a 3.0 release concurrent with the release of the updated database, and it includes a new web-based client that allows it to run from any browser on any device so long as it has an internet connection. The PEM 3.0 tool also supports SSH tunneling so it's easier to access databases behind the corporate firewall. For admins, not hackers. (Well, that's the theory, right?)

A support contract for Postgres Plus Advanced Server 9.2 with 24x7 coverage costs $4,945 per system per year, and a subscription to the PEM 3.0 add-on normally costs $1,500 for the first two monitored database servers and $500 per database server after that. But through the end of December, EnterpriseDB will sell you PEM 3.0 at 50 per cent off.

EnterpriseDB says that it has over 5,800 customers using PEM, and that in the past year there have been over 5 million downloads of Postgres databases and various add-ons. ®