Following the extinction of gloriously bulky CRT video projectors, big screen aficionados have had a clear choice between LCD and DLP. Both technologies are capable of great results, yet have distinct weaknesses: single chip DLP projectors often suffer from rainbow fringing, created by the use of a spinning colour wheel, while LCD models struggle to distinguish tomatoes from oranges. 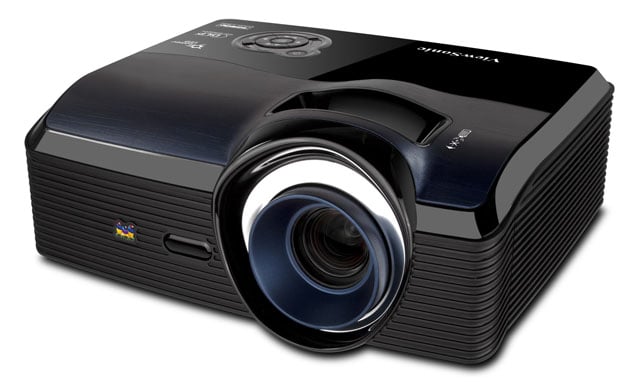 But now there’s a third option, Laser Hybrid LED. Viewsonic’s Pro9000 is the first such out of the gate, although a number of brands will also be introducing the technology. It’s a good looking 1080p model aimed at the mainstream home cinema market.

Just to put things in perspective, the Epson EH-TW6000 is a fairly typical LCD-based home cinema projector, priced at around £1300. It has a typical quoted lamp life of around 4,000 hours but will gradually lose colour intensity and brightness as the bulb begins to fade. Brightness is quoted at 2,200 ANSI lumens and contrast at 40,000:1.

A replacement bulb will set you back around £200. The average power consumption of the Epson is 356W. The Viewsonic, by comparison, is rated at 186W in its brightest configuration. Hence, using a solid state glow stick means no replacement lamps will be required (a significant hidden extra) and way more efficient power consumption. Indeed, ViewSonic quotes a life span of 20,000 hours for the LED light source, as well as a 100,000:1 dynamic contrast.

AV interfacing well catered for, but no USB for storage playback

LED laser illumination aside, the projector appears much like any other 1080p hopeful. It sports two HDMIs, PC VGA, composite and S-Video analogue inputs, plus 3.5mm minijack audio in/out. The projector is supplied with a backlit remote control and ships with a cute carry bag. There’s also a built-in 2W mono speaker offering rudimentary audio support. Power it all up though and things get interesting.

For starters, the projector offers Instant On. The image is at full intensity immediately, there’s no prolonged warm up period. Secondly, it runs cool, even after hours of use. This is great news if you’re the type that likes to plop a projector on a coffee table to watch the Big Match or enjoy marathon gaming sessions; even if you sit slap-bang behind it there’s no chance of melting your Maltesers. 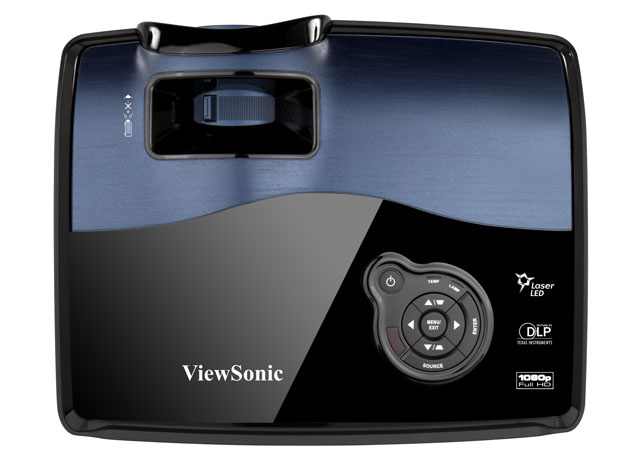 Looks cool, feel it too

Despite the lack of heat generation, it’s still a tad noisy though at 28dB. Engaging Eco makes no discernable difference to fan noise in most modes, however it does shave a significant amount of light off the screen which reduces energy usage, from 186W to 118W. You’ll need to enter Eco while in Theatre mode to really drop the volume to a more socially acceptable 22dB. 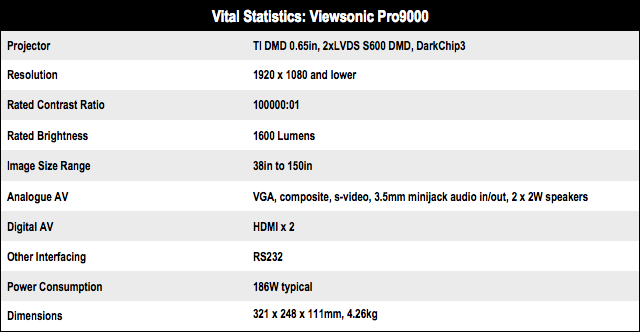 Next page: Dark side of the room
Page: