First step is admitting you have a problem. On the Reg

We're very, very disappointed that Reg readers did not answer our call for the hoardiest human to come forward and present photographic evidence of their obsession with hanging onto every last bit of crap.

Despite many horror stories - including tales of small children buried under defunct computer kit landslides, and fire departments battling to control massive suburban garage blazes erupting from ten years of WiReD back issues - just two brave souls offered proof of just how bad things can get if you don't resist the almost overwhelming urge to accumulate junk.

Actually, it's really just one brave soul, because Nicola Price took the opportunity to have a pop at Pop, and not without justification: 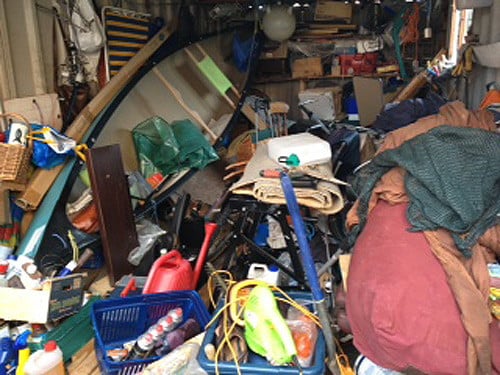 A shaken Nicola told us: "It it supposed to be a garage, but Dad turned it into a clutterage. He cannot use most of the stuff as he cannot get it out from behind the rest, so what is the point of it?"

Quite so. The only person who came forward to reveal his own assemblage of shame was Gaius Hammond, who noted: "Unfortunately my camera lens isn't wide enough to include the other half." 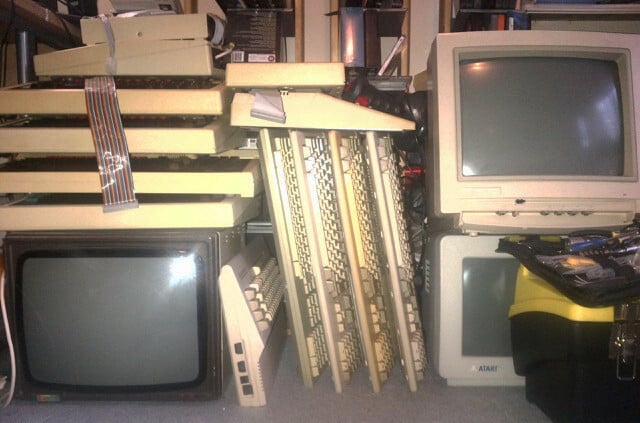 Just as well, by the look of things. We're certain there are many of you out there who are reading this while contemplating your own shameful collection of clutter, whose presence would doubtless be immediately required were anyone foolish enough to throw it in a skip.

While we respect every reader's democratic to right to live as he or she sees fit, we'd like to say that denial is a destructive force and the first step on the road to recovery is to admit, preferably publicly on The Register, that you have a problem which only several hundred trips to the local dump can ultimately resolve. ®