Unlocked iPhone 5 on sale in US, cheaper than UK - but not cheap

Cost of being British is a high one for fanbois

It has only taken three months, but from last night, Americans will now be able to buy an unlocked iPhone 5, and it will set them back $649.

Available online since last night and in physical Apple Stores from today, it's a sign that the supply pressure on the flagship phone is easing off. 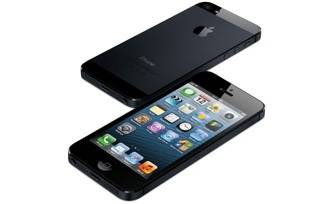 Slim, aluminum and now without a multi-year contract

The iPhone 5 has been available in the States since October, for $199 on a minimum two-year contract with AT&T, Sprint and Verizon. ®

You can forget about that Black Friday deal: Brit banks crap out just in time for pay day

Updated NatWest, RBS, FirstDirect and Ulster all on the fritz

Black Friday? Yes, tech vendors might be feeling a bit glum looking at numbers for the UK

Oh, I wish it could be Black Friday every day-aayyy, when the wallets start jingling but it's still a week till we're paiii-iid

Something for the Weekend, Sir? Judging by all the emails I'm getting, I think it is already

Samsung on fridge cert error: Someone tried to view 'unsavoury content' in middle of John Lewis

Black(out) Friday for HSBC: iOS and Android banking apps on the fritz