Wanna see a 30D-rack beauty that goes like the clappers?

What, we mean Whiptail's all-flash drive array, you perv

Whiptail has increased the number of storage nodes in its all-flash array to 30. 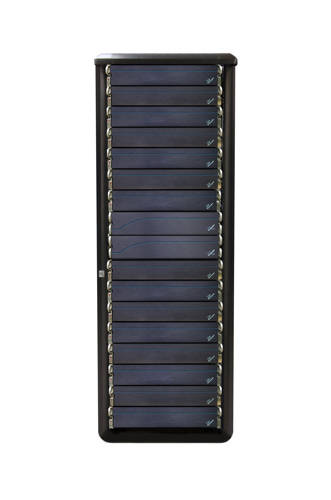 Whiptail said this makes Infinity "the highest capacity, highest performing and most flexible enterprise class modular solid-state storage array on the market". However, SolidFire claimed earlier this month that its SF3010 and SF6010 arrays can be clustered using 10Gbit/s Ethernet in 100-node setups offering more than 2PB of capacity and 5 million IOPS - which tops Whiptail's latest spec.

We're told the Infinity arrays can hold a petabyte of data in flash, provided you buy two of them. Dan Crain, Whiptail CEO, said: "It’s like eating potato chips, you can’t stop with just one.” If only the arrays were as cheap as chips.

More product news will be forthcoming from Whiptail in the next few quarters. Crain added: "This is just the beginning for us when it comes to the product roadmap. Now we’re moving into the high-capacity space.”

Invicta Infinity clusters will be available in the first quarter of next year. ®

Pour $25m in its coffers and the local NAS box gets it. That's backers' hope for public cloud type Nasuni

Smartens up software act with raft of improvements