Today's flash memory wears out over time, because moving electrons in and out of transistors wears them down. That problem has led manufacturers to implement “wear levelling” algorithms that ensure data is not always written to the same regions of a disk. By sharing the work around, wear levelling helps flash disks to age gracefully, instead of frequently-used regions dying young.

The likes of Intel and Samsung have, of late, been keen to point out that their wear levelling techniques are now so advanced that disks they make will likely survive all-but the most extended working lives.

But Macronix's innovations, which it will reveal at the 2012 International Electron Devices Meeting in San Francisco on December 11th, look like making wear levelling irrelevant.

Macronix has signed up to deliver a talk titled “9.1 Radically Extending the Cycling Endurance of Flash Memory (to > 100M Cycles) by Using Built-in Thermal Annealing to Self-heal the Stress-Induced Damage” at the event. The summary for the talk explains that “Flash memory endurance is limited by the tunnel oxide degradation after repeated P/E stressing in strong electric field.”

“Thermal annealing should be able to repair the oxide damage,” the summary continues, “but such theory cannot be tested in real time since completed device cannot endure high temperature > 400°C and long baking time is impractical for real time operation.”

Macronix's breakthrough is described as “A novel self-healing Flash, where a locally high temperature (>800°C), short time (ms) annealing is generated by a built-in heater.” This apparatus performs so well that the company says its tests reached 100 million read/write cycles without any signs of trouble ... and that longer life looks possible but they ran out of time to run more tests. 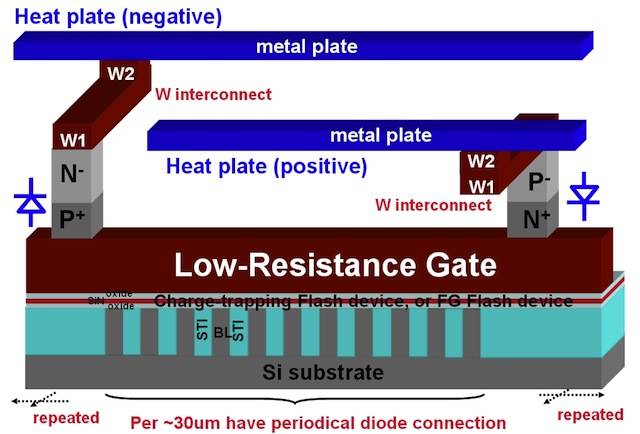 A happy by-product of the process is faster erase times, giving flash yet another speed advantage over spinning rust.

One of the researchers on the project,  Hang‑Ting Lue, has told IEEE Spectrum that the amount of energy required to heat flash in this way is sufficiently small that it will be suitable for use in mobile devices. He's also said the technique has the Macronix intends to commercialise the technology, but of course it's too early to suggest a timeframe for its arrival in mass-market products. ®

Company had hoped deal would grant access to $300m trust account, but shareholders cleared it out
HPC9 Aug 2022 | 2