Boffins believe terrestrial planets orbiting Sun-like stars in the galaxy are probably more hospitable to life than Earth, thanks to their balmy subsurface temperatures. 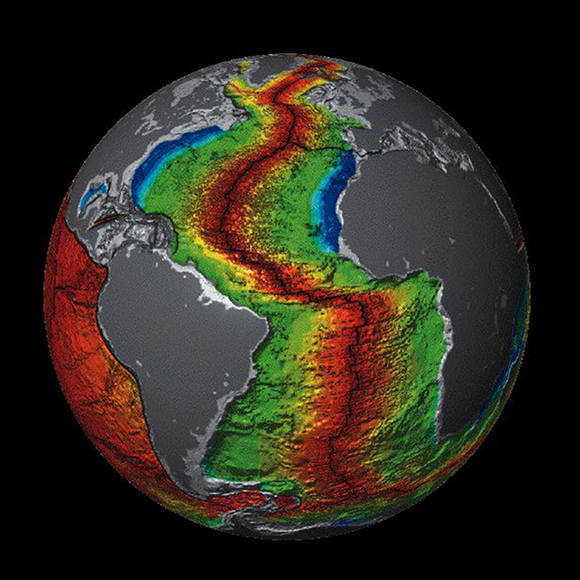 From the stars found by the HARPS (High Accuracy Radial Velocity Planet Searcher) spectrometer at the European South Observatory in Chile, geoboffins and astroboffins selected two solar twins of our Sun - stars roughly the same size, age and overall composition - and measured the amounts of radioactive elements they contained, a key indicator of their world-building abilities.

Elements such as thorium and uranium are essential because they help heat up a planet's interior and power its plate tectonics. It is believed these are needed to keep water - an ingredient for life - on the surface of the world.

Seven of the eight twins studied so far possess more thorium than our Sun, and if the planets orbiting in the habitable zone around those stars inherited this material, they may have warmer interiors. This means tectonic activity will have occurred for longer, giving life more time to arise.

One star, for example, had 2.5 times more thorium than the Sun, and the boffins now expect its habitable planets to be 25 per cent warmer inside than Earth. The findings have also encouraged the scientists to extend the habitable zones around each star, increasing the number of prospectively life-packed Earth-like worlds.

"At this point, all we can say for sure is that there is some natural variation in the amount of radioactive elements inside stars like ours," Ohio State doctoral student Cayman Unterborn said.

"With only nine samples including the Sun, we can't say much about the full extent of that variation throughout the galaxy. But from what we know about planet formation, we do know that the planets around those stars probably exhibit the same variation, which has implications for the possibility of life."

The relationship between plate tectonics and surface water isn't fully understood, but boffins do think that the same forces of heat convection in the mantle that move the Earth's crust regulate the amount of water in the oceans as well.

Microbial life in particular benefits from subsurface heat, with some microbes on Earth living directly off that source for energy instead of relying directly on the Sun.

To confirm its findings, the team wants to do a detailed statistical analysis of noise in the HARPS data to improve the accuracy of their computer model. The boffins will then ask for telescope time to look for more solar twins. ®