2012: an epoch-defining year for home entertainment

Analogue telly out, 4K Ultra HD in... and more besides

Not that its been all bad news on the telly front. TV sizes have been creeping up, news certain to delight home cinephiles. Sharp offered the mouth-watering 60in LC-60LE636E for a mere £1999, while Samsung tempted with its largest ever Smart TV, the spectacular 75in UE75ES9000 (£8000). Those looking for high impact screens were suddenly spoilt for choice. 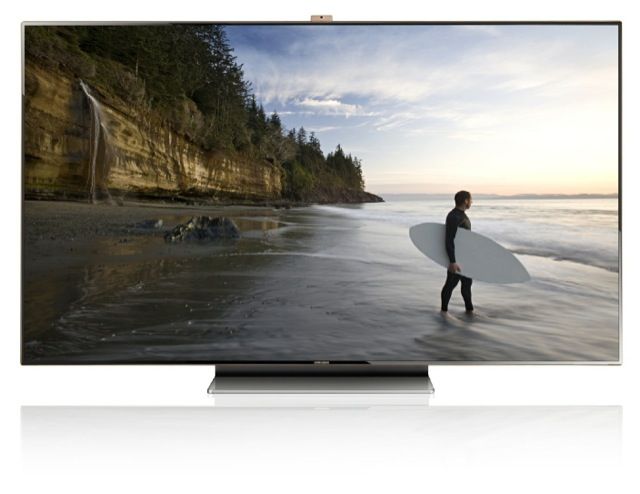 And with 4K x 2K Ultra HD emerging from the shadows, it seems things are set to get larger still. Sony got the Ultra HD party started at German techfest IFA, with the unveiling of the 84in Bravia KD-84X9005. The set’s images were almost as stunning as its price, a cool £25,000. Expensive certainly, but 4K is a genuine evolution of the TV experience.

The screen does a marvelous job of up-rezzing Blu-ray, and Sony even had a neat trick up its sleeve to compensate for the lack of native 4K content: a bundled 4K media player pre-loaded with movies, some of which you might actually want to watch. The catch of course is that this media player is only being distributed Stateside; there’re no similar plans for Europe, says Sony UK.

LG duly followed with its own 84in Ultra HD monster, the £22,500 84LM960V, while Toshiba waits in the wings with another iteration. With a (limited) 4K Astra channel expected to launch during 2013, it seems Ultra HD is revealing legs - and they look rather lovely.

2012 has also been the year that Wi-Fi Hi-Fi finally became a mainstream proposition. Surprisingly, the driving force hasn’t been Apple with its AirPlay tech, but wireless audio pioneer Sonos. £259 gets you the ageing Sonos Play:3 Wi-Fi bridge and an elegant new way to listen to music. The brand’s enormous success has caught traditional audio companies napping, but now they’re all fast tracking rival systems. Perhaps the most interesting is Pure. Cheaper and distinctly more colourful, the Pure Jongo wireless music proposition may yet become the Swatch of streaming music.

The DVR scene also deleted its doldrums during 2012, with a selection of nifty internet-connectable digital TV recorders, the best of which was YouView. It may have landed two years behind schedule and cost £70 million to develop, but this next-generation box, the Humax YouView DTR-T1000, was worth the wait. Seamlessly integrating internet-delivered catch-up with digital terrestrial broadcasts, YouView sets a new benchmark for timeshifters. Freesat was quick to follow with its lookalike Free Time service, again using a Humax-made box, the Humax HDR-1000S. Unfortunately, this proved buggier than an Ikea crèche. View21's Freeview+HD IPTV DVR impressed me too.

If there’s been a defining trait this year, it’s “smart” connectivity: TVs, Blu-ray players, AV receivers - if your latest toy doesn’t have an Ethernet port or Wi-Fi built in, then it’s most definitely of the wrong vintage. This trend has fuelled an IPTV gold rush, which has seen BBC iPlayer, Netflix, Lovefilm Instant and numerous other cloud-based services pouring into devices.

YouView showed how to combine catch-up and broadcast TV

2012 was also the year that analogue TV finally shuffled off this mortal coil after more than 70 years of sterling service. It’s testament to the efforts of Digital UK that nary a tear was shed when the plug was finally pulled on 24 October.

The switchover, which began in 2008, involved digitising 26 million homes and re-engineering 1100 transmitters, in the process extending Freeview coverage to 98.5 per cent of the country. Oddly, it was the demise of Ceefax, a BBC teletext staple for 38 years, which seemed to elicit more emotion. Ex-PM John Major was even prompted to say that it would be “much missed”, confessing he used it to keep abreast of the cricket scores during his tenure at Number 10.