Virtual storage will be a pocket miracle - if it works 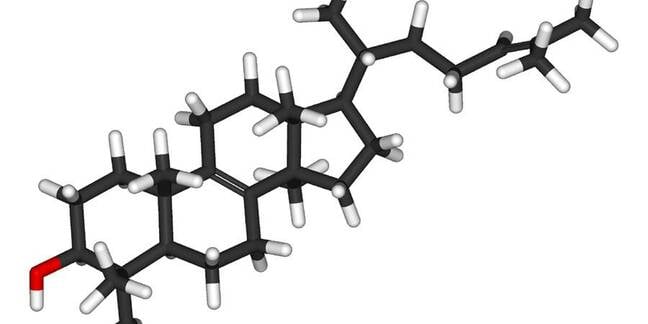 Startup ScaleIO has come out of stealth-mode operation. Its ECS virtual storage appliance (VSA) is on major steroids, making it a serious alternative to existing storage array network (SAN) arrays rather than a toy.

ScaleIO turns application servers' local storage into an on-demand low-cost SAN. This puts it in the same ballpark as OnApp.

ECS v1.0 is deployed by SAP, Check Point Software Technologies, Aer Lingus, OCF accounts, and Colt. ScaleIO claims its use reduces storage costs by more than 80 per cent and delivers direct savings of over 28 per cent on an organization’s total IT budget.

ScaleIO says ECS can be managed from both a command-line interface (CLI) and a graphical user interface (GUI). ECS v1.1 natively supports all the leading Linux distributions and hypervisors; works agnostically with any SSD or HDD, regardless of type, model, or speed; and runs on x86, ARM, and other chipsets.

The company has received a $12 million round of funding and will use it to expand its field operations.

The El Reg storage desk asked ScaleIO if it could say where the HP StoreVirtual VSA, the Dell EqualLogic VSA and other specific VSAs fall short, and how generally or specifically ScaleIO will fix those issues.

CEO Boaz Palgi responded by pointing out that data centres are expanding to many thousands of servers, because enterprises are consolidating buildings into fewer mega-facilities: and small and medium enterprises (SMEs) are moving to cloud and hosting infrastructures.

Existing VSAs are incapable of providing SAN storage services to such a number of servers, Palgi argued, nor are existing SANs.

"VSAs generally scale to only a handful of servers, or maybe to maximum a few tens of servers," Palgi claimed. "This makes such products unsuitable for today’s medium and large data centres with hundreds or thousands of servers; operating hundreds of VSA 'silos' would be a management nightmare.

"ScaleIO ECS scales to many thousands of servers, making it an obvious choice for mid and large size data centres that want to benefit from converged storage. ECS is already deployed today at customer production and pilot environments with hundreds of servers."

The more servers a SAN serves, the more important it is that it be resilient and will not fail. The cost of failure is too high.

"ScaleIO’s advanced failure handling techniques ensure an enterprise-class level of resiliency that is similar or better than traditional SAN. Resilience is the first thing that any prospect tests into detail, trying to break our product: customers and strategic partners alike have all testified that in terms of product robustness, ScaleIO is well-ahead of the pack."

When data centres have many thousands of servers and dynamically-changing business needs mean storage demand can fluctuate significantly. Palgi says the VSAs we mentioned above are targeted at SMEs and can't deliver any serious performance. ScaleIO's technology can because it has a parallel architecture utilising each server node's disks, or other storage such as solid state.

"The system [can] leverage a large number of disks (HDD or SSD) in parallel – resulting in tremendous performance results … Unlike other storage products, the performance of ScaleIO increases linearly when adding more servers and devices to the pool."

The available performance is parcelled out in an organised way:

"ScaleIO provides Quality of Service for performance, guaranteeing storage performance for all participants and preventing “hogging” of performance; something that is particularly important in larger-scale multi-tenancy environments."

He identified a few application areas where the ECS product is being trialled; in-memory databases, distributed databases, VDI and other high performance application environments..

Let's think about what we have learnt for a moment; a data centre could have, say, 50,000 servers. ECS scales out to hundreds and thousands of nodes. What proportion of a data centre's servers will be ScaleIO storage nodes? Let's be bold and say half, 25,000. ECS is, Palgi tells us, elastic and scales performance linearly. Nodes can be added, moved and removed.

Okay. Let's envisage the ECS node count varies in our scenario between 5,000 and 30,000 and that storage demand can change by 20 per cent in minutes. At the 5,000 node level that means adding 1,000 nodes in minutes. The ECS system has to respond to the add node request and rebalance its infrastructure and rearrange its protection and resiliency schemes, all the while coping with disk failures.

That's as far as we can go here, until ScaleIO releases more details of its ECS product. The glimpses we have indicate a re-invention of SAN storage. We could consider a VSA today being like a bicycle dynamo, strong enough to power a headlamp, but that's all. ScaleIO's ECS storage facility is going to be more like a power station - if the development succeeds. ®