This is out of hand now: Apple attempts to trademark the LEAF

Presumably next it will be blank space around the logo

If you thought Apple patenting the rectangle was a gratuitous abuse of intellectual property, you may be pained to hear that Apple has now applied to trademark a leaf.

Specifically, Apple wants to protect the leaf on its company logo. Apple applied for to the European Trademark Registry on 3 December, with the help of London lawyers from Edwards Wildman.

Here's a screengrab of the submitted application: 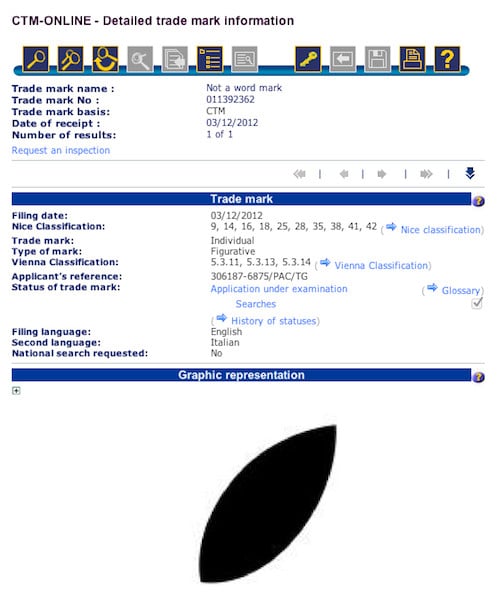 Apple: trademarking the leaf. The white space around the leaf next?

So put the brakes on any plans to put sharp-ended tilted ovals on trainers or text books, because if the trademark is granted, you may end up on the receiving end of legal action from Cupertino.

According to the filing, Apple previously submitted a trademark application for the leaf in China.

We've requested a comment from Edwards Wildman, but have received no reply. ®