Apollo 17 touched down on December 11th

No matter how impressed you are by Curiosity's martian trundlings or the various private space programs showing us all the final frontier isn't just the province of governments, the fact remains that as of today it's 40 years since a human set foot on the moon.

The craft took off on December 7th and was the only night-time Apollo launch. One of the booster rockets used was aimed at the moon, which it duly struck. That impact was measured by instruments left behind by Apollo 15 and 16.

The Smithsonian's record of the mission says it made moonfall at 19:54:57 GMT on December 11.

Ronald E. Evans was the unlucky astronaut left to orbit the moon in the Command Module. His two colleagues - Harrison H. Schmitt and Eugene Cernan – descended to the lunar surface. The pair landed in the Taurus-Littrow valley and conducted three moon walks. Moondrives may be a more accurate term, as the mission carried a Lunar Roving Vehicle the pair used to travel 35.9kms around. At some points the pair were more than 7km from the lander. 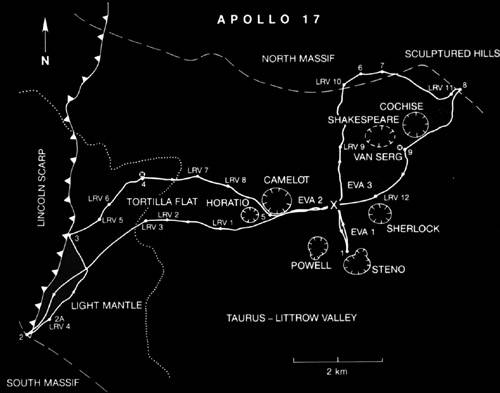 A map of locations visited by Apollo 17

Schmitt was the first scientist to visit the moon. A geologist by trade and never a member of the military, Schmitt claimed to have captured the iconic “blue marble” photo of the earth in space. NASA credited the whole crew.

What's not disputed is that Schmitt developed some of the techniques used to investigate the moon's surface on the mission. Those techniques gathered more than 110kgs of samples - cores, material from a trench and soil – that were returned to earth. As the mission landed near steep cliffs, the samples offered insights into many ages of the moon's life.

Apollo 17 was the only night-time launch in the program and spent 75 hours on the lunar surface. The crew spent 22 of those hours outside the lander.

NASA sent no more astronauts to the moon after Apollo 17, with political machinations seeing funding directed to other missions. Further Apollo missions were scoped – 18,19 and 20 were on the drawing board – but other missions like Skylab took priority. 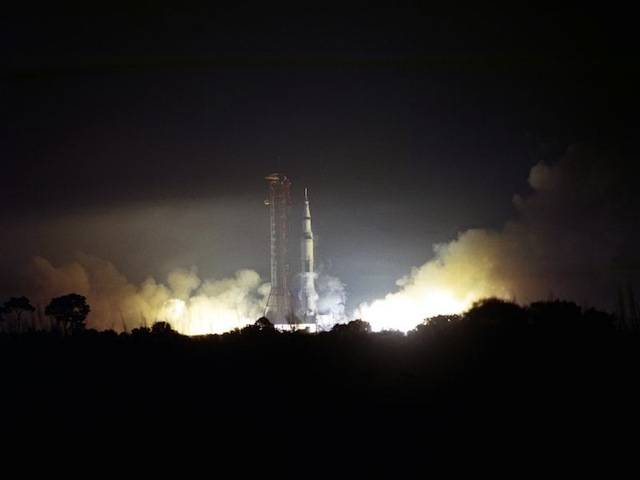 Cernan was therefore the last man – to date – to walk on the moon, and uttered the following words upon departure:

“As I take man's last step from the surface, back home for some time to come – but we believe not too long into the future – I'd like to just (say) what I believe history will record. That America's challenge of today has forged man's destiny of tomorrow. And, as we leave the Moon at Taurus–Littrow, we leave as we came and, God willing, as we shall return, with peace and hope for all mankind. Godspeed the crew of Apollo 17."

It's hard not to hope he was right. ®