Hooks into the full-tilt-boogie, SaaSy IT bean counter

For the past five years, Apptio has been building and expanding a cloudy service to manage your IT the way the CFO wants you to: by counting the beans as well as the clocks and bytes so you can figure out what the services your data center provides actually cost lines of business. Now Apptio wants to count the cost of your public cloud capacity.

There are plenty of tools for managing internal IT gear and external public cloud capacity, but that is not what Apptio does. What Apptio cares about is figuring out the capacity you are using and helping you figure out what your applications actually cost to deliver.

A few weeks ago, Apptio announced the fall release of its Technology Business Management tool. It's not sold as licensed software that you install in your own data center, but as a service from Apptio's own cloud that takes in telemetry from your data center and chews on it.

Today, the company is rolling out a companion product, with a distinct code base, called Cloud Express, that was developed to count the beans for public cloud usage.

Apptio was founded in 2007 in Belleview, Washington, under the shadow of Microsoft, and uncloaked out of stealth mode in August 2009. The company has raised $91m in four rounds of venture funding to date, including cash from Andreessen Horowitz, Shasta Ventures, Madrona Venture Group, and Cisco Systems.

Initially, the company has focused on very large organizations with complex IT operations in the financial services, high tech, and healthcare fields, and has over 100 Fortune 1000-class customers, Chris Pick, chief marketing officer, tells El Reg.

With the launch of Cloud Express, Apptio is not only going to be able to bridge its TBM chargeback/showback solution for physical and virtual infrastructure out to public clouds, but given the fact that Cloud Express is free, Apptio will be able to have a loss-leader service that gets potential customers familiar with Apptio without having to give away the TBM family jewels.

The software behind TBM and Cloud Express is not open source, and Apptio does not sell on-premise licenses to its wares, either. While the Cloud Express service is free, it does have limited tech support (like open source software does), and if you want to get lots of hand-holding, you'll have to buy a license for the TBM service. At some point, Apptio might offer a commercial version of Cloud Express with a nominal fee, but that is not the plan at the moment. 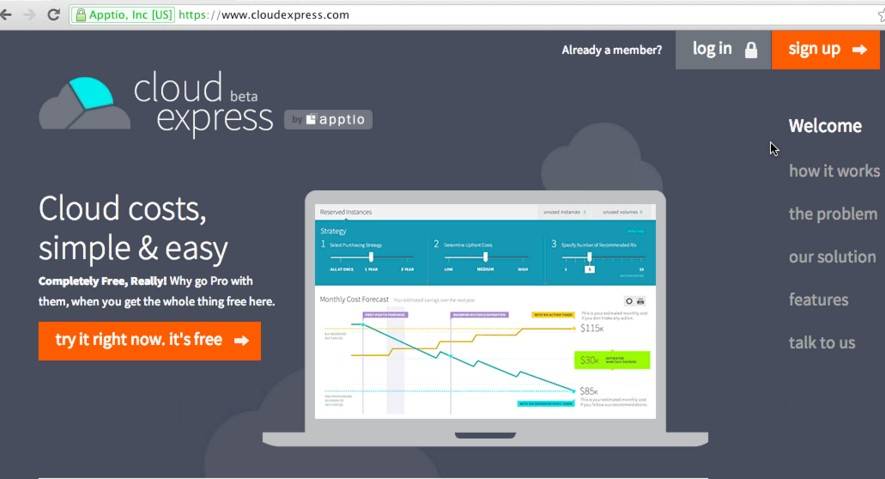 The Cloud Express tool knows how to parse the 40 different services on your Amazon AWS bill, as well as cloud services from Rackspace Hosting and Microsoft Azure. The tool imports your billing and usage data from these services and allows you to figure out what public cloud services (whether they are infrastructure or platform services) are costing you for the capacity they deliver.

If you want to use Salesforce.com's Heroku, Google's App Engine, or other cloud services, there are ways to import their data into the Cloud Express service, too – but for now, AWS, Rackspace, and Azure are the services that the tool supports out of the virtual box. 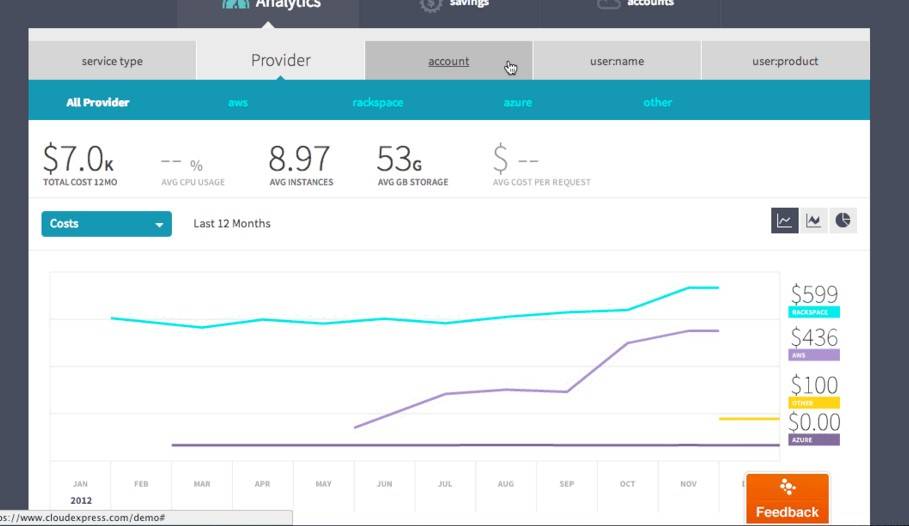 The Cloud Express tool is coming out of beta today and was created by request of existing TBM customers as well as some newbies. About 150 testers were involved in a private beta, and now Apptio is opening up the beta to a broader public beta.

"We want to allow CIOs to figure out how much shadow IT they have, and then to compare it against their own IT operations and see if they are priced mark-to-market," says Pick.

Of course, getting every programmer and department to admit they have AWS, Rackspace, or Azure capacity, and then submit the bills to the IT department, will be another problem. The simple solution would be for the CFO to simply refuse to pay for any cloudy capacity that is not also submitted to the CIO. ®