Email is so last century

Why don’t we just phase it out?

Over the course of the past year or two we have started to hear that email is becoming less relevant in this era of social networking.

With websites such as Facebook grabbing the world’s attention and organisations encouraged to communicate with all and sundry via sites such as Twitter and LinkedIn, many are seriously questioning the importance of email in everyday business activities.

Despite the rhetoric from social networking enthusiasts, however, it will come as little surprise to any IT professional that email continues to be widely deployed in the vast majority of organisations.

A quick glance at some recent survey results (see figure 1) shows that email usage is extremely high, with more than nine out of 10 organisations using desktop-based email and almost four out of five using web-based email – and that’s not counting the growing number of users who access email from a tablet or smartphone. 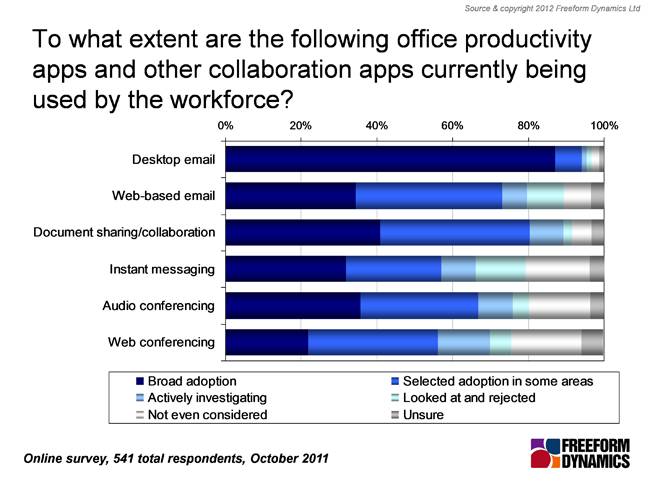 Email is deeply woven into business life. In the usually fragmented world of IT technology, the adoption of email is probably as close to universal as any other solution.

Just how valuable is email to business operations? This is an important question that business and IT people rarely consider.

Now you see it

The very fact that email is so widely used by almost every department in every organisation has reduced its visibility. Until the email system stops working, it is very easy to take it for granted.

But ironically, the frequent difficulties users have in accessing their inboxes from smart phones, tablets and other devices have raised awareness of how reliant on email we have all become.

The days when only a few senior managers had access to email while on the move are coming to an end, which can mean a lot of helpdesk calls coming in within minutes, or even seconds, of a pause in the flow of email messages.

Over time, email has been integrated into a wide range of critical daily operations. In many cases it has become a major component of business processes by stealth rather than design.

People are very comfortable with the solution, even if many on occasion find fault with some of the applications they use to access their inboxes and message stores. 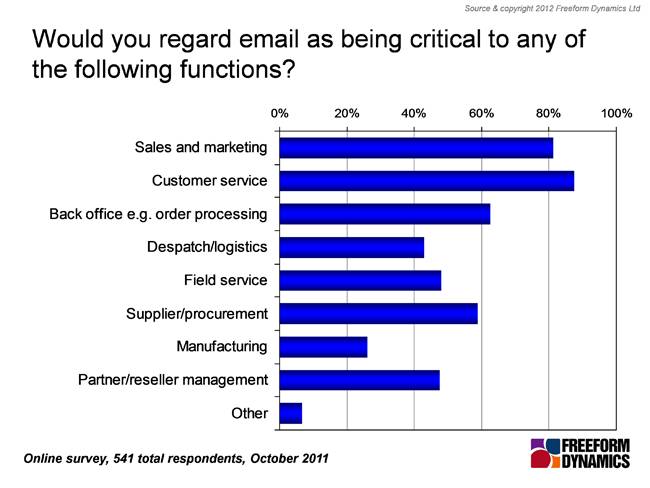 Figure 2 reflects the widespread importance of email in almost every area of business and indicates that any attempt to move away from email will take a great deal of time, effort and money.

Changing business processes and the systems that underpin them is not something to be undertaken lightly, especially when large numbers of users are involved.

Tampering with such fundamental mechanics requires a clear view of the benefits to be gained, the security and governance risks to be assessed and the business case to be made.

And when business processes touch customers, suppliers and partners, there is even less reason for facing the challenges associated with change unless the advantages are very obvious.

To date relatively few opportunities have been identified where the adoption of new social platforms offers a viable alternative to email.

After all, how many of your suppliers would be happy to act on a purchase order placed on a public community site without robust verification being in place? Would you?

More documents are routinely landing in the email inbox

Looking beyond day-to-day messaging, with email file stores now routinely offering several gigabytes of storage capacity it is common for users to employ their email system as a convenient place to keep files.

The fact that many email systems offer reasonable search capabilities adds to the attraction, now that more documents are routinely landing in the email inbox.

In many organisations email has also surreptitiously established itself as the collaboration tool and content management system of choice, complete with date stamping and versioning. Email provides a simple way to synchronise important documents between the expanding portfolio of devices users expect to employ.

Email is still firmly embedded in business and so far shows little sign of diminishing in importance to the vast majority of organisations. Like that of the mainframe, reports of its demise have been greatly exaggerated.

If past experience is any guide, the likelihood is that email will be with us for a very long time and that it is more likely to be used in tandem with social platforms than to be superseded by them.

If you have a different view, do let us have your thoughts in the comment area below. ®