Windows 8: At least it's better than ‘not very good’

A night on the tiles

Something for the Weekend, Sir? By the pricking of my thumbs, and by the noisy crowd booking out half the pub, the wickedness of office party season has kicked in big time. Certainly, 'tis the season to be jolly and to suffer the indignities of itinerant workers debasing themselves in order to get invited. 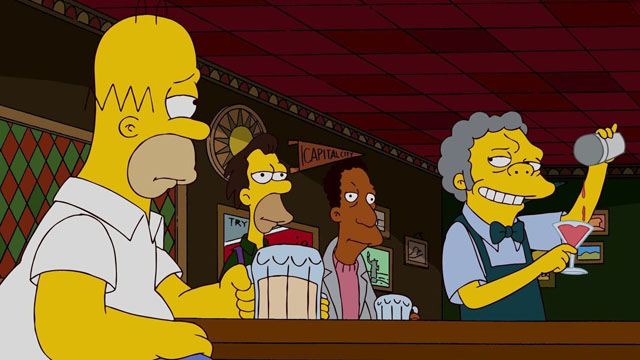 The importance of networking: Another year at the Cheshire Cheese
Source: 20th Century Fox Television

Personally, I prefer industry get-togethers such as the annual all-afternoon piss-up for IT journalists held at the Cheshire Cheese on Fleet Street. This year’s event was especially memorable for its aftermath as I was working a night shift immediately following my departure.

Normally, faced with an impending hangover, I would expect to sleep it off, so it was objectively fascinating to endure ten hours of excruciatingly gradual sobering up while fully awake.

Arriving at my desk a little squiffy, I experienced the usual chatty cheeriness followed by sleepiness after which my brain staggered into the unknown… headache, rabid thirst, dizziness, throbbing in my ears, another headache and rounding off with an intense stare that required the help of two strong colleagues to forcibly pull back my scalp in order to unfurrow my brow.

I suspect this may also be the sequence of afflictions that arise from using Windows 8 on a desktop or notebook PC while under the influence of a well-fortified mince pie. 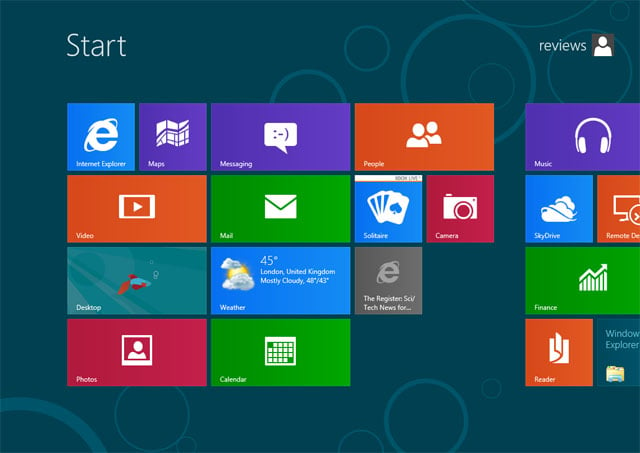 Mmmh, so what's this all about?

Surely, part of the magic of Windows 8 is its clever invisibility trick – no-one ‘on the street’ seems to have seen it – and I’m still evaluating whether or not it’s pants, or indeed exactly how many pants. My own initial experience probably matches yours:

1. You begin by being charmed by the tiles

2. Then you’re frustrated that all your windows are full-screen

3. You discover legacy mode and things get better

4. You wonder what all that tile business was for.

This is very different from a year ago when early demonstrations by Microsoft had something of a ‘wow’ factor compared to today’s ‘whoa’ factor. But then it’s always the same when you demo things that are visually fantastic but that no-one would actually ever want to do.

I’m reminded of a demo soon after the launch of Windows 95 at which a slick presenter opened three video files (postage-stamp size, admittedly) in separate windows and ran all three simultaneously. It was a striking example but quite useless when you think about it.

Worse, the task was impossible to replicate on anything but the most powerful PC on the market. Typical PCs like mine were having enough difficulty keeping up with the constantly shifting swap file while typing a Word document, the interminable grinding of my hard disk sounding like a mini concrete mixer at my feet. 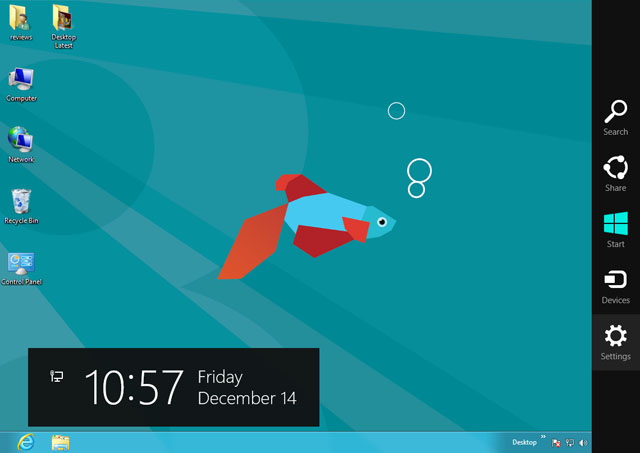 At least it wasn’t as bad as Windows 3. What a pile of shite that was. In a way, the concept of Windows 8’s Metro is reminiscent of that arse-wipe of an interface known as Program Manager in that it was specifically intended to get in the way, with the notable exception that Windows 3’s childish, space-wasting visual design could only have been created by a myopic two-year-old.

Perhaps I am being too harsh. I can still remember testing Ventura Publisher under GEM in 1987 on a PC whose obscene goldfish-bowl-like CRT display was so uncontrollably brilliant that I acquired a tan and almost burnt out my retinas.

Even the ability of Windows 8’s tiles to run like self-contained apps by showing information inside them reminds me of Microsoft’s attempts to persuade us in the 1990s to use Internet Explorer – the worst web browser in the world, remember (and given the dreadful shareware I’ve tried over the years, that’s saying something) – to embed its ghastly self into our desktops.

The thing is, when I said all this at the time, I was on my own. Everyone else loved Windows 3 and even more so 3.1, whose unique selling point was not being as shit as Windows 3. I’ve never been able to agree with my elders and betters.

And so this might explain why (roll of drums) I’m starting to warm to Windows 8. My frustrations are melting away and I’ve starting enjoying myself as I use it in anger rather than just playing around on it. Or then again, perhaps it’s just an extension of my waking hangover. Only a madman or a drunk would like Windows 8, surely.

And on that note, I hope your office parties go well. Let’s meet up here again in the New Year. ®

Alistair Dabbs is a freelance technology tart, juggling IT journalism, editorial training and digital publishing. He does not condone alcohol abuse. Getting drunk is neither big nor clever, and by a strange coincidence, the same can be said for Alistair Dabbs himself.

Surprisingly fixable... with a bulging toolbox

'Fast Pair' works on Androids and some audio devices, Google wants it in your car too