Isn’t that just typical? Science waits half a century for a Higgs boson, and when it arrives, just like a bus, a second one is right behind.

That’s the tantalising prospect raised by the most recent release of data from the Large Hadron Collider scientists, who had barely finished celebrating after confirming that they’d spotted the elusive particle.

The Higgs boson was posited as part of the Standard Model as necessary to bestow mass on other fundamental particles – the W and Z bosons – but it took the era of high-powered colliders like the LHC and the now-retired Fermilab Tevatron to produce energies high enough to bring the particle into existence.

It also took a lot of data-gathering, because the Higgs pops its head up in only a few collisions out of millions or billions.

As Scientific American explains, ever since the original Higgs boson announcement, scientists have been reviewing the ATLAS experimental data to try and identify possible anomalies – and they’ve turned up a gem. 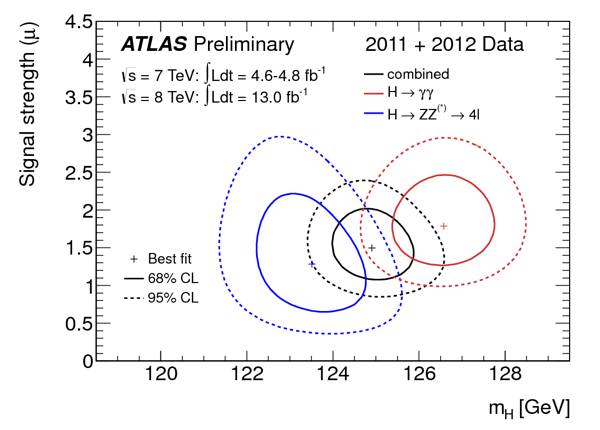 There appears to be not one Higgs boson “signal”, but two: one at 123.5 GeV (giga-electron volts), the other at 126.5 GeV. The first decays into pairs of Z particles, while the second shows the decay of a Higgs into two photons. (Here, “signal” refers to a spike in the observations at a particular mass level.)

It could, of course, be a statistical blip that disappears as more data is collected – the next big data release from CERN is scheduled for March – or, as particle physicist Adam Falkowski blogs, it could result from a “systematic error” (he humourously posits “alcohol abuse” as a possibility).

However, as Scientific American notes, the ATLAS scientists have worked hard trying to filter such errors out of their data.

A pair of Higgs isn’t excluded by the Standard Model of physics – but Falkowski points out that the two observations are too similar in mass, something which would be difficult to explain.

Even if the “twin peaks” in the data are resolved in the next release, physicists won’t find themselves kicking cans down the street in boredom: they still need to explain why there seem to be more Higgs-photon decays than they expected. ®