2012 in the channel: The year we sold EVERYTHING as a service

HP, Eurozone, Olympics - how the year shaped up for channel players 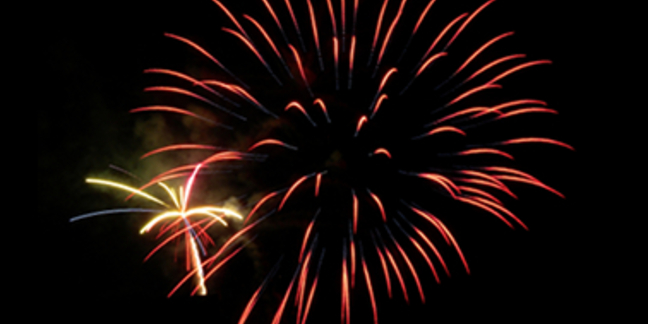 Few people would argue that this year has been one of very big highs and lows. From a personal perspective, 2012 will be remembered for the Olympics and Ryder Cup (great), weather (expletive deleted!) and the continued challenges of the economy, especially in the Eurozone.

It’s been pretty interesting in the IT space too. We've seen a continuation in the rise and rise of Apple (which has understandably levelled off a bit of late), the continued pressing of the metaphorical self-harm button within HP and an emerging feeling that Microsoft’s continued success is inextricably linked to the success of Windows 8.

We’ve reached a fascinating time in the global business environment. On the one hand, there’s no doubt that (some of) the big fish are getting very much bigger. You don’t need to look further than the IT distribution channel to see a great example of this. The "Big 4" of Arrow, Avnet, Ingram Micro and Tech Data are all acquiring smaller companies at a rapid rate in order to leverage economies of scale in global logistics, emerging technologies and vendor negotiation.

We’ve seen already huge companies such as Apple and Samsung grow significantly this year - and both of the tech giants lead with hardware. In a world where purportedly you “have to be in services to survive”, it wouldn’t be unreasonable for Apple and Samsung to take exception to this (Lenovo might join them).

On the other hand, some big companies have failed to capitalise on their position or have messed up strategically. Notwithstanding HP’s woes, the "best" recent example I can think of is Kodak. The once globally dominant imaging company and inventor of digital photography kept digital on the back burner for fear of ruining its lucrative film margins. Companies such as Canon and Nikon embraced digital and were soon followed by many others. The rest as they say is history, certainly for Kodak.

Technology companies of all sizes are being acquired by larger players, often for what appear to be unfeasibly high valuations. There’s a feeding frenzy going on and if you’re not in the thick of it, you’ll be left behind. Or will you? I would humbly suggest that HP succumbed to this frenzy during Leo Apotheker’s brief but calamitous reign at HP. The recent $8.8bn write-down of its Autonomy acquisition (following a similar $8bn action on EDS) left Meg Whitman and her management team with a mighty task of re-establishing HP’s credibility. Is it even possible to think that its future independence is in doubt?

It’s impossible to avoid cloud at the moment and bemusing that an industry that has managed to confuse more people through the use of jargon and acronyms than any other has now created a whole new market for a service that’s been around for years. Still, once a good idea always a good idea... Also, because of cloud, lots of new businesses have been and will be developing ideas and alternate solutions that challenge the established companies, including Computacenter, to up their game. This should be good for the most important people in all of this, our customers.

The reason I love this industry is that although it excites and frustrates, it’s never, ever dull. With emerging trends such as BYOD; Automation & Orchestration; Software Defined Networking/Data Centres; "mobilisation"; and analytics this trend is set to continue. For this reason alone, I’ll take 2012 as a step in the right direction.

If I could have just two wishes for the coming year, it would be a return to stability for the Eurozone and a return to form for HP.

Wishing you a happy and peaceful festive season and successful 2013. ®