Chinese probe Chang'e-2 has successfully flown by Toutatis, an asteroid named for the Celtic deity often invoked by cartoon characters Asterix and Obelix.

4179 Toutatis, to give the object its full name, has an orbit that brings it very close to Earth's, before swinging out into Jupiter's neighbourhood. Last week that orbit brought the rock close enough to Earth that China's Chang'e-2 was able to close within a few kilometres and grab some snaps.

China's space agency, the State Administration of Science, Technology and Industry for National Defense (SASTIND), isn't a patch on NASA when it comes to publicising discoveries with shiny pictures, but has let it be known the encounter means China has joined the ranks of nations capable of meeting asteroids in space, albeit in a junior capacity. 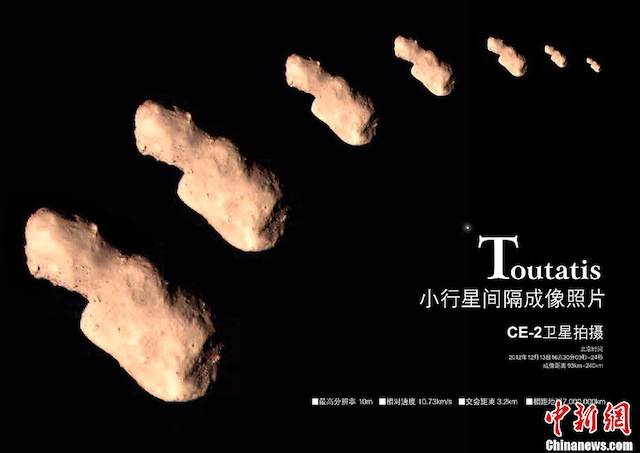 Sharp-eyed Reg readers may, however, be wondering why Weiren, whose title relates to lunar exploration, is talking about asteroid encounters. Weiren's been quoted because Chang'e-2's first priority was a lunar mapping mission. That was achieved, capturing a seven-metre resolution map of the moon's surface for posterity using some clever orbit planning. 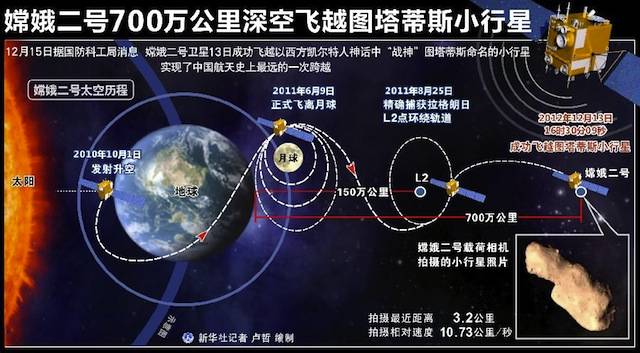 Chang'e-2 is now bound for the outer reaches of the solar system. That China was able to nudge it into an encouter with Toutatis augurs well for its ability to make other interesting visits along the way. ®