High-end gaming condensed into an 11.6in notebook

It’s hard to see quite who Eurocom thinks will buy its Monster W110ER “gaming netbook”. Surely any gamer sufficiently hardcore to feel the need to be able to take a high-end gaming system around with them - and the W110ER is a high-end machine - will want to play on a larger screen than an 11.6-incher, especially when it’s capable only of a 1366 x 768 resolution?

Well, that’s what the W110ER - actually designed and made by Taiwan’s Clevo - delivers, and Eurocom seems confident that there are punters out there who not only so need to feed their PC gaming addiction they can’t wait until they get home but also want the convenience of an on-the-move gaming machine that’s as portable such a rig can be. 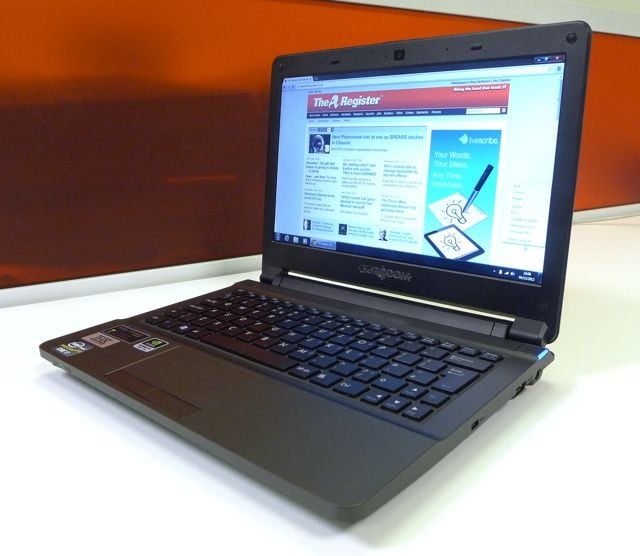 That’s the idea behind the W110ER: to cram a top-of-the-line Intel Core i7 CPU and a Kepler-class Nvidia GeForce GT 650M 2GB graphics chip into a compact chassis you can carry around easily. Eurocom pitches the W110ER as a netbook, and it has the inch-plus thickness of an older netbook, though it’s slightly larger thanks to the 11.6in rather than 10.1in screen.

Where an ordinary netbook might weigh around 1.3kg, this one a not noticeably more troublesome 1.8kg, which is still less than the 2.4kg a typical 15in machine might weigh, rising to 3.6kg for a 17in gaming notebook. The larger machines are bigger and heavier than the W110ER, sure, but not onerous to carry around in a backpack.

Eurocom is not the first manufacturer to think that some gamers might like a much more compact play PC. Dell’s Alienware subsidiary had an eleven-incher, the M11x, out a couple of years ago. It sold so spectacularly well the company stopped making it after a year of so. 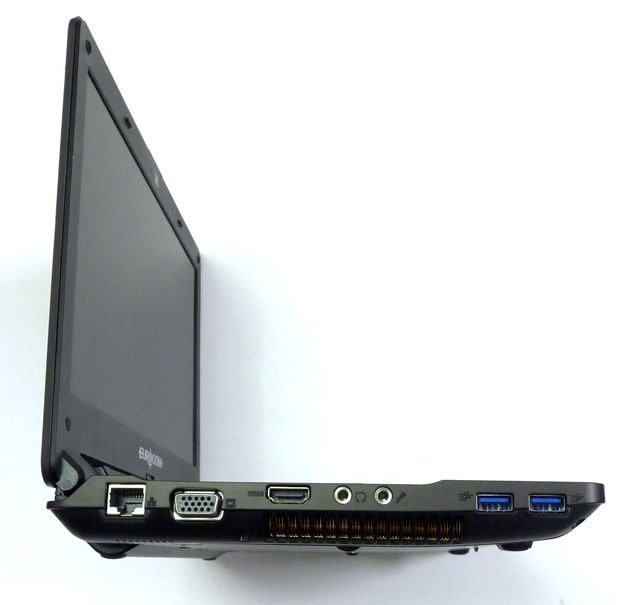 Do people still use VGA? No matter, there's HDMI, Gigabit Ethernet and USB 3.0 here too

Can Eurocom’s offering fare better? There’s certainly no small choice of build-to-order options here, the better to help an individual buyer balance performance and budget. You get the Nvidia GPU no matter what, but there’s a very wide array of Core i7, Core i7 Extreme Edition and even a token Core i5 to choose from, plus a range of Ram configurations and on-board storage alternatives.

Naturally, Eurocom sent El Reg a model configured with 8GB of Kingston HyperXRam, a 2.9GHz Core i7-3920XM and a vanilla Seagate 750GB HDD, a set-up that would have set me back £1461 had I laid down my own credit card. 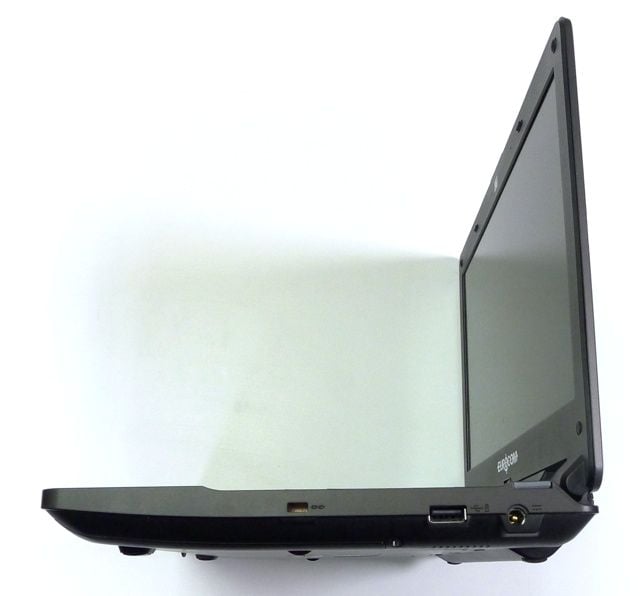 No optical drive, natch, but a USB 2.0 port at least

All of these items are accessible: CPU; HDD; two SO-Dimm Ram slots; half-size, two antenna 802.11 Wi-Fi card - just slide off the base-plate. Careful, though. Don’t, as a previous tester of the unit Eurocom sent me, work the plate so hard you break most of the clips that hold it in place tightly. A screw-down plate would have been better, I think.

Beyond the basic limitation of a small display, the W110ER’s size means there’s no optical drive. PC gamers are all using Steam - which is pre-loaded here - these days, so there’s no real need for that, though Eurocom will sell you an external unit if you want one. The other size-inflicted compromise is the inclusion of not only a keyboard but also a trackpad of reduced dimensions. They former isn’t a bad one - there’s not much flex - but players with big fingers may find the key caps too small for comfort: playing with WASD for movement and Space for fire requires you bend your hand more than you would with a full-size deck.