The two orbiters that made up NASA's Gravity Recovery and Interior Laboratory (GRAIL) have smashed into a lunar mountain at a speed of 3,760 mph as part of the mission's last experiment.

The two craft, named Ebb and Flow, have spent the last year building a map of the gravitational forces within the moon. They also carried MoonKAM, the first cameras put on a NASA mission purely for the purpose of terrestrial school education. But with the probes' remaining propellant almost exhausted, the mission ended on Monday with a controlled crash at around 2:30pm Pacific Time.

"We'd hoped for another six months lifespan for GRAIL, but it was not to be," said project manager David Lehman of NASA’s Jet Propulsion Laboratory. "It's going to be emotional; I've brought a handkerchief just in case."

After spending a year flying the probes just 35 miles above the lunar surface, NASA decided to end the GRAIL mission and picked out a spot to crash them. The site, on the side of a lunar mountain, was extensively investigated by Lunar Reconnaissance Orbiter (LRO) and NASA will be taking more images over the next few weeks to examine the wreckage.

You might ask why not leave the craft in orbit for as long as possible, considering the expense and effort needed to get them up there in the first place, and let them crash naturally. But it's in line with NASA policy to keep a tight control on its hardware. 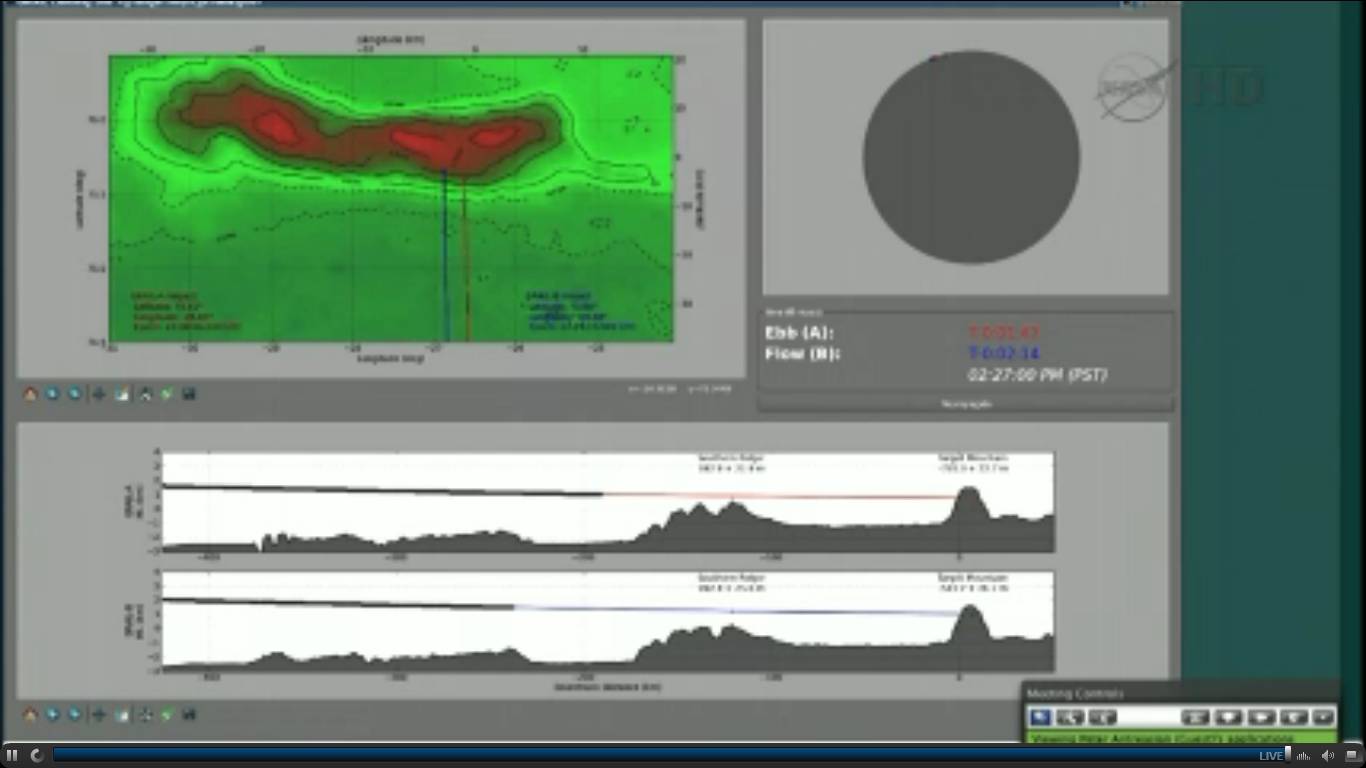 There are 23 sites of historical interest on the moon, all US or Russian landing spots, and the agency extends a two kilometer exclusion radius around them, Lehman explained. In order to avoid interfering with them, NASA chose to deorbit the crafts manually.

But there was still time for one last experiment. NASA got Ebb and Flow to fire a series of thrusts to totally exhaust their fuel supplies. Ebb had enough left to add 20 meters per second to its speed, with Flow having a touch more to get to around 26 meters per second.

"It's very rare for a NASA mission to do a burn to depletion," Lehman said. "By doing this we can compare the actual fuel left and match it to our estimates. That way we can better manage future missions."

The GRAIL mission came in below budget and exceeded expectations, explained principal investigator Maria Zuber of the Massachusetts Institute of Technology. In nearly a year of operation, GRAIL has provided the most accurate gravitational maps of any body in the Solar Systems (Earth excepted) and has thrown up a number of surprises. 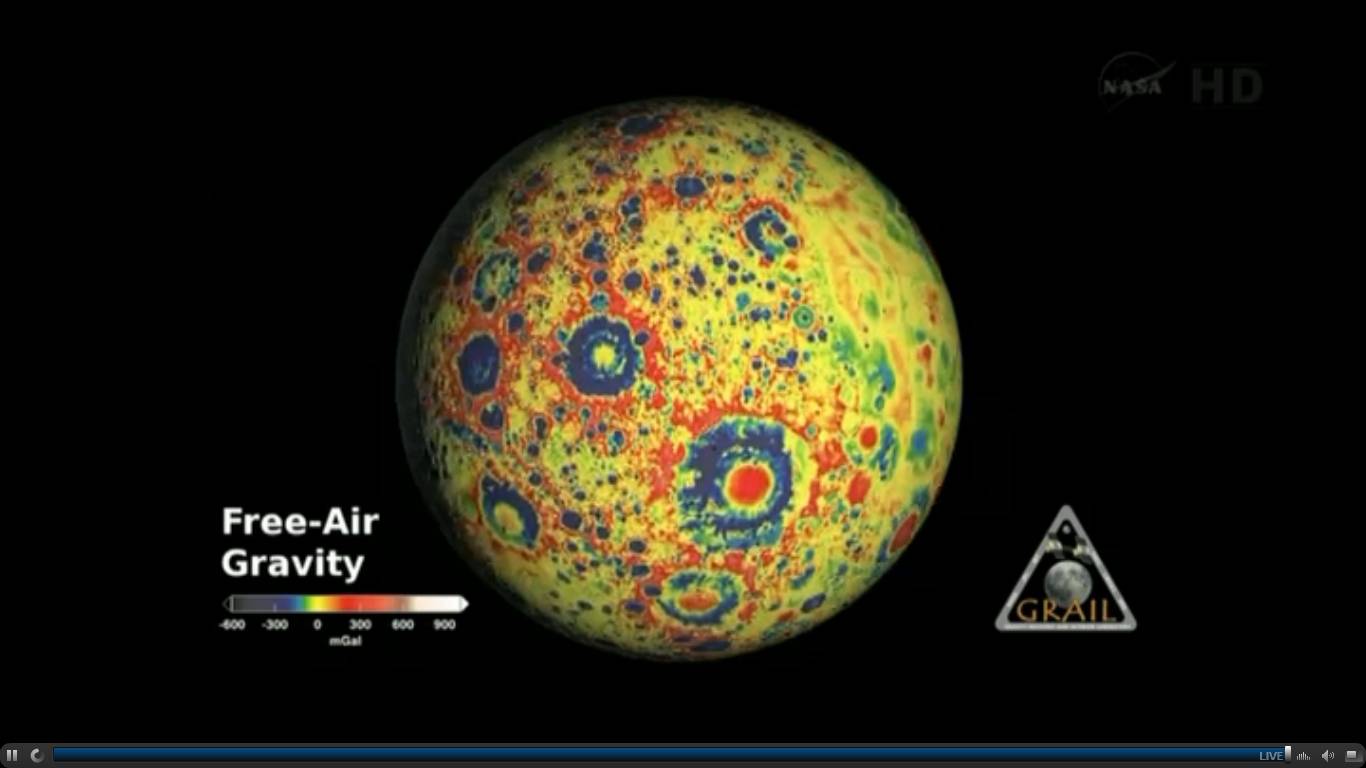 Blue (and yellow and red) moon (click to enlarge)

On the mapping side, GRAIL found that the surface crust of the moon is a lot thinner than was originally thought. The interior of the moon is also heavily fractured, much more so than first thought, and this makes it likely that other planets in the Solar System have the same cracked makeup, Zuber said.

The scan also showed that the moon is riven with massive underground dykes that are hidden under the surface. These were formed when the moon was younger and considerably hotter than it is today, and show that the planetoid has expanded slightly since it was formed.

The experience of flying satellites so low over the lunar surface is also going to prove very useful, Zuber explained, both for manned and unmanned missions. The team managed to reduce the height of GRAIL to very low levels, and will use that to configure other missions.

The final resting place of the two probes has now been officially renamed the Sally K. Ride Impact Site, in honor of America's first female astronaut. Ride, who died of pancreatic cancer earlier this year, made it into orbit in 1983 (20 years after the first female space traveler, Russian cosmonaut Valentina Tereshkova) and spearheaded NASA's educational outreach program after retiring from the agency.

"Sally came from a generation that grew up watching Apollo," said her sister, the Rev. Bear Ride. "She gave herself to igniting kids with curiosity and science. It's really cool to look up and know there's a little part of it named for Sally." ®