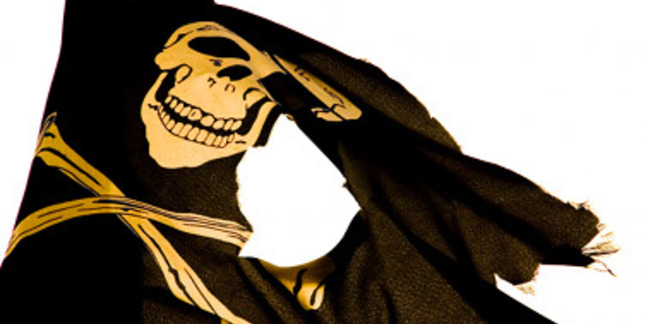 The Australian Federation Against Copyright Theft (AFACT) has opened a new front in its war on piracy with a web site aimed at educating cinema staff on how to detect and prevent illicit recordings.

AFACT’s members include the Motion Picture Association, Disney, Fox, Warner Brothers and other large studios. The organisation was the plaintiff in the trials of Australian internet service provider iiNet, which AFACT tried to hold responsible for illegal downloads by its subscribers.

The tips offered to ushers include looking out for glowing lights, being extra vigilant on the first day of screenings and also during late night or early morning shows when few patrons are in the cinema. The site also says pirates can come as a family, while some “have even brought small children or babies with them to use as a cover.”

On a page titled "Response" the site explains what staff should do if they find pirates in a cinema. Asking them nicely to leave is one option. “Ask person to surrender recording equipment” is another, as is calling police. If John Q Law doesn't show up in a timely fashion, the site suggests “cinema management and/or cinema security should prevent or interfere with the illegal recording by standing in front of the recording device.”

The advice also says “Cinema employees should never put themselves or their customers at risk and should never use physical force or detain the individual.”

The executive director of Australasia’s National Association of Cinema Operators (NACO), Michael Hawkins, endorses the new site and apps in AFACT’s canned statement on the matter, saying it will “will assist cinema staff throughout the region by having an information source and a reporting mechanism at their fingertips.” The canned statement also suggests cinema staff “are encouraged to take the quick test as part of their induction training.”

But the Media, Entertainment and Arts Alliance, Australia’s union for creative folk and therefore someone well and truly opposed to piracy, isn’t happy with those suggestions. In a chat with The Register, the Alliance’s director of entertainment, crew and sport Malcolm Tulloch said “We would not support any instruction by any cinema owner that would be a very provocative response and would put cinema workers’ lives in danger and at risk. We think it would be in breach of the Workplace Health and Safety Act.”

Tulloch added that if an incident occurred in which a member was harmed or abused, he feels the Alliance would use material from Mad4.org as evidence to prove an unsafe workplace.

“If piracy is such an issue, cinema owners should employ security,” Tulloch added. “But they won’t because they cost too much.”

Cinema workers, he added, are often very young and would find the measures described on Mad4.org as “very confronting”.

Neither the NACO or AFACT had responded to our inquiries at the time of writing. ®

A tale of Twitter fraudsters, an infosec biz boss, and a quest for one honeypot hit

This is a lawsuit, you filthy-minded people