So you wanna be a playa?

To have a sport - electronic or otherwise - you need players. Success depends on both skill and capturing the imagination of the viewing public. A typical skilled professional gamer practices 8 to 12 hours per day. They must invest heavily in their equipment; consumer grade input devices and displays are crap. Better response times, ergonomics, tactile feedback and overall reliability come at a premium price: a proper gaming mouse can run to more than $70 (£43) versus $10 (£6) for your run-of-the-mill office mouse. A few milliseconds of latency here, a bad sensor over here… it all adds up to a significant advantage.

Players pursue eSports for the same reasons as any conventional athlete; money can be a factor, but a love of competition is the most frequently cited driver. In a brief interview, Kevin 'coL.qxc' Riley - an American professional gamer for Complexity Gaming who has a bachelor's degree in computer science - said: "I decided to pursue pro gaming because I find the competition to be more engaging than programming or working a 'regular' job."

Salaries for a professional gamers vary quite heavily, some as low as $500/month to the six-figure mark at the other end of the bell curve.

Direct sponsorship isn't a professional gamer's only potential source of revenue. Some professional players can supplement their income by offering coaching; typically a Skype call with an hourly rate where the player identifies flaws in a student's gameplay and helps them correct their approach. Players can also earn revenue from streaming. Riley mentions that while he does stream and provide coaching services, this does not constitute much aside from his salary. He also reminds us that "success as a player depends mostly on tournament results, but success in the scene as an entertainer or coach doesn't. There's a lot of opportunities open right now for ex-professional gamers, but the scene is still so young that there aren't many retired players yet." Unlike the more established traditional sports, there are few talent scouts in eSports. Success depends as much upon self promotion, the ability to schmooze as it does your raw skill. "I would like to see the scene get bigger. More players, more everything," says Riley. 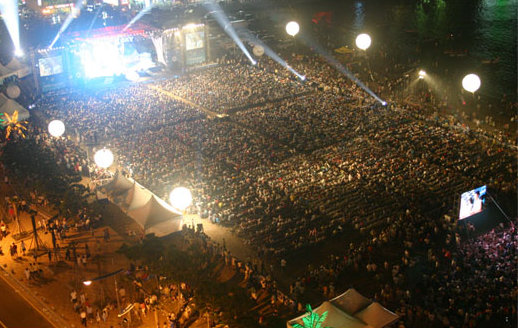 Starcraft in South Korea is a national sport

Breaking in to eSports isn't easy. Unsponsored and teamless players, along with sponsored players who do not receive a salary big enough to pay the bills, face a catch 22: they have to attend school, work and so forth. This pulls away from practice time, making it harder to get that "big break" win at a tournament. Sponsored players can have many, if not all, of the costs associated with eSports "taken care of", allowing them to focus entirely on practice. This makes for more tournament wins, and also more time in the spotlight. Sponsorships can cover free gaming gear (mouse, keyboard, headset, etc); admission, travel & accommodation to events; permanent housing or even a full-time salary. Some teams can take a portion of its player's tournament winnings to help cover costs such as housing.

Professional eSports teams are effectively full blown marketing agencies; the product they are selling is the players themselves. The economics of this are no different than traditional sports: professional gamers endorse products, attract crowds and need both success and notoriety to be seen as safe investments. Funding comes from sponsors, selling team-branded merchandise and advertising revenue on things like the jerseys their players wear to events or the banners they display on their websites and live streams.

Tournaments are the bread and butter of eSports. Large tournaments are sponsored by vendors that advertise in the venue and on the live broadcasts. This (as well as event admission fees) pays for prizes, renting the venue, flying invited players out, operational expenses, etc. Tournaments can be held online or offline; online tournaments are 'quick and dirty' and only really good for qualifiers and lower-stakes games. 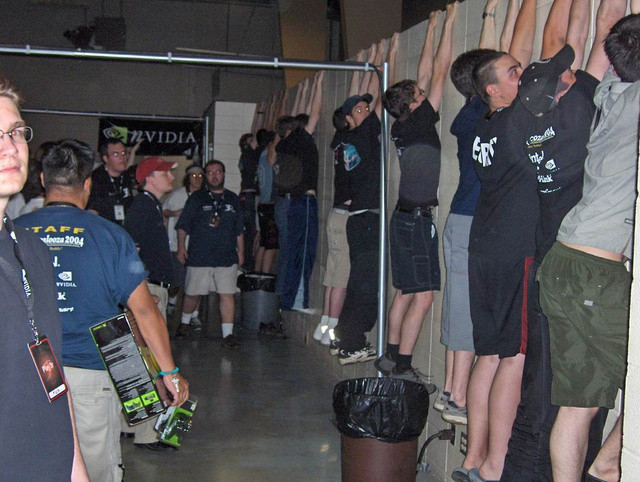 Lag is a serious concern when talking about online gaming; a 40ms advantage can mean the difference between victory or defeat. Most offline tournaments do not have this problem, given that they are playing on a LAN. Offline events also lend themselves much better to the "live theatre" aspect of an eSports production. Logistics are simpler in a physical tournament: it's easier to get players into postgame interviews and build a storyline for the duration of the tournament. Professional camerawork can be done; the emotions playing across the faces of the gamers are as important to the audience as the action taking place in the game.

The North American Star League (NASL) is a popular example of professional online tournament hosting. Popular offline tournaments include MLG, Dreamhack and the GomTV-run Global Starcraft II League (GSL). Smaller, local LAN parties may host qualifiers for larger tournaments, or smaller tournaments of their own. Live viewership of these events has also demonstrated impressive growth. Earlier this November, MLG hosted the Fall Championships of its 2012 circuit, which has seen a 334% growth in viewership over the 2011 season.

Your humble scribes have attended LAN tournaments as staff as well as professional gamers. These events carry serious engineering considerations rivalling any other major entertainment event. On the networking side, broadcast traffic is a real concern; slap 10,000 poorly configured PCs on a single subnet and the traffic you sniff is enough to make a systems administrator weep. Breaking up the broadcast domain isn't easy. From experience, every single link on the LAN is absolutely flattened for the duration of the event. If you want to bridge subnets you need powerful routers - preferably ones that QoS windows file sharing right into the ground.

Malware propagation and power are additional concerns, ones that LAN organisers take seriously. It is not unheard of to face blown power distribution boxes or have unprotected PCs crater within minutes of hitting the LAN. Dreamhack is explicit about the need for firewalls and anti-malware. Its organisers also limit each seat at the tournament to 275W total power draw. From experience, that's about right; a lot of gaming rigs will surpass that while in game, but not everyone is in game at the same time. Assuming that the various connected systems average out to 275W continuous draw, then Dreamhack 2012's 15,427 unique hosts would have pulled over 4.2 megawatts of power. If that isn't impressive enough, Dreamhack 2012 sported a 40Gbit internet connection.

Sponsors include vendors, advertising agencies, or any entrepreneur who feels they will find decent returns by investing in eSports. Ben "FishStix" Goldhaber, community outreach manager for Twitch.TV, supports events through live broadcasting. He monetises the streams through advertisement, allowing individual pro gamers, teams or tournament organisers to place certain aspects of the live broadcast behind a paywall. HD bitrates, subscriber-only content, chat functionality, access to VoD archives, and so forth have all proven to be "things to make that HD ticket more enticing," says Goldhaber.

Twitch.TV has a mailing list with 1 million subscribers, offers social media promotion, and sees over 1 million hits per day to the front page. Twitch.TV can display promotional content unique to a given stream and offers round-the-clock technical support alongside an extremely robust streaming network. Attracting an audience to your stream is something that remains "deep magic" to most in the online marketing world: Goldhaber claims that less than 1 per cent of active streams are monetised, but they account for the vast majority of total views. "If you go and look at the directory [on Twitch.TV] at any given time, any streamer getting big viewership is probably going to be a partnered streamer. It's pretty rare that someone comes out of the blue and hasn't talked to us first."

As eSports becomes more popular, demand for game servers increases. Game servers are not the only source of revenue for data centre operators, dedicated communications servers for applications such as Ventrilo or Teamspeak are also popular. Players pay to rent these private servers in order to game with their friends on servers they control; in turn these companies often sponsor tournaments to drum up business.