Review of 2012 Great Britain reminded the world who invented the web at London 2012 Olympics, Apple cocked up its maps, Microsoft returned to hardware with Surface, we saw a rise of the machines on Wall Street and many of us rubbed our hands with glee as Facebook IPO's deflated. This was the last 12 months in technology. So put the in-laws on hold and tell your partner you've got some crucial, top-level code that needs debugging. Settle in behind your screen... it's The Reg's review of this year's big stories.

Steve Jobs was Apple’s biggest asset and its biggest problem. Under Jobs, people had started to expect nothing less then genre-busting developments from Apple. What if he weren’t around, though? Could Apple deliver? That was Tim Cook’s question to answer in 2012.

Under Jobs, Apple punched above its weight, harnessing ideas to deliver the Mac, iPod, iTunes, iPhone and iPad and setting the agenda to break Adobe’s Flash and forcing the world's largest software company - Microsoft - to follow its lead.

Could Cook keep the balloon afloat? By August 2012 pundits reckoned "yes", cooing over a one-year anniversary that coincided with Apple becoming the most valuable company in history as its value hit $620bn. Meanwhile, Wall St was feeding on rumours of the as-yet-unreleased iPhone 5 and the iPad mini.

It was the calm before the storm.

In September, Apple rolled out a seemingly innocent update to iOS 6 featuring iOS Maps, a supposed alternative to Google Maps. But iOS Maps provoked outrage - the product was light years away from the polish expected of Apple, with crude and low-image resolution that made buildings look like they were melting, inaccurate descriptions and locations, and life-threatening directions. 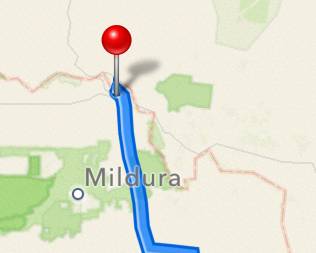 You are not here: iOS Maps disaster

Politics ensued: Scott Forstall, the exec who oversaw iOS Maps inside the mobile software unit, was asked to resign - or so it emerged after he refused to put his name to a public apology. That left Cook to step up with his second apology, following a September iCloud outage. Forstall was a 15-year Apple veteran and a protégé of Jobs. What followed was an executive shuffle that moved more of the old Jobs execs around and also led to the departure of new retail chief John Browett.

That highly anticipated iPhone 5 debuted in October, to mass confusion. Was it brilliant or just the same old iPhone with a few tweaks? With no Steve Jobs reality distortion field to tell everybody what to believe, no consensus of opinion could be achieved. Five million of the new Jesus phones were sold on its opening weekend in Europe and the US, and two million were snapped up in China - impressive numbers, but not enough for investors. Apple’s shares saw their biggest single-day loss in four years – falling more than 6 per cent to $538.79bn on 5 December. Citi Research later downgraded Apple's stock, blaming diminishing hype around the iPhone 5 and improving competition in smartphones.

The market certainly had changed since the days of Apple's blitzkrieg growth in 2007 and 2008. Today, iOS is stable on 15 per cent of the world’s smartphones compared to 75 per cent for Android from Google, according to IDC. The analyst reckoned 136 million Android devices were shipped in the third quarter of this year with iOS a distant second place with fewer than 27 million devices shipped.

The iPad Mini also launched in October but to deflating analyst expectations: Piper Jaffray expected between 1 and 1.5 million iPad Minis would sell during the gadget's first weekend on shop shelves, a figure half that of Apple's previous iPad launch.

Apple exits 2012 predictably and inevitably bruised, some might say slightly humbled. The company changed this year. Cook proved he can be a tough manager with the shake-up following iOS maps, but the fact iOS maps was even allowed to happen demonstrated Apple now has a CEO that's not an obsessive perfectionist ogre involved in the minutiae of product decisions.

This year Apple manged two iterations to existing game changers with the iPhone 5 and iPad Mini. Apple should be happy if next year it can do in smartphones and tablets against Android what it did on PCs against Microsoft: carve out a firm presence, with Google and Android playing the mass-market leader role of Microsoft and Windows from the world of the PC.

But the great unanswered remains: what’s the next game changer from Apple and from Cook? Is there a big idea waiting in the wings and can it win back the moneymen who fell out of love with the Cupertino computer maker during 2012 and will it continue to woo buyers outside the immediate fanboi herd? Some had, rather, predictably already made up their minds. We're not so sure.

The future is a funny thing – it never quite arrives as you’d planned.

Such was Microsoft’s fate in 2012. It delivered Windows 8, an operating system it claimed would usher its client operating system into a world of touchy tabs. Microsoft also unveiled its second piece of hardware since the Xbox, the Surface tablet.

Yet reviews of both were mixed, sales seemed to miss expectations and Microsoft lost Windows chief Steven Sinofsky mid-way through the Surface launch cycle in what seemed to be some kind of personal or political clash.

The build-up had been huge.

For more than a year, Microsoft promised Windows 8 wouldn’t just bring touchscreen input to computers, and put Windows on tablets, it would also put Windows on chipsets running the ARM embedded architecture. ARM already dominates smart phones with plans to expand into tablets, keeping Intel out.

Only, the closer to launch, the stronger the head winds became. There was a growing drumbeat of criticism over the Windows 8 Metro UI and Redmond's attempt to straddle touch and the classic Windows desktop experience.

Mid-year Microsoft seemed to throw this off with Surface on ARM and Intel, which wowed fans and seemed to confound prophets of Microsoft's doom.