30 years ago, at flip of a switch, the internet as we know it WAS BORN

How TCP/IP nearly fell at the first hurdle 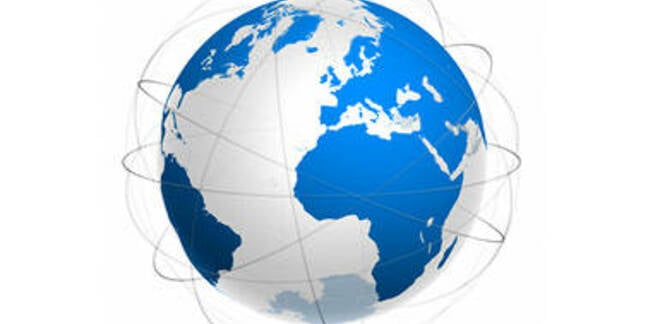 Analysis Thirty years ago this week the modern internet became operational as the US military flipped the switch on TCP/IP, but the move to the protocol stack was nearly killed at birth.

The deadline was 1 January, 1983: after this, any of the Advanced Research Projects Agency Network's (ARPANET) 400 hosts that were still clinging to the existing, host-to-host Network Control Protocol (NCP) were to be cut off.

The move to packet switching with TCP/IP was simultaneous and co-ordinated with the community in the years before 1983. More than 15 government and university institutions from NASA AMES to Harvard University used NCP on ARPANET.

With so many users, though, there was plenty of disagreement. The deadline was ultimately set because everybody using ARPANET was convinced of the need for wholesale change.

TCP/IP was the co-creation of Vint Cerf and Robert Kahn, who published their paper, A Protocol for Packet Network Interconnection (warning: PDF) in 1974.

ARPANET was the wide-area network sponsored by the US Defense Advanced Research Projects Agency (DARPA) that went live in 1969, while Cerf had been an ARPANET scientist at Stanford University. The military had become interested in a common protocol as different networks and systems using different protocols began to hook up to ARPANET and found they couldn’t easily talk to each other,

Cerf, who today is vice-president and "chief internet evangelist" at Google, announced the 30th anniversary of the TCP/IP switchover in an official Google blog post titled "Marking the birth of the modern-day Internet".

The 1983 deadline’s passing was anticlimactic, Cerf recalls, considering how important TCP/IP became as an enabler for the internet. Cerf writes:

When the day came, it’s fair to say the main emotion was relief, especially amongst those system administrators racing against the clock. There were no grand celebrations—I can’t even find a photograph. The only visible mementos were the “I survived the TCP/IP switchover” pins proudly worn by those who went through the ordeal!

Yet, with hindsight, it’s obvious it was a momentous occasion. On that day, the operational Internet was born. TCP/IP went on to be embraced as an international standard, and now underpins the entire Internet.

It was a significant moment, and without TCP/IP we wouldn’t have the internet as we know it.

But that wasn’t the end of the story, and three years later TCP/IP was in trouble as it suffered from severe congestion to the point of collapse.

TCP/IP had been adopted by the US military in 1980 following successful tests across three separate networks, and when it went live ARPANET was managing 400 nodes.

After the January 1983 switchover, though, so many computer users were starting to connect to ARPANET - and across ARPANET to other networks - that traffic had started to hit bottlenecks. By 1986 there were 28,000 nodes chattering across ARPANET, causing congestion with speeds dropping from 32Kbps to 40bps across relatively small distances.

It fell to TCP/IP contributor Van Jacobson, who’d spotted the slowdown between his lab in Lawrence Berkeley National Laboratory and the University of California at Berkeley — just 400 yards and two IMP hops apart – to save TCP/IP and the operational internet.

Jacobson devised a congestion-avoidance algorithm to lower a computer's network data transfer speed and settle on a stable but slower connection rather than blindly flooding the network with packets.

The algorithm allowed TCP/IP systems to process lots of requests in a more conservative fashion. The fix was first applied as a client-side patch to PCs by sysadmins and then incorporated into the TCP/IP stack. Jacobson went on to author the Congestion Avoidance and Control (SIGCOMM 88) paper (here) while the internet marched on to about one billion nodes.

And even this is not the end of the story. Years later, in an interview with The Reg, Jacobson reckoned TCP/IP faces another crisis - and, again, it's scalability.

This time, the problem is millions of users surfing towards the same web destinations for the same content, such as a piece of news or video footage on YouTube. Jacobson, a Xerox PARC research fellow and former Cisco chief scientist, told us in 2010 about his work on Content-Centric Networking, a network architecture to cache content locally to avoid everybody hitting exactly the same servers simultaneously. You can read more here. ®