NASA: There are 17 BEEELLION Earth-sized worlds in Milky Way

Scientists scrubbing up data about starlight from NASA's Kepler telescope have used it to estimate that there are 17 billion other Earths in our galaxy, the Milky Way. 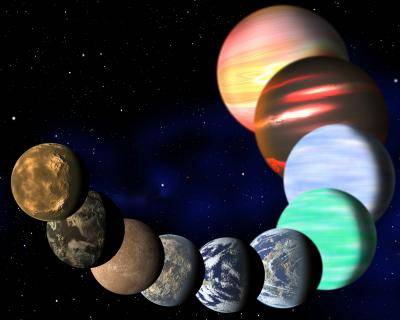 Astrophysicists at the Harvard-Smithsonian Center for Astrophysics have been poring through light signals from stars in our corner of the galaxy searching for other habitable planets in the universe. Using the slight dimming that occurs when planets cross a star and partially eclipse it, the satellite-mounted telescope has been monitoring light signals from nearby stars, 2,400 of them, and a cleaned-up version of the results was presented yesterday at a meeting of the American Astronomical Society.

Francois Fressin of the Center for Astrophysics revealed that 17 per cent of stars have an Earth-sized planet in an orbit of 100 days or less. With 100 billion stars in the Milky Way, he extrapolated out that this makes for 17 billion Earth-sized planets in our galaxy alone.

Using the same stats, Fressin estimated that 25 per cent of stellar systems observed have a SuperEarth, a planet 1.25 - 2 times the size of Earth in an orbit of 150 days or less. 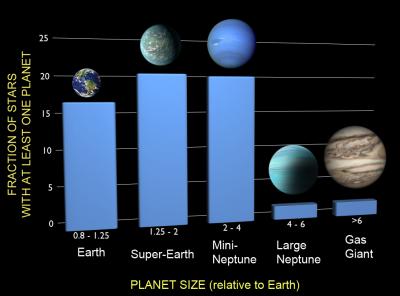 The researchers used a simulation of the Kepler survey to work out how many of the signals were noise, estimating that only a tenth were false positives after checking against some of the other ways that NASA searches for planets. Fressin says:

There is a list of astrophysical configurations that can mimic planet signals, but altogether, they can only account for one-tenth of the huge number of Kepler candidates. All the other signals are bona-fide planets.

As Kepler gathers more data, planets further away from their stars in longer orbits will become visible. The next piece of work for the telescope, and the data analysts is how many of those planets are likely to be in the habitable zones of their solar systems.

In a separate announcement, NASA announced the discovery of 461 new planet candidates. It said that four of the potential new planets were less than twice the size of Earth and orbit in their sun's "habitable zone" - meaning they could store liquid water, making them "potentially life-bearing".

The Kepler is NASA's attempt to find other habitable planets in our universe. ®

The research from the Harvard-Smithsonian Center for Astrophysics, presented at a meeting of the American Astronomical Society, has been accepted for publication in The Astrophysical Journal