The bit that Oracle spat out

EMC has just bought storage and cloud automation biz iWave, which does business with several of EMC's storage rivals.

iWave CEO Brent Rhymes said: "I’m thrilled to announce that we are now part of EMC... iWave has successfully collaborated with EMC Corporation for years. [We] strongly believe that this is the right and logical next step in what has been a very successful partnership with EMC." Rhymes joined iWave in April 2007.

The product and company history is pretty involved. The IT service management (ITSM) integration software product, called iWave Integrator, started up in 1993. Its founders are history - and iWave had since become part of Skywire Software LLC, a subsidiary of Hall Financial Group in Dallas. 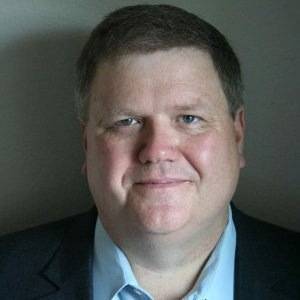 At the spin-off point, Brent Rhymes was promoted from general manager for iWave Integrator to iWave Software President and CEO. Skywire Software itself was bought by Oracle in June 2008 for an undisclosed amount. Presumably Oracle did not want the iWave bit.

The chairman of iWave's board is Don Braun, president of the Hall Financial Group. A director is Craig Hall, described as iWave's owner and a real estate mogul in the Dallas Business Journal. Another director is Patrick Brandt, the ex-president and CEO of Skywire Software - it's a small world in Dallas.

iWave has offices in Moncton in Canada, and in the UK, in London. We don't know what EMC will do with these offices, but iWave staffers will be absorbed into EMC's Advanced Storage Division.

The company's website is exceedingly odd. Any attempt to find out about its management team, board of directors or other information from the top menu bar requires you to sign up to some biz-social portal called Hubspot - a web-based inbound marketing facility. In this case it just gets in the bleeding way.

The company's main product is iWave Automator, a product suite that:

V6.0 of this was announced in May last year as a Storage as a Service product available for resale by companies using their existing storage environments. End users can provision their own storage via a service portal. The release included:

A storage automation webinar dealing with EMC and NetApp environments included a "demonstration of how iWave Storage Automator provisions, reclaims and manages myriad storage products from NetApp, EMC and Dell, all from a single portal."

iWave bought Enigmatec's EMS Run Book Automation Suite in April 2010. Enigmatec, a virtualisation management company, was bankrupt and the product suite was bought for between $2m and $5m. The product suite brought in technology to automate disaster recovery and virtual machine set-up.

No financial terms for the EMC acquisition of iWave were disclosed. ®